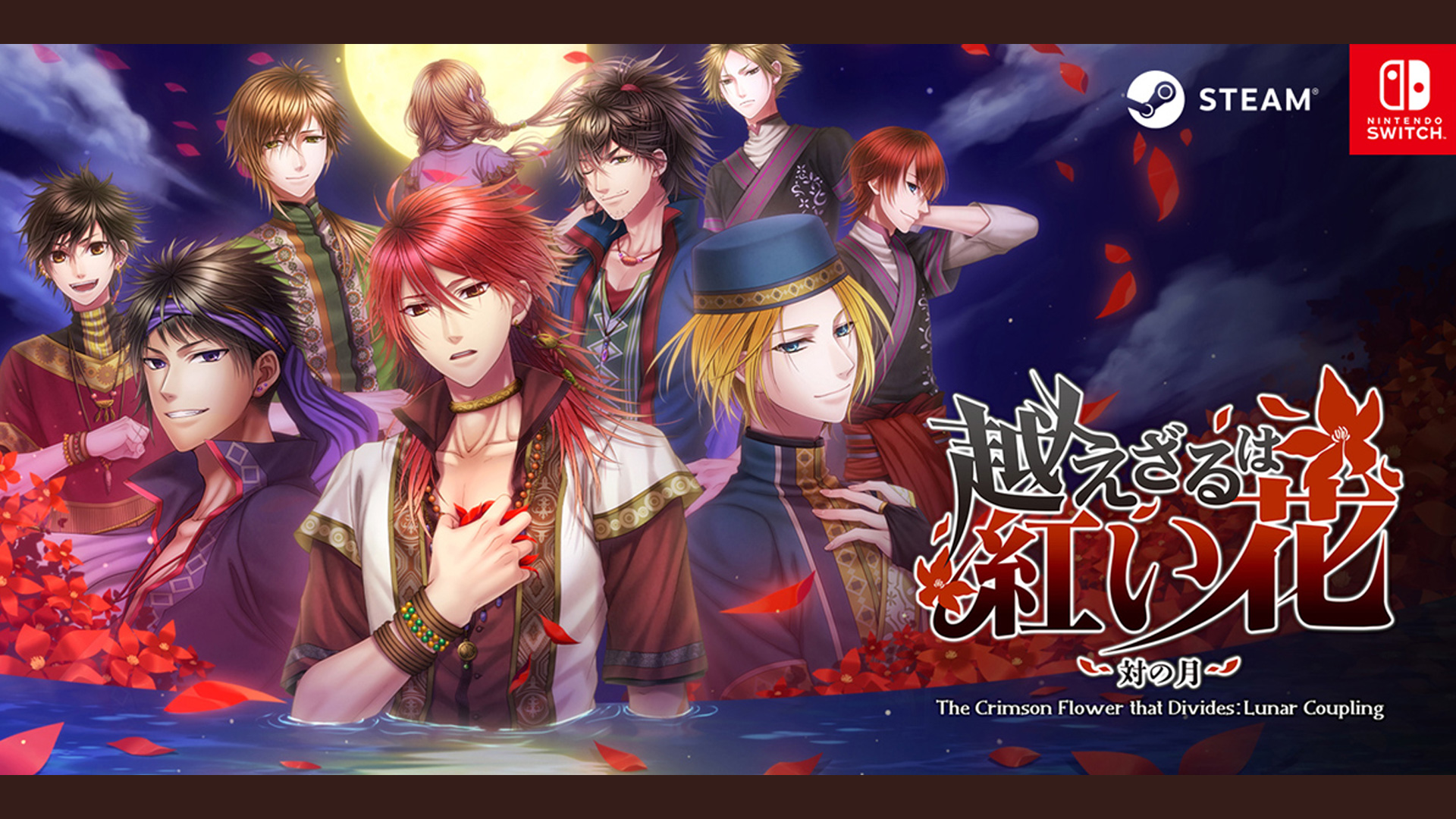 Publisher dramatic create and developer Operetta Due have announced that The Crimson Flower that Divides: Lunar Coupling will be released worldwide for Nintendo Switch on February 23rd, 2023. The Steam release of the otome game is due to follow soon.

Watch the opening movie trailer down below:

The Crimson Flower that Divides: Lunar Coupling is an otome romance adventure game that depicts rich romantic relationships involving the countries, conflicts, and beliefs of its characters. The game originally released in Japan in 2012 on PC and was ported to PlayStation Portable, followed by the PS Vita. The upcoming Switch version is expected to tone down its R-18 content and will also have new story additions handled by the original team.

A fictional world that’s full of exoticism. This is a romance adventure game for women that depicts rich romantic relationships that involve the character’s countries, along with conflicts and beliefs.

The Crimson Flower that Divides, a PC Otome game that gained popularity due to its rich story and unique world view, is now available on the Nintendo Switch with new additional elements.

The story unfolds on a continent where the number of women has drastically decreased due to an incurable disease known as “The Rot.”

Her childhood friend Auri, the next king of Rus and someone whom she adores like a brother, supported her through her hardships.

Several years after that nightmarish night…

Naala was welcomed into the royal family, and began to feel at ease in her life as Auri’s bride to be.

The nightmare begins again, as a decision will have to be made in front of the Nasla army that is kidnapping women.

Will Naala’s future be one of subordination, or…?

• Includes all the new elements added to the PSP and PS Vita versions released in Japan! Plus subtitles have been added to voice dramas.

• New, never-before told stories from the perspective of the main characters!