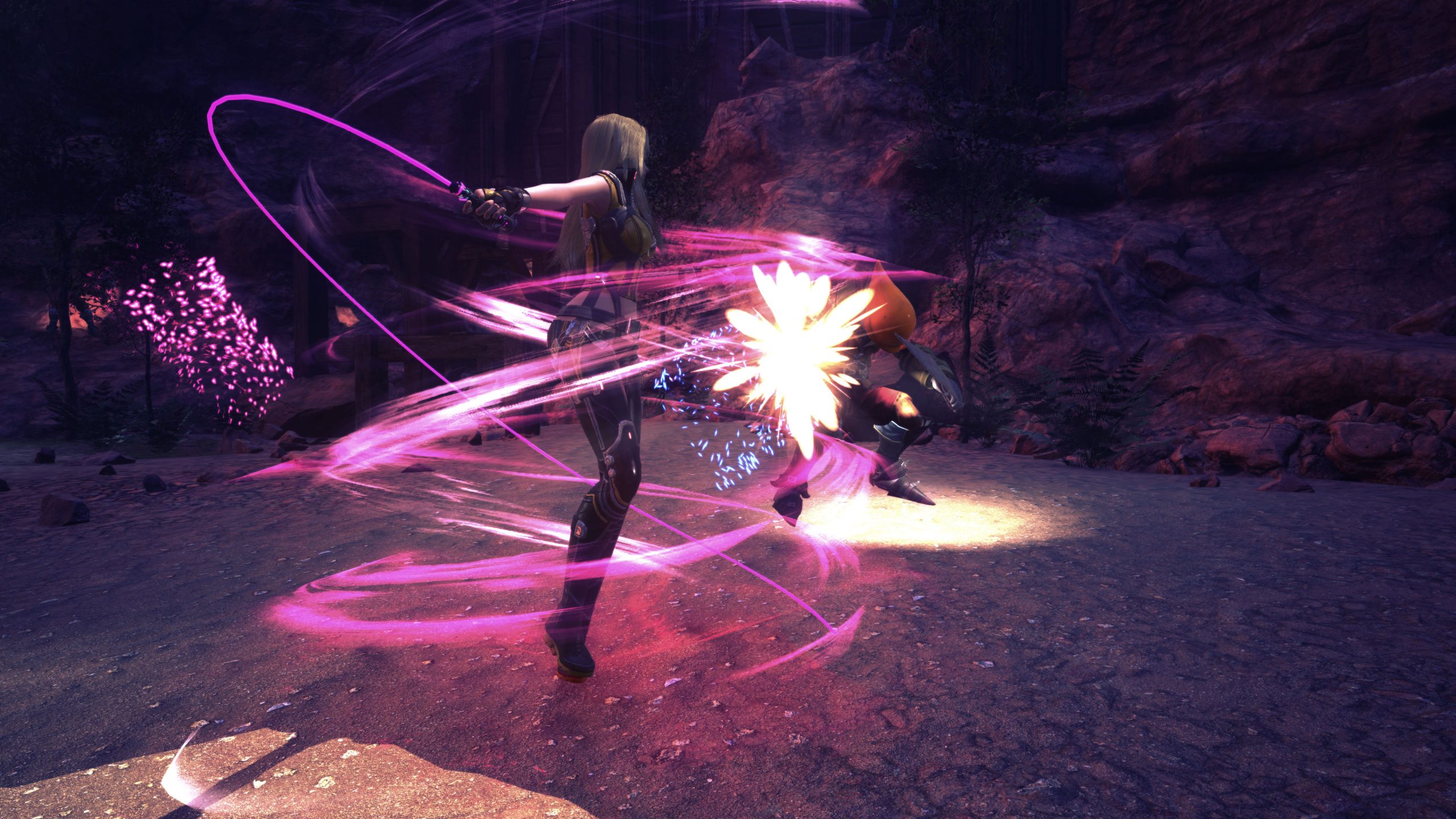 Marielle is the first officer of the Astoria the federation ship shot down by the merchant vessel Ydas. Yet, for reasons unknown, she two makes her way to the planet of Aster IV. There, she happens upon Raymond and the others.

As an elite federation soldier, Marielle in hand to hand combat and firearms. When she performs her special Vatting ability, D.U.M.A locks onto her weapon, and they fire a beam more powerful than any cannon known to man.

Mission Report 4 gives players a further introduction to Marielle and also highlights some of the title’s supporting cast such as Chloe Kanaris, Antonio Lawrence, and Welch Vineyard. Chloe is the pilot of the merchant vessel Ydas while Antonio is the captain. Welch, on the other hand, is the self-proclaimed beautiful merchant magnate who hopes to one day reestablish the Vineyard family.

The video also reveals that players progressing through Star Ocean: The Divine Force will eventually be able to craft powerful items from the bits and bobs they’ve collected along the way.

Each character has different talents, from compounding to smithwork, that will allow players to craft a range of different items to aid them on their journey. Talents can be improved upon, allowing the player to make more powerful items.

Private Actions are events that take place when a player enters a town. They’re “one-of-a-kind” personal interactions that can strengthen the bonds between party members. Square Enix warns players to choose carefully as these interactions can improve or worsen their relationships with characters and even impact Star Ocean: The Divine Force‘s ending.

Throughout the game, players will be able to take part in a minigame called Es’owa. Competing in this chess-inspired activity will allow players to increase their rank.

Pawns, which are used to play the game, can be collected throughout the world. Different pawns have unique abilities, and players can mix and match the pieces to suit their style and strategy.

Star Ocean: The Divine Force is set to release on PlayStation, Xbox, and PC via Steam on October 27th! For more information regarding the title, head on over to RPGFan’s game page where you can find all our previous Divine Force coverage.

For future news on the Star Ocean series, you’re already in the right place here at RPGFan.