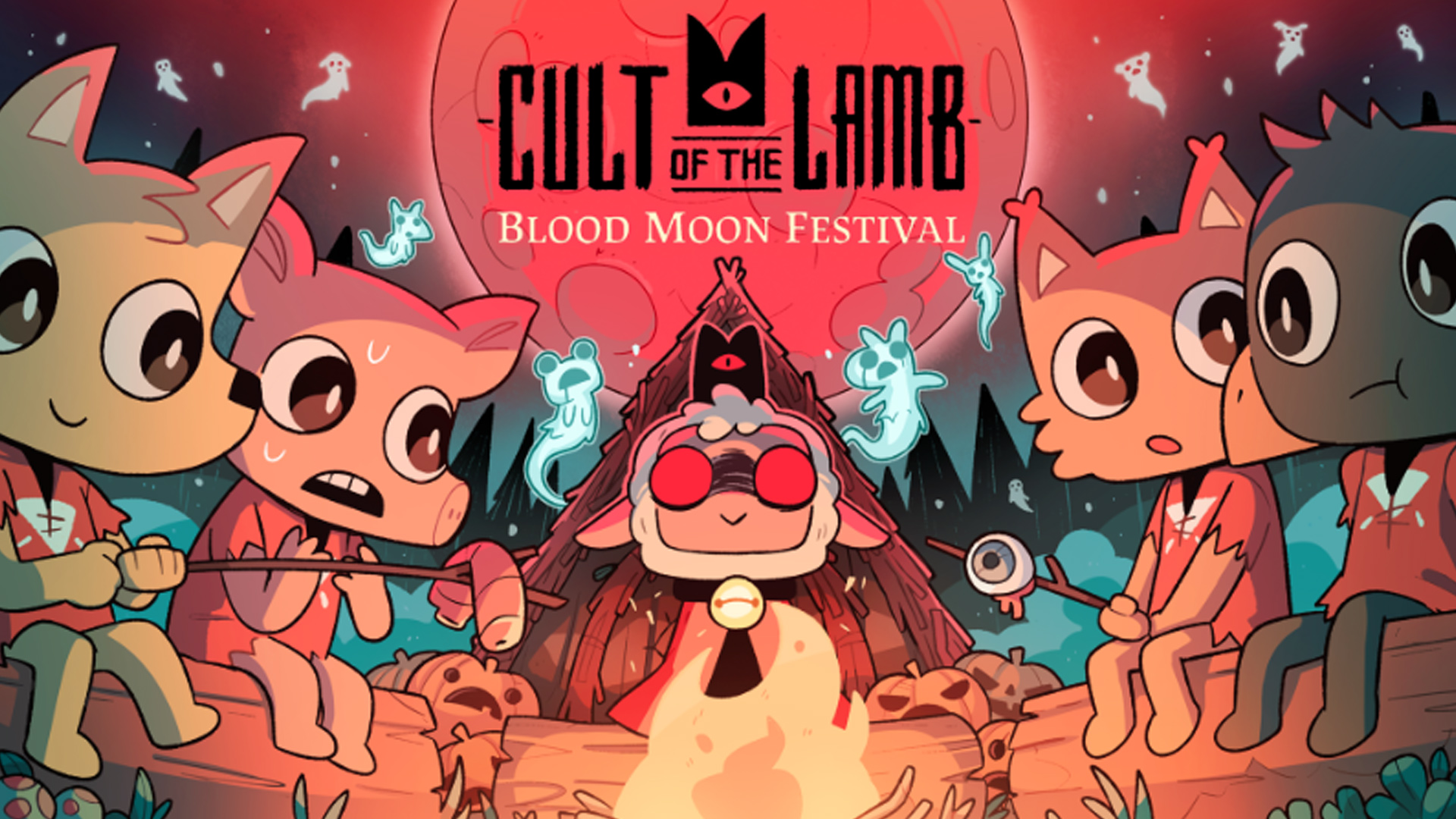 Massive Monster have announced their first limited-time event in Cult of the Lamb called the Blood Moon Festival. By summoning the ghosts of the dead, players can get new followers and unlock more cult decorations in the latest Halloween update. The festivities started yesterday, October 24th, and will run until November 10th.

See for yourself and watch the launch trailer below of this one-time event:

Before it’s too late, dive in to explore all of the Blood Moon Festival’s attractions since the event is just a temporary addition to the game. There are numerous new things included; here’s a summary of what to expect from the festival of the lambs:

Rejoice, disciples of the Lamb. Loyal followers can celebrate the spooky season in style in Cult of the Lamb’s Blood Moon Festival, a new limited-time event starting today.

Under the light of the Blood Moon devotees can harvest pumpkins to unlock a brand new ritual that will raise former members of their cult, casting them back to the land of the living as wandering spirits. New follower forms and dreadful decorations will be granted upon their capture, but be quick about it, the Blood Moon will wane on Nov. 10.

In addition to the three new follower forms in the update, there are other forms to obtain exclusively as Twitch drops:

Cult of the Lamb is now available on PC via Steam, PlayStation 5 and 4, Xbox Series X|S, Xbox One, and Nintendo Switch. The Blood Moon Festival is now live and will be available until November 10th. Massive Monster mentioned that they will add more seasonal events throughout the year, so expect that there will be more content to come after this.

Stay tuned to RPGFan for all the latest gaming updates.