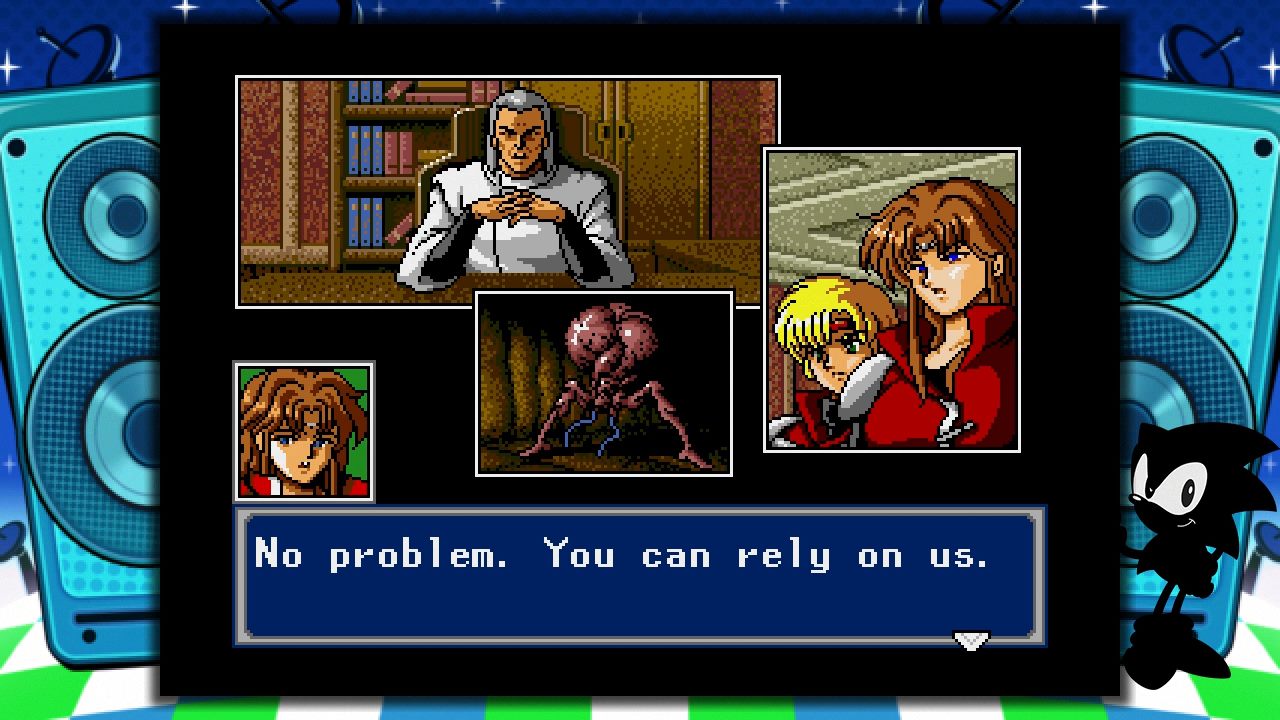 Chris Hatala, who goes by the handle @GhaleonUnlimited on Twitter, recently unveiled a near-finished retranslation patch for Phantasy Star IV: The End of the Millennium.

Hatala had been working on the project, titled Phantasy Star Generation 4 – A Relocalisation & Retranslation, for around four years, occasionally receiving help from other translators.

What Does the Patch Change About Phantasy Star IV?

• Restore every mistranslated connection to the other PS games
• Incorporate The Cutting Room Floor’s retranslation notes to best express Japanese creators’ intent in all dialog.
• A more colloquial, fun, and emotional script (from NPCs to main story)
• Add PS lore gathered from PS team interviews and official SEGA resources
• Add depth to character personalities and relationships
• Explain the few plot holes and character choices that had been given no in-game reasoning (see project site for details – spoilers)
• Proper grammar and capitalization
• Include lory1990 bugfixes

The patch gives players a clearer understanding of Phantasy Star IV‘s characters’ motivations and explains how they came to be where they were at the beginning of the title. The project aims to “create a definitive, series-ending Phantasy Star experience” following SEGA’s cancellation of Phantasy Star Generation:4 years ago.

It’s awesome to see a massive project like this be so near to completion! Congratulations to Chris and the rest of the team. This clearly took a lot of effort, and to see it finally shared with the community is great.

If learning about this translation has got you interested in playing Phantasy Star IV, make sure to read RPGFan’s review by Jason Walton. For more on the series in general, you’re already in the right place here at RPGFan.

Hey guys, really cool to be featured on the site! Been using as a resource as long as it's been around! Thanks for featuring - - I really hope this helps people rediscover their love for the game and ensure PSIV will forever has its place on 16-bit RPG Rushmore. I make custom patches for people with different proper noun preferences than what I used (as there is no one "right" way). Just contact me through RHDN or through the Phantasy Star Generation 4 project site and happy to help. Love any feedback anyone has for me as well! The project is only what it is thanks to so many people helping out in big and in small ways. Hope you like it! - Chris