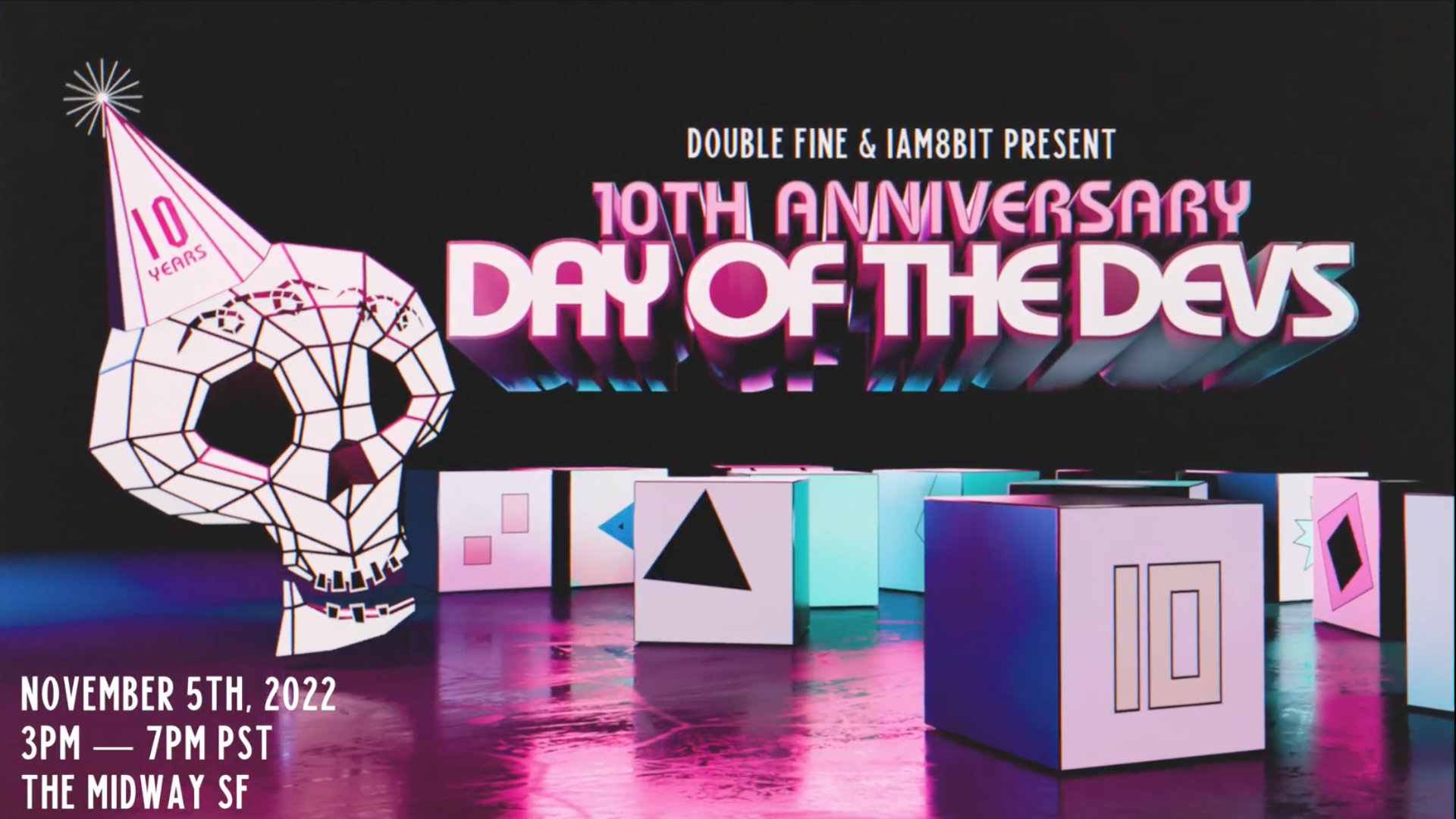 Ten years ago, Double Fine and iam8bit partnered up to create Day of the Devs, an in-person showcase for indie games. In 2012, there was simply nothing like it, and Tim Schafer and the Double Fine team were looking for ways to make sure games like their own Broken Age could truly be seen and not overshadowed by big-budget titles as it would at E3.

Day of the Devs has been a great (and free for devs and attendees) showcase for indie games for ten years. Like with every other in-person event during 2020 and 2021, DotD had to shift to a digital format for a couple years, which had the side effect of bringing each event’s games to a much wider audience. This year, for the first time, Day of the Devs will be both a digital and in-person event, hosted at The Midway in San Francisco.

Past years have showcased popular indie titles such as Oxenfree II: Lost Signals, TOEM, Death’s Door, Untitled Goose Game, She Dreams Elsewhere, Chicory, Disco Elysium, We Are OFK, and many more, and we expect to see plenty of interesting games this time around.

The digital component of this year’s show kicks off tomorrow, November 3rd at 10am PT/1pm ET, on YouTube and Twitch. Learn more about the in-person event (taking place November 5th in San Francisco) on the Day of the Devs website, and be sure to check RPGFan tomorrow as we unpack the digital event!