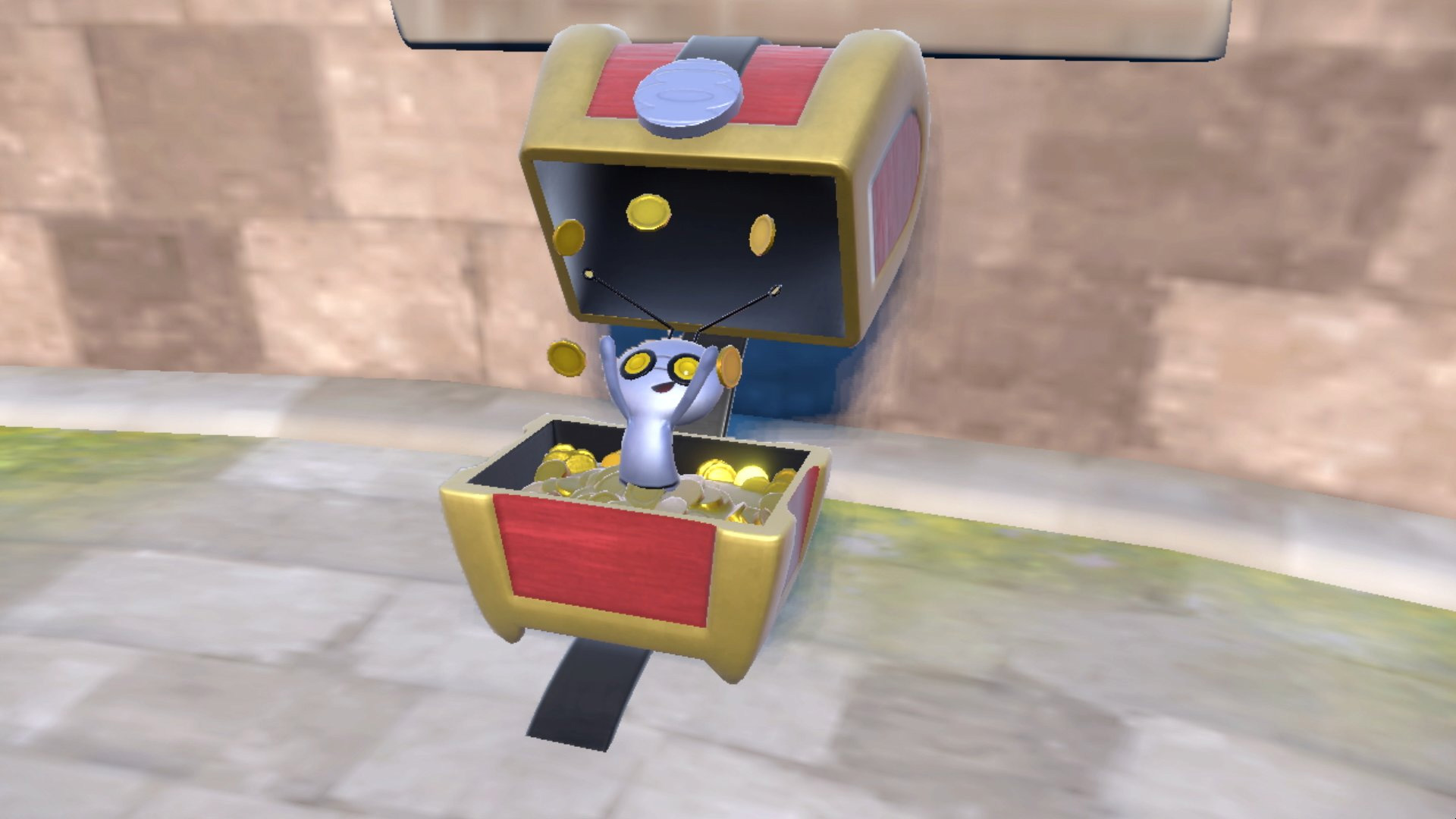 A brand-new Pokémon, Gimmighoul, has officially been revealed by The Pokémon Company International. The Ghost-type Pokémon hides in a treasure chest and holds a coin when it’s in its roaming form. It can be found wandering around the Paldea region of Pokémon Scarlet and Violet and is set to make an appearance in Pokémon GO.

Like the other most recent revelations, this new Pokémon looks adorable. The chest form gives me a sense of familiarity with the Mimic monsters from the Dark Cloud series. It’s also interesting to note that something will occur when it gathers 999 coins, though it is not yet known if this is a way of evolving the Pokémon or if doing so unlocks another kind of bonus.

Mr. Jacq and Professor Willow discuss what they know:

It Hides inside a Treasure Chest and Moves Slowly

These Gimmighoul hide inside sturdy treasure chests. While this provides them with a solid defense, the treasure chest’s weight causes [it] to move slowly, making travel difficult. It is not uncommon for Chest Form Gimmighoul to be mistaken for an antique and taken home or sold to an antique store.​

When Gimmighoul senses a person or Pokémon draw near, it ambushes them. It then uses ghost energy to control its target, forcing them to collect coins. Because it often hides in warehouses, shop corners, and other places people and Pokémon don’t frequent, it tends to keep persistent control of those it does manage to encounter.

It seems that Gimmighoul has a second form called Roaming Form Gimmighoul. This kind of Gimmighoul doesn’t hide in a treasure chest. It’s small, carries a single coin on its back, and can be found hiding all over Paldea. However, since they run away as soon as a person approaches, it seems not a single Trainer in Paldea has ever managed to catch one.

Pokémon Scarlet and Violet launch for the Nintendo Switch later this month on November 18th. On the game page, you can access all of our previous coverage if you’re interested in learning more about these titles. If you’re not updated, the official Pokémon Twitter account mentioned that there is a new trailer dropping soon!

Stay tuned to RPGFan for all the latest Pokémon Scarlet and Violet updates.