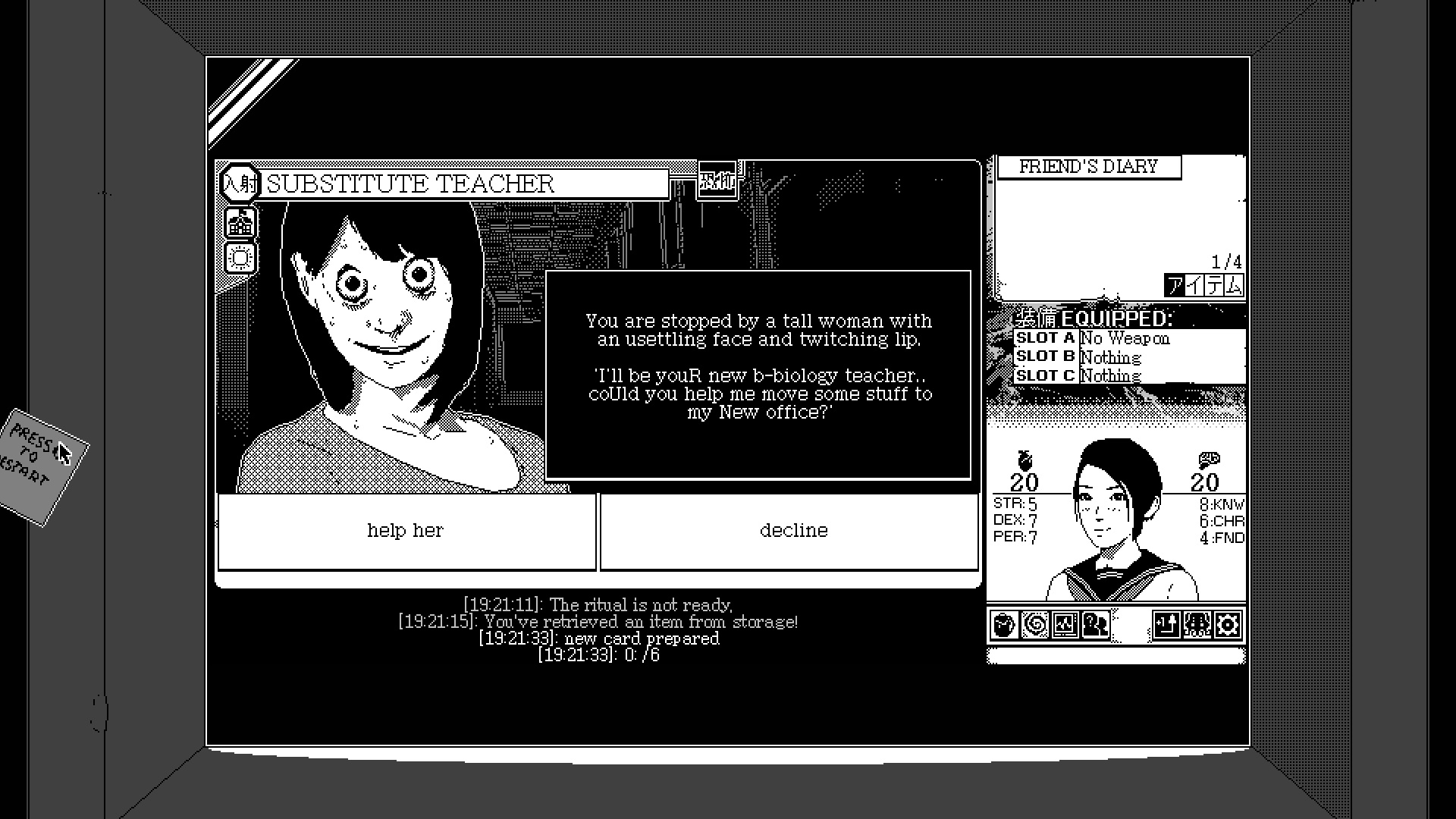 The horror is spreading! The gorgeous, Junji Ito-inspired psychological text adventure game WORLD OF HORROR is clawing its way onto PlayStation 4, PlayStation 5, Nintendo Switch, and PC sometime during Summer 2023. While the game is currently available in Early Access on Steam, it will be leaving along with the console launch.

About WORLD OF HORROR via its Steam page:

The Old Gods are reawakening, clawing their way back into a world that’s spiraling into madness. In hospitals, abandoned classrooms, quiet apartments, and dark forests, strange appearances and unexplainable phenomena test the sanity of residents in Shiokawa, Japan. Is it chaotic retribution, or the machinations of beings beyond our comprehension?

This is WORLD OF HORROR: The end of the world is nigh, and the only solution is to confront the terror reigning over the apocalypse. Navigate this hellish, roguelite reality through turn-based combat and unforgiving choices in this roguelite-style cosmic horror RPG.

Along with Steam, WORLD OF HORROR will also be available on GOG, Itch.io, and the Microsoft Store. Stay tuned to RPGFan as the horror grows closer to launch!