Persona 3 Portable and Persona 4 Golden Up for Preorder on Xbox, PC Now 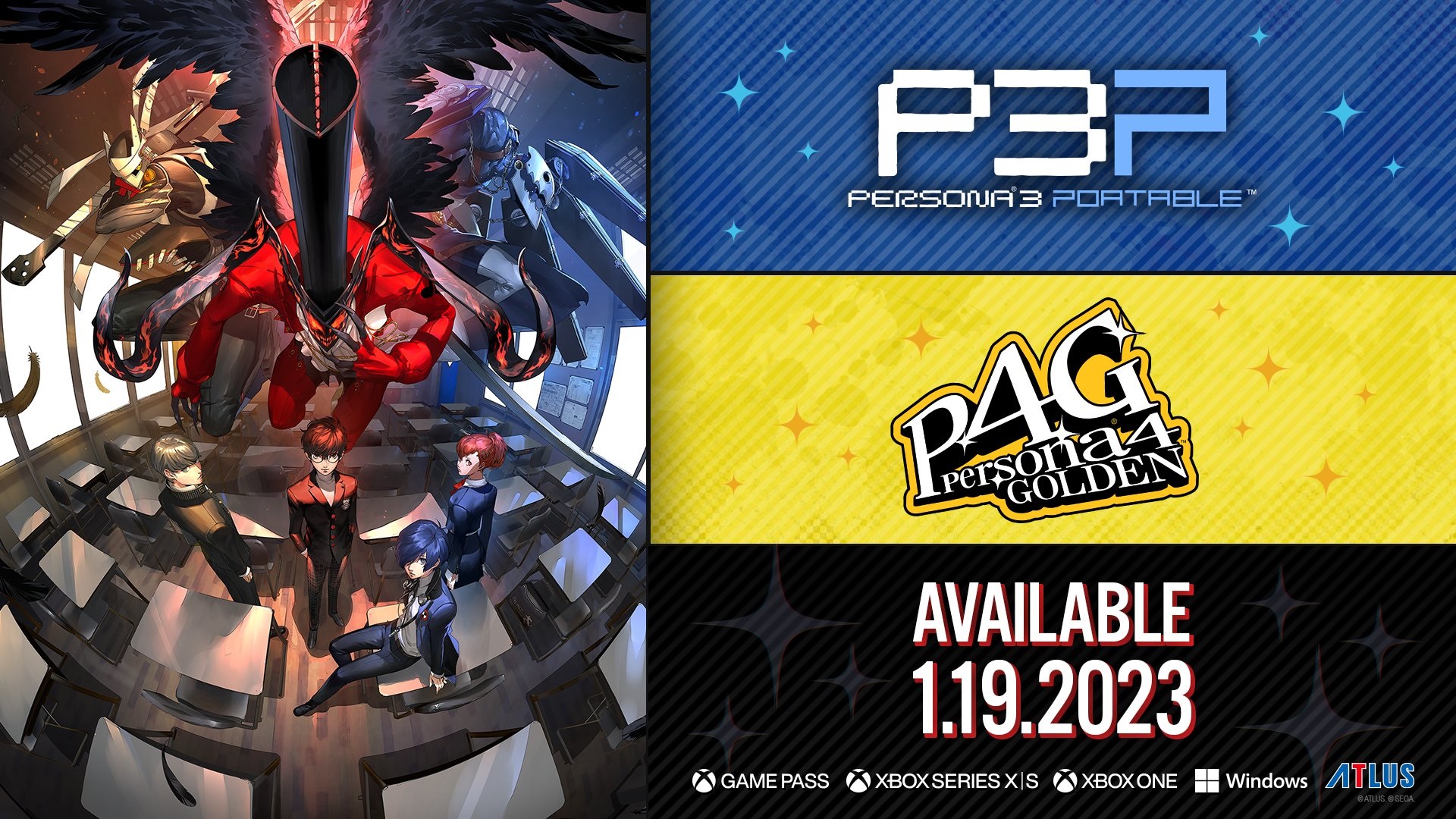 You can now preorder fan-favorites Persona 3 Portable and Persona 4 Golden on Xbox Series X|S, Xbox One, and PC via the Microsoft Store! Launching on January 19th, each of these stylish classics costs just $19.99 USD for preorder, and you can grab them in a discounted bundle for $34.49. Check out ATLUS’s brand-new trailer for these beloved RPGs below.

There may be no better time than now for series newcomers and veterans alike to enjoy these gems on modern consoles and PC. Persona 3 Portable and Persona 4 Golden boast newly remastered graphics and quality-of-life improvements, like a new quick save feature, expanded language support, and more difficulty options.

ATLUS offered up some screenshots of both titles’ refreshed visuals. Prepare to be wowed! Here are a few from Persona 3 Portable:

And here’s a glimpse of Persona 4 Golden:

Persona 3 Portable will also grace Steam, PlayStation 4, PlayStation 5 (via backwards compatibility), Nintendo Switch, and Xbox and PC Game Pass when it arrives on January 19th. You can already grab Persona 4 Golden on Steam, and it’s also heading to the same platforms as its acclaimed predecessor on January 19th.

According to RPGFan alums Derek Heemsbergen and Kimberley Wallace, Persona 3 Portable and Persona 4 Golden are must-play RPGs! For more on these classics and how well they hold up when they hit (digital) shelves next month, stay tuned to RPGFan!