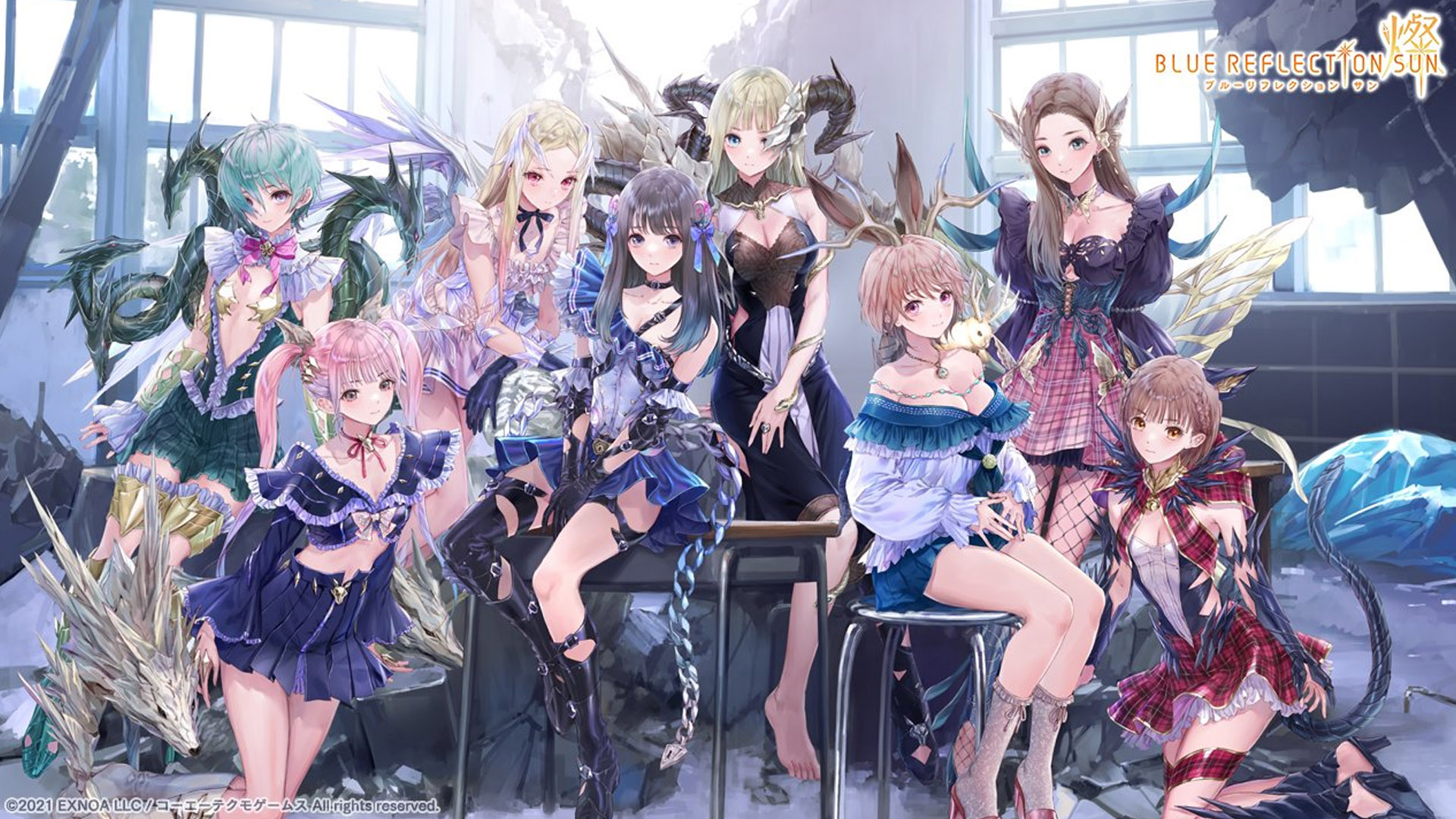 Blue Reflection Sun‘s first overview trailer has been released by publisher DMM Games and developer Gust. The latest trailer of the mobile free-to-play RPG runs for two minutes and showcases all the characters in the game with a concise overview of the story. Check out the video below:

It all began a year and a half ago.

The day that “ash” suddenly began to rain on the world. At first, mankind saw it with an optimistic mindset—“it’s a bit unpleasant, but it is just another natural phenomenon.”

However, mankind eventually learned that the ash is “a toxic substance that invades the body,” and gives birth to creatures called “Testa” that attack mankind.

To defeat the Testa, a special power is required, which only manifests in extremely rare cases when the body is invaded by ash.

Those who possessed that power are called the “Eroded” by those who know of their existence.

One day, a girl named Shiho Kasuga transfers to Hinomori Academy for the treatment of ash-related sickness. But what awaited her there was a new everyday life in which an endless battle against the ash unfolds.

A closed beta test exclusively for 5,000 players on iOS and Android was held from December 2nd to December 9th. Blue Reflection Sun is expected to launch in Japan this winter. As of this time, there is no word yet on its global release. Browse the official website for more info.