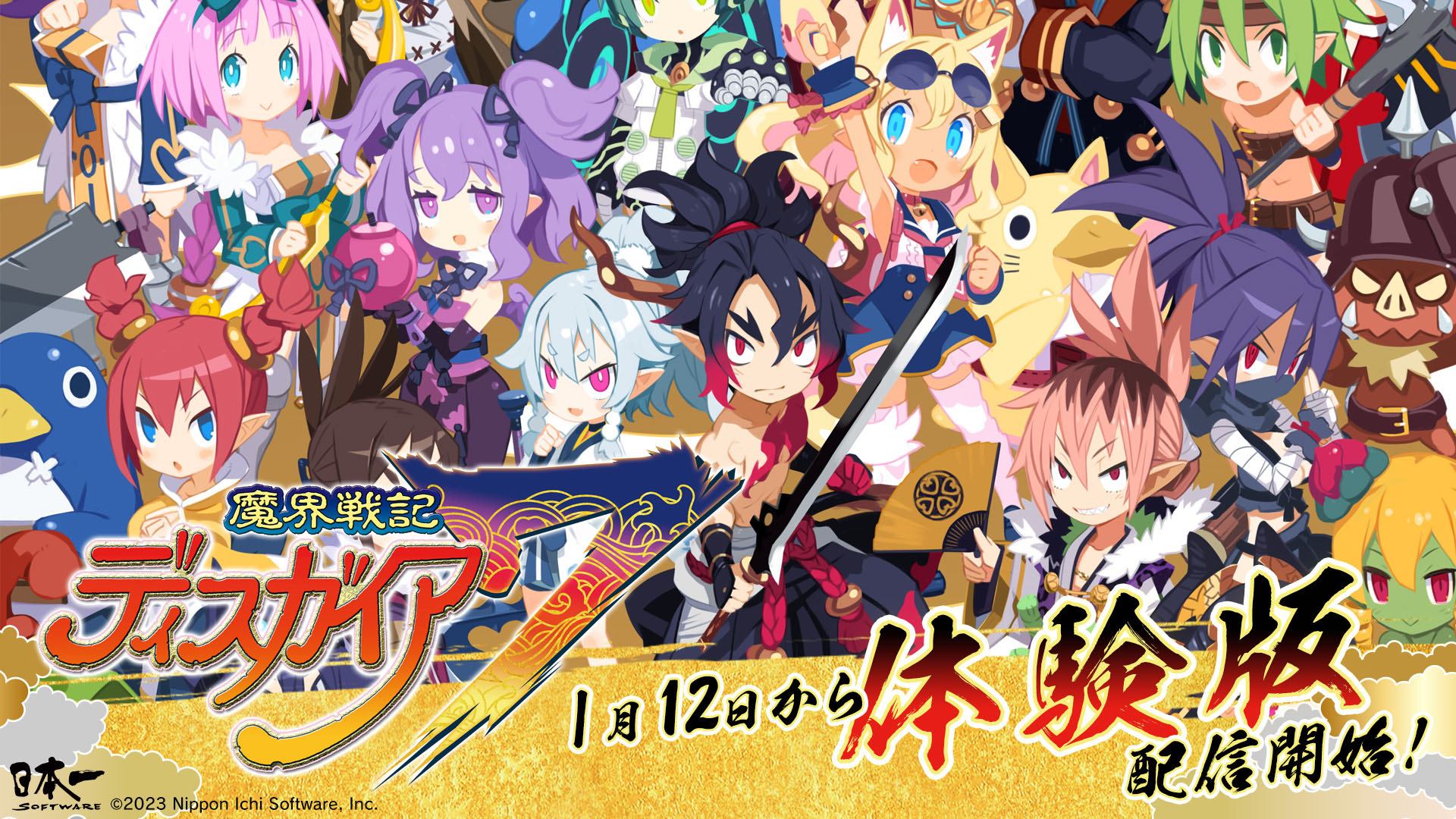 On January 12th, Nippon Ichi Software released a demo for Disgaea 7 on the PlayStation Store (PS5, PS4) and Nintendo eShop (Switch) in Japan. With the demo, players can experience up until the second chapter of the game. When the game launches on January 26th, progress made with the saved data from the demo can be carried over to your first playthrough.

Note that trailers for the characters Suisen, Ao and Higan Zesshousai are set to come out on January 18th, 20th and 23rd.

Disgaea 7 will launch on January 26th in Japan for the PS5, PS4, and Switch. Nippon Ichi Software hasn’t confirmed yet if it will be made available outside of Japan, but most previous titles in the franchise have been published in the West. For more information, take a peek at our previous coverage of the game’s announcement and browse the official Japanese website.