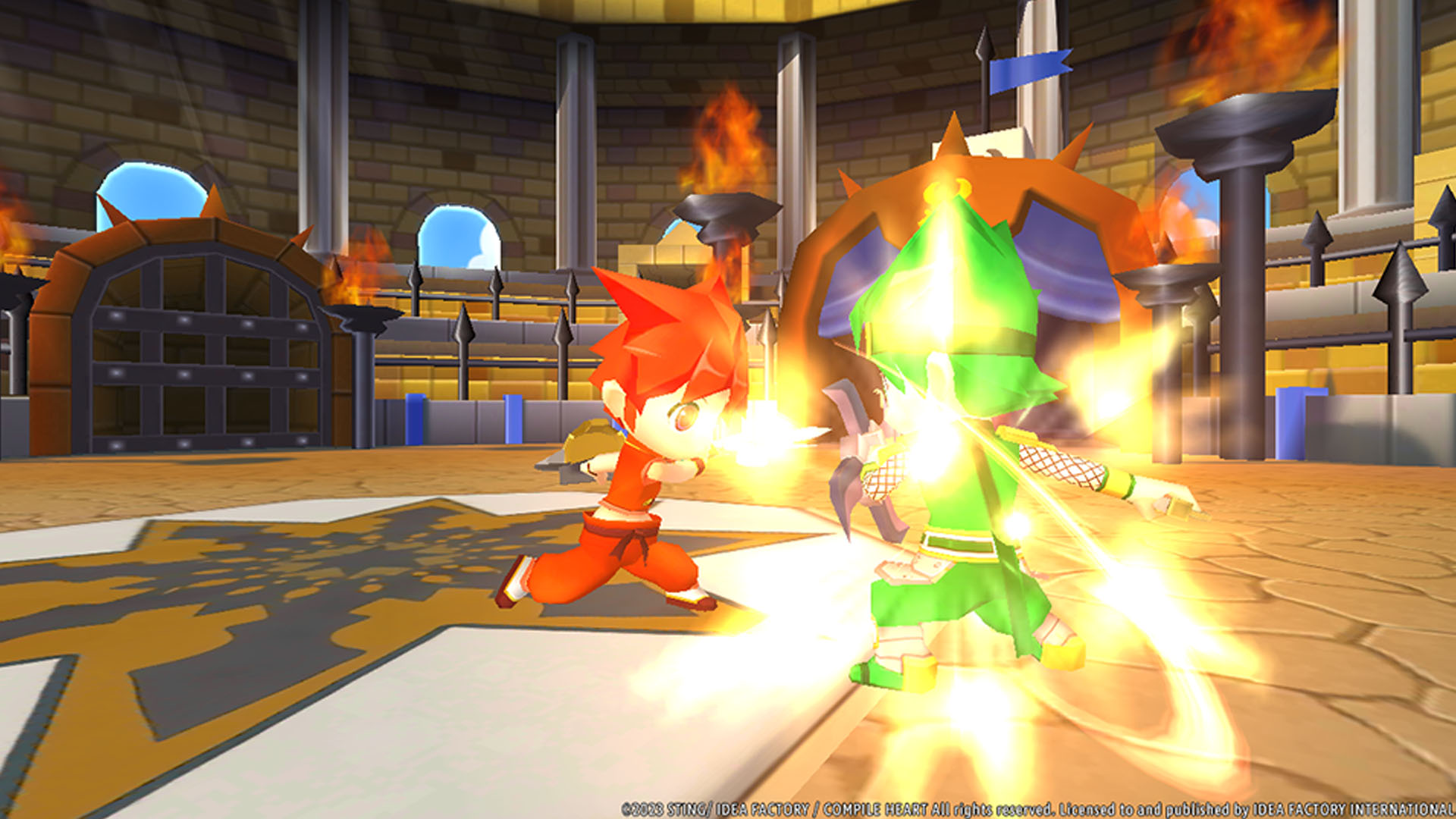 Are you ready to lose your friends? While you might think I’m talking about a new Mario Party, instead we have the surprise announcement of Dokapon Kingdom: Connect! The RPG board game will pit you and your friends against each other to become the next ruler of Dokapon this spring.

Adventurers, watch the announcement trailer below!

Everyone in Dokapon Kingdom loves money.

One day in this peaceful land, monsters suddenly appeared and began attacking nearby towns. The economy collapsed, and people were at their lowest. Taxes were no longer being paid, of course.

So that’s when the King took action!

He decided to gather the bravest warriors to rescue these towns so he can get paid! In exchange, the one who collects the most shall be rewarded with the Princess’ hand in marriage and the throne.

And thus, an adventure for money begins, where absolutely anything goes!

RPG & Board Game Lovers Unite… AGAIN! – Originally released for the PlayStation®2 and the Nintendo Wii, the hybrid party board game is now back for the Nintendo Switch! The game is simple: spin the roulette and defeat whoever stands your way!

Connect With Your Best Frenemies Online – Holding a grudge never felt so good! Players can now duke it out against their friends via Nintendo Switch Online!

5 Game Modes & A Massive Game Board! – Plot your revenge and choose from 5 different game modes: Normal, Story, Shopping Race, Kill Race, and Town Race. With a kingdom spanning seven continents, who knows what shenanigans you’ll get into!

Outwit Your Foes With 11 Possible Job Classes – Wanna slash your way through the Dokapon Kingdom? Choose the Warrior! Interested in conjuring flashy spells? Pick the Magician! Choose from 11 job classes and earn experience points to level up your character! Purchase or even steal items and use them to your advantage!

Dokapon Kingdom was originally released for PlayStation 2 and ported to the Nintendo Wii. Along with being for the Nintendo Switch, Dokapon Kingdom: Connect also allows players to duke it out online. While no specific release date was given beyond this spring, you can wishlist the game on Idea Factory International’s website now.

What did we think of the original release? Check out our review for PS2. And stay tuned to RPGFan for all things RPG!