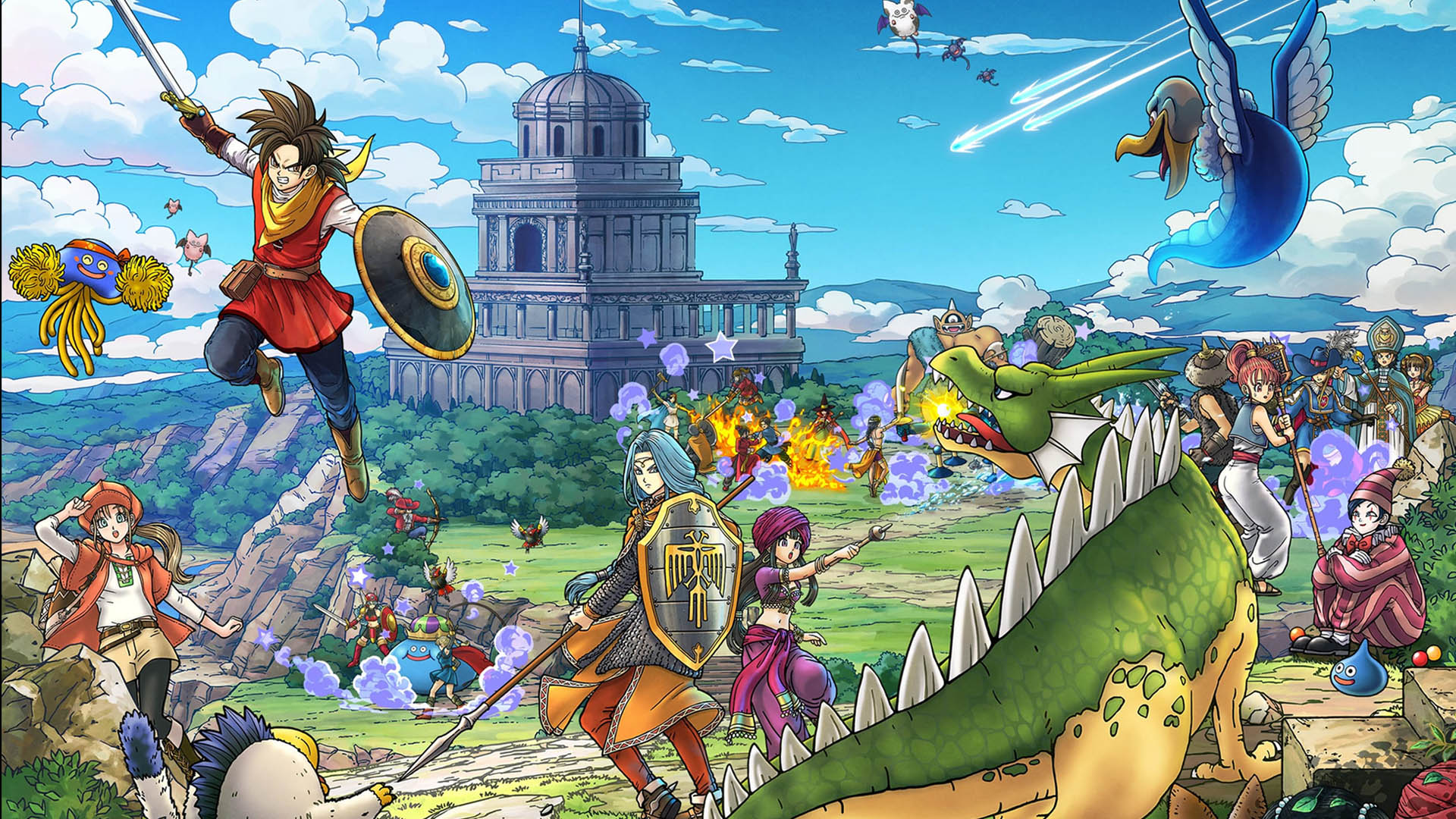 It seems Koei Tecmo’s in high demand these days. Their Warriors spin-offs like Persona 5 Strikers and Fire Emblem: Three Hopes have done well, and they were even responsible for most of the heavy lifting in Fire Emblem: Three Houses before that. Meanwhile, the talented folks at their Team Ninja division have given us Stranger of Paradise Final Fantasy Origin.

Yet even with such an impressive library, I wouldn’t have banked on a new Dragon Quest mobile game joining their ranks. Behold, Dragon Quest Champions! It’s coming to iOS and Android, though we’re not yet sure when — but fans can sign up for a closed beta that’ll run from February 6th through 13th. Mind you, it’s for the Japanese version, so you’ll want to be familiar with more than your standard “arigato” to comprehend the story.

You can check out the (quite lengthy) reveal presentation below. We’ve timestamped the video for you.

And here’s Dragon Quest Champions’ overview to help everybody envision the full scope:

A melee Dragon Quest command battle RPG that you can play solo!

Utilizing the series’ familiar command-style battle system, players will aim to win tournaments of wisdom and courage against various enemies to become a true hero.

In Tournament Mode, up to 50 players will battle in real-time. Fight fair and square, run away, or even barge your way into other people’s fights. Obtain the title of Champion by your own methods!

Additionally, there are plenty of solo gameplay elements such as Story Mode and all sorts of quests.

Get ready to set off on a new adventure that everyone can enjoy!

Victory will open the door of promise.

Long, long ago… the Demon King’s plan to rule the world was crushed by the hero and their two companions.

Some time has passed since then… In a world of continued peace, the people are absorbed in the “Heroic Martial Arts Tournaments” that honor the legacy of the ancient hero.

Meanwhile, a young person sets off from a certain village to participate in the tournaments.

With the words their father once told them when they were young held closely in their heart.

“Only those who have won all Heroic Martial Arts Tournaments can become true heroes. We must accomplish this by our own hands.”

And so now is the time to follow in their father’s footsteps and fulfill their promise. A new legend is about to be born!

Protagonist – An adventurer who aspires to become a hero. To find their missing father, they decide to participate in the Heroic Martial Arts Tournaments.

Elmia – A lively, self-proclaimed manager who shares the protagonist’s fate. She is old friends with the healslime Homit.

Homit – A charming guide who loves to cheer on others. While he is not good at fighting on his own, he is always there to advise the protagonist.

Zelam – The protagonist’s rival. Determined and confident. He dislikes relying on or cooperating with others.

Dralin – A dracky that provides live commentary for the Heroic Martial Arts Tournaments. His funky style and passionate commentary livens up the tournament.

No word on an English release for Dragon Quest Champions, though as mobile RPG diehards know only too well, Square’s overseas mobile fare frequently debuts quite a bit later on — if, indeed, it debuts at all.

Either way, Dragon Quest XI S is on a bunch of platforms, and you should totally play it because it’s great.