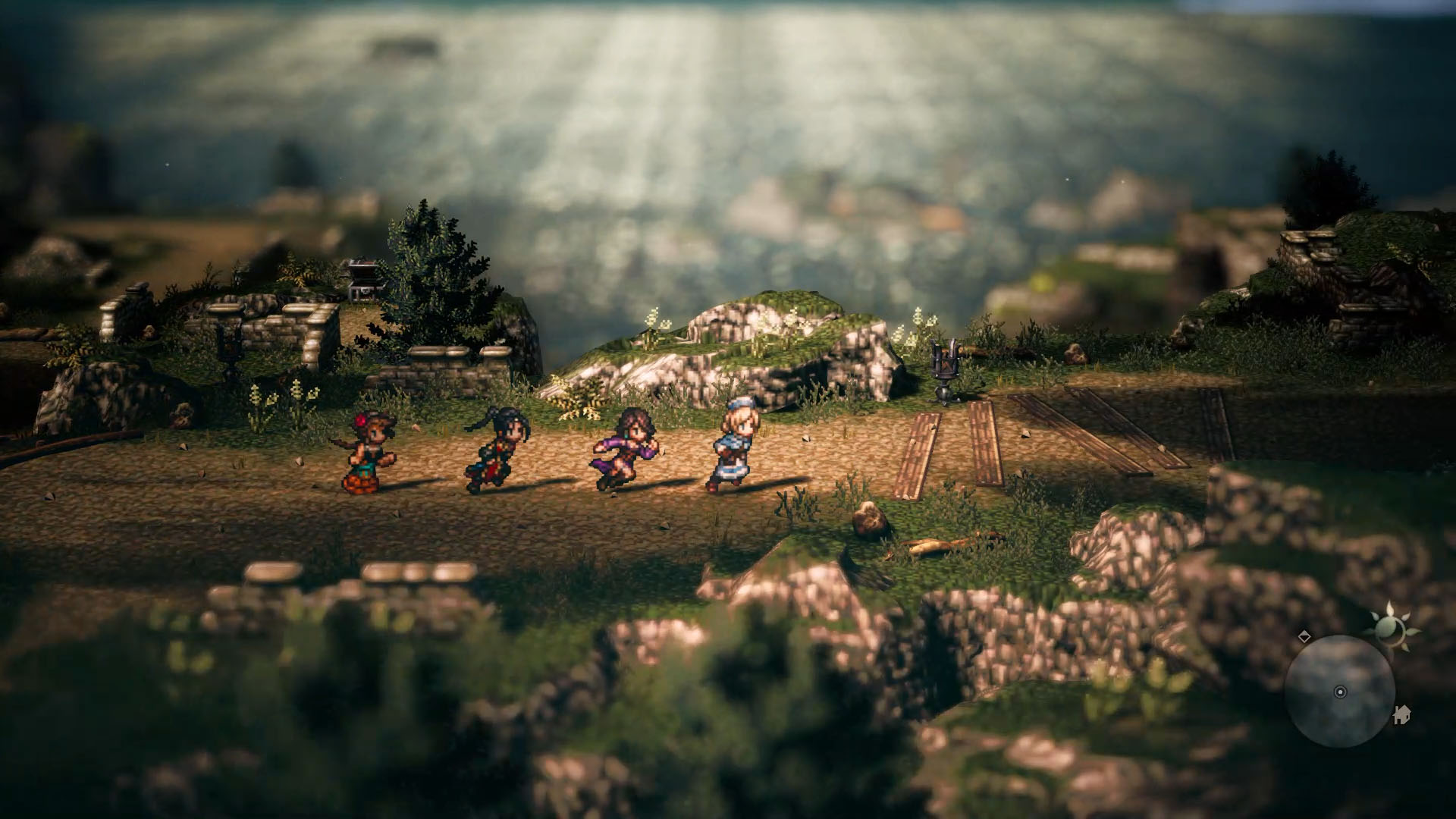 Square Enix has released a new character trailer for the last two members of Octopath Traveler II‘s main cast: Ochette the Hunter and Castti the Apothecary. Alongside the trailer, the company has provided further information about the characters and given details on the title’s plot structures, side stories, and game speed.

Introducing the final pair of the eight new protagonists – Ochette, the Hunter, and Castti, the Apothecary – as well as how to progress through the game’s eclectic story, which offers players a huge degree of freedom.

Ochette is voiced by Suzie Yeung in English and by Aya Hirano in Japanese.

Your name is Ochette, and you are a hunter. Your tale begins on the isle of Toto’haha alongside your fellow beastlings.

Despite your troubles with the human islanders, you live a carefree life. That is, until you learn of an encroaching calamity known as the Night of the Scarlet Moon.

“All right, Master Juvah. I’ll do it. I’ll find those Creatures of Legend and bring them back.”

Desperate to save your home, you set sail in search of those who can help..

Southeastern Solistia is dominated by an ocean dotted by countless islands of all shapes and sizes. The largest of these is Toto’haha, which was first encountered by continental pioneers twenty years ago. In its western reaches reside the beastlings, a petite people with fluffy tails.

On the east of Toto’haha lies the town of Tropu’hopu, which was established by the first continental pioneers to settle on the island. The harbor town’s proximity to New Delsta caused it to be developed as a resort for the wealthy. In addition, it produces many luxury goods, such as delicious coffee beans, and now serves as an important stop along the trade routes between eastern and western continents.

Castti is voiced by Sarah Wiedenheft in English and by Michiko Neya in Japanese.

Your name is Castti Florenz, and you are an apothecary. Your tale begins in a port town of the Harborlands.

Discovered adrift at sea, you awoke to the realization that you could not recall your own name. The only clues to your identity are your satchel and skills as an apothecary.

“I need to rediscover who I am. And…there’s something else. Something important I’m forgetting…”

Unable to ignore the nagging feeling within you, you embark on a journey to recover what you lost…

Southern Solistia is home to long tracts of twisting coastline, along which one can find the bustling port of Canalbrine. During the Age of Exploration—roughly a hundred years ago—ships launched from this town’s piers would discover the sea routes that led to the eastern continent.

Canalbrine’s symbol is its colossal lighthouse, which guides ships from all corners of the world safely into its harbor. Erected roughly twenty years ago by a cadre of engineers who fled the destruction of the U, it boasts a unique design. Special ore was polished to a mirror sheen and fashioned into a reflector plate, and the light it emits can supposedly be seen all the way in New Delsta.

Today, Canalbrine’s church is an important launching point for proselytizers and evangelists who come from the eastern continent to spread the teachings of the Sacred Flame.

Octopath Traveler II‘s story structure will be very similar to its predecessor. Each character’s tale will be different and will have different objectives. It’ll be up to the players as to how they proceed with each character’s mission.

Side Stories will also play an important part in Octopath Traveler II. They’ll be found throughout all eight main stories, and players will be able to solve them in different ways by utilising different characters’ unique Path Actions.

Well, Octopath Traveler II is turn-based, so probably quite slow…

All jokes aside, Square Enix has confirmed that players will be able to fast-forward cutscenes and dialogue and even change the speed of battle.

If Octopath Traveler II‘s cutscenes go on as long as Triangle Strategy‘s, this could come in very handy for replays.