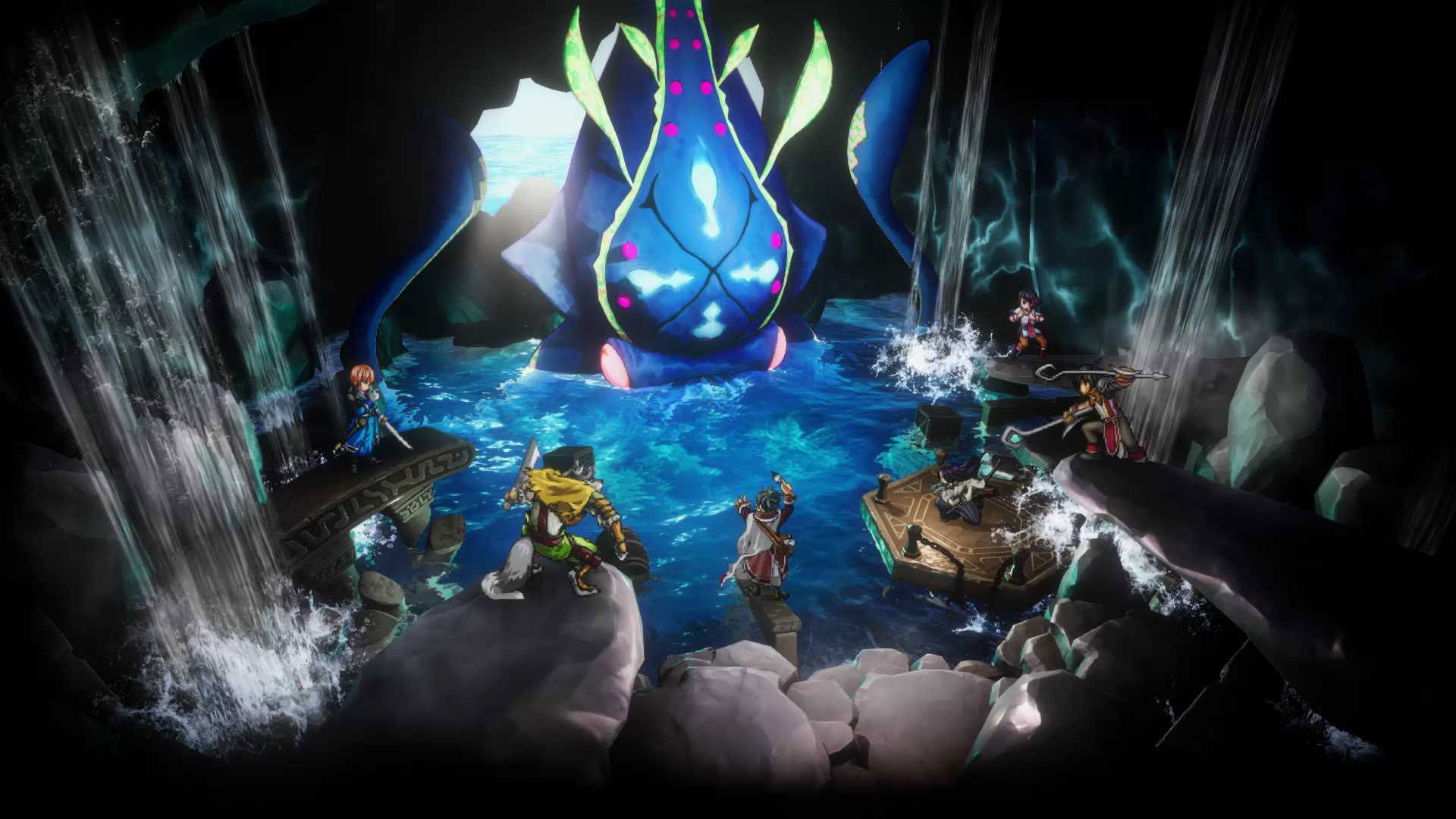 Publisher 505 Games and developer Rabbit & Bear Studios are calling for the support of the community to take part in a public survey to determine the theme of the third DLC of Eiyuden Chronicle: Hundred Heroes. There are five impressive options available for fans to choose from. The poll started on January 23rd and will run until January 30th at 11:59 pm PT. You may cast your vote here on their official website.

Since the beginning of the Kickstarter campaign, the team behind Eiyuden Chronicle has always prioritized fan engagement. I’m currently torn between Options 4 and 5 since I love sidequests involving cooking and any female squad that cries for girl power. Explore the choices below to see for yourself why I kinda wish we had the choice to select more than one theme.

Option 1 – TALES OF THE YOKAI HUNT

Option 2 – CONQUEST OF THE SANDS

Option 4 – KINGS OF THE NEIGHBORHOOD

Eiyuden Chronicle: Hundred Heroes will launch in 2023 for the Nintendo Switch, PlayStation 4, PlayStation 5, Xbox Series X|S, Xbox One, and PC via Steam. There is no official word yet from Rabbit & Bear Studios on its exact release date. However, I am here to remind you to dip your toes into the prequel, Eiyuden Chronicle: Rising, which is already widely available on most platforms, or read Zach Wilkerson’s fair review of the companion title.