An Evening at VGO Boston 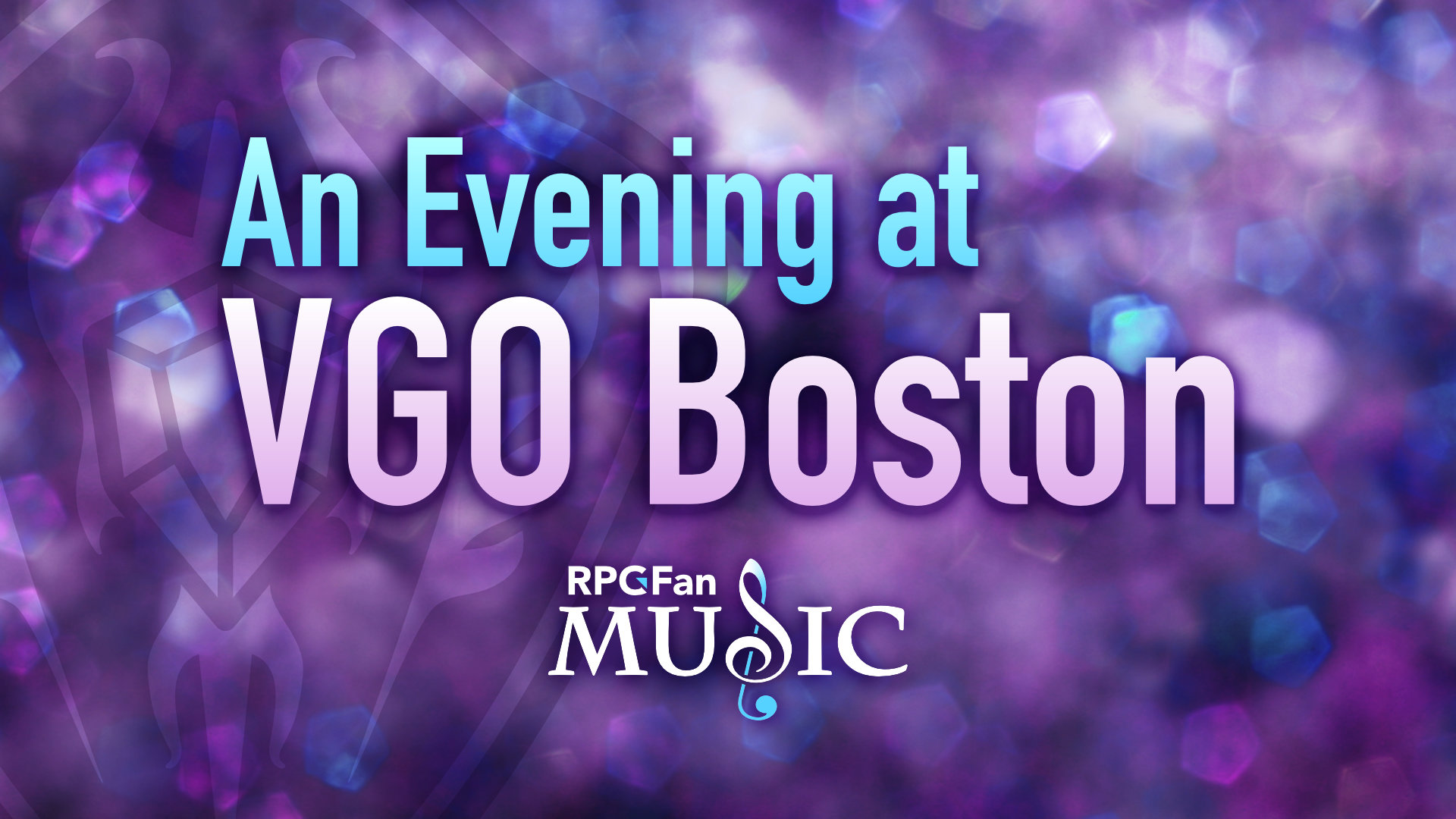 The Video Game Orchestra, or VGO, was founded by the Japanese musician Shota Nakama, and has performed many shows at a number of different venues since 2008. This past October, the VGO played live at Symphony Hall in Boston, Massachusetts, and RPGFan editor Damian Thomas was there alongside OSV Managing Editor/RPGFan alum Patrick Gann to soak up some tunes. They were also fortunate enough to have a chance to sit down and chat with several Japanese legends of the VGM scene, including Hitoshi Sakimoto, Kinuyo Yamashita, Noriyuki Iwadare, and Yoko Shimomura. Read on to hear what they had to say!

Responses were translated by Maho Azuma and coordinated by Shota Nakama. This feature is a companion piece to Original Sound Version’s own interviews with these composers, so be sure to check that out as well.

RPGFan: If you could be any job/class, what would you be?

Sakimoto: A mage. For fantasy games, I like magicians!

RPGFan: As founder of Basiscape and having worked with so many wonderful people on so many high-profile games, has there ever been a time where you really wanted to write a piece of music, or multiple pieces of music, but there simply wasn’t enough time and you had to delegate it to someone else? And if so, what game were those songs for

Sakimoto: Whenever we [at Basiscape] start a project, we begin by establishing the roles of each team member, so there isn’t really much need for emergency re-delegation. Sometimes, I do run into time constraints, but rather than ask someone else to do my work, I’d rather ask for more time or choose not to take on as many projects.

RPGFan: Your scores tend to be, for lack of a better word, epic — Large, symphonic orchestra. Even games like Radiant Silvergun have these big, sweeping orchestral parts to them. With that said, have you ever wanted to just work on a small project? Like a casual game, or even a Facebook game? Is that something you’d ever want to do?

Sakimoto: You know, when I started writing music I wasn’t focused on doing classical orchestra. But one day, someone asked me to write an orchestral piece, and I did … and from then on, that’s been my primary style. Personally, though, when I write music, the kind of music that inspires me is techno. Also, I do write for some smaller games using synth, non-orchestral style, such as Denpa Ningen. Many of those games do not come to America, but I’ve heard that Denpa Ningen is.

(Editor’s note: the game did reach America on Sept 27 under the name “The Denpa Men: They Came By Wave” on the 3DS eShop.)

RPGFan: What is your favorite drink?

Sakimoto: It’s difficult for me to pick. But, if I were the person to write the town theme for Boston … I’d want to incorporate something with American influence, maybe a little Gershwin and other elements of American culture.

Yamashita: Yes, yes I am. Central, a little north of central Jersey.

RPGFan: So you’ve been to the grocery store “Mitsuwa,” yes? What is your favorite food stand there?

Yamashita: I’ve been to Mitsuwa only one time, and it was so busy, I didn’t get to try many things there!

RPGFan: You wrote the iconic themes for Castlevania, you started something very special. Since then, another influential composer, Michiru Yamane, has written many important themes for this franchise. Would you be interested in having a rock battle: Yamane vs. Yamashita?! And more importantly, would you win?

Yamashita: Yes, it would be fun! But I don’t see it as something where someone would win. Well … I guess you could say everyone would win!

RPGFan: Since you were at the Newark, NJ concert for Video Games Live!, I have to ask: which is scarier, Dracula’s castle or Newark?

Yamashita: I didn’t spend much time there, but the parts of Newark I saw were all very nice…

RPGFan: You are very lucky!

Yamashita: So I’m going to go with Castlevania as the more frightening place.

RPGFan: Among all your works—Lunar, Grandia, even Phoenix Wright—you are known for being able to compose very fun, spirited tunes as well as sad, emotional melodies. Which do you prefer to create?

Iwadare: I like writing fun pieces, personally. I can’t bring myself to write music that is too emotional.

Iwadare: Hmm… I wonder who? You know, when I’m walking around Boston, it doesn’t feel like America to me. It actually feels like my home in Japan, and I also feel like it’s a very European city. So, in that case, I think I would be great to write the Boston town theme!

Shimomura: Oh … I can’t answer! I love both of them!

RPGFan: You used to work with Alph Lyla, back in the old Capcom days. Do you keep in touch with the Alph Lyla team? And if an Alph Lyla tribute album were put together, do you think you’d want to do a more chiptune style arrangement, or something upgraded to the level of orchestra?

Shimomura: I do keep in touch with them, yes. In my mind, re-doing those Capcom soundtracks … I would lean towards orchestral arrangements.

Shimomura: All of us!