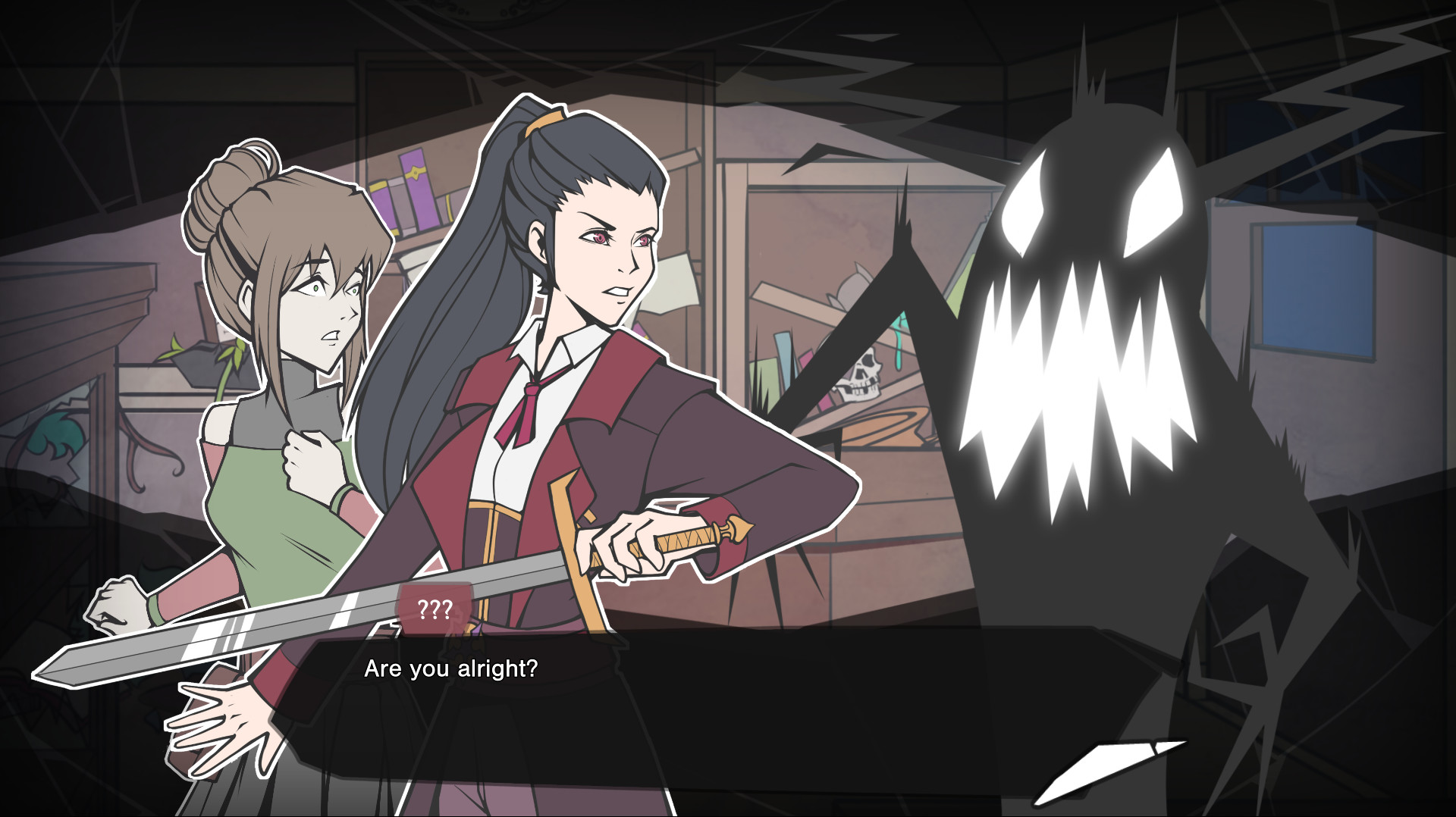 Fellow wizards and/or other magical beings! I have conjured up a delightful new game for you in the form of Arcadia Fallen, a modern day fantasy visual novel full of magic and romance. Set against a cozy Scandinavian backdrop reminiscent of the Atelier series, you play as a young alchemist entangled in a war between the magical and the mundane. Practice your alchemy skills, flirt with attractive wizards, and perhaps even save the world!

To start, you’ll be asked to select your body type, voice, and preferred pronoun; as Arcadia Fallen is a very LGBTQ+ friendly game, your choices will not limit your romance options, and you can abstain from romance entirely if you prefer. You’ll eventually befriend five major companion characters, human and otherwise, of which four are potential love interests. Each playthrough will take around 6-8 hours to complete, and I’m relieved to say that there are no game overs; you’ll be able to achieve your goal regardless of your choices, though the journey will differ significantly each time.

Arcadia Fallen‘s numerous dialogue scenes take their inspiration from BioWare favorites. Choose the tone of your responses during both platonic and romantic conversations; will you be a shameless flirt, a relentless clown, or a shy and gentle soul? Meanwhile, the choices you make during certain important story segments will contribute towards developing your personality, and will unlock even more choices later on. Your companion characters will grow along with you; the decisions you make may end up challenging their beliefs or inspiring them to greatness. To mix things up a bit more (quite literally), you’ll be able to make a plethora of powerful potions through an alchemy minigame. Use your magical creations to solve problems and open up more dialogue options…perhaps you’ll even manage to impress Elizabeth, your mysterious alchemy teacher.

On the audio side of things, the game features an impressive lineup of talent. To start, the voice cast includes several familiar faces from the likes of Persona 5, Final Fantasy VII Remake, and Fire Emblem: Three Houses. Meanwhile, Emi Evans, known for her work on NieR and its sequel, will be providing vocals for the game’s animated introduction.

In a completely unsurprising turn of events, Arcadia Fallen has already reached its funding target, though plenty of stretch goals still remain. This includes more voice acting, enhanced physical rewards, and a new musical track by Norihiko Hibino of Bayonetta and Metal Gear Solid fame. All things considered, visual novel fans who admire the aesthetic of the Atelier and Harry Potter series should definitely take a peek at Arcadia Fallen, and add some magic to their day! (There’s a demo available on the campaign page.)