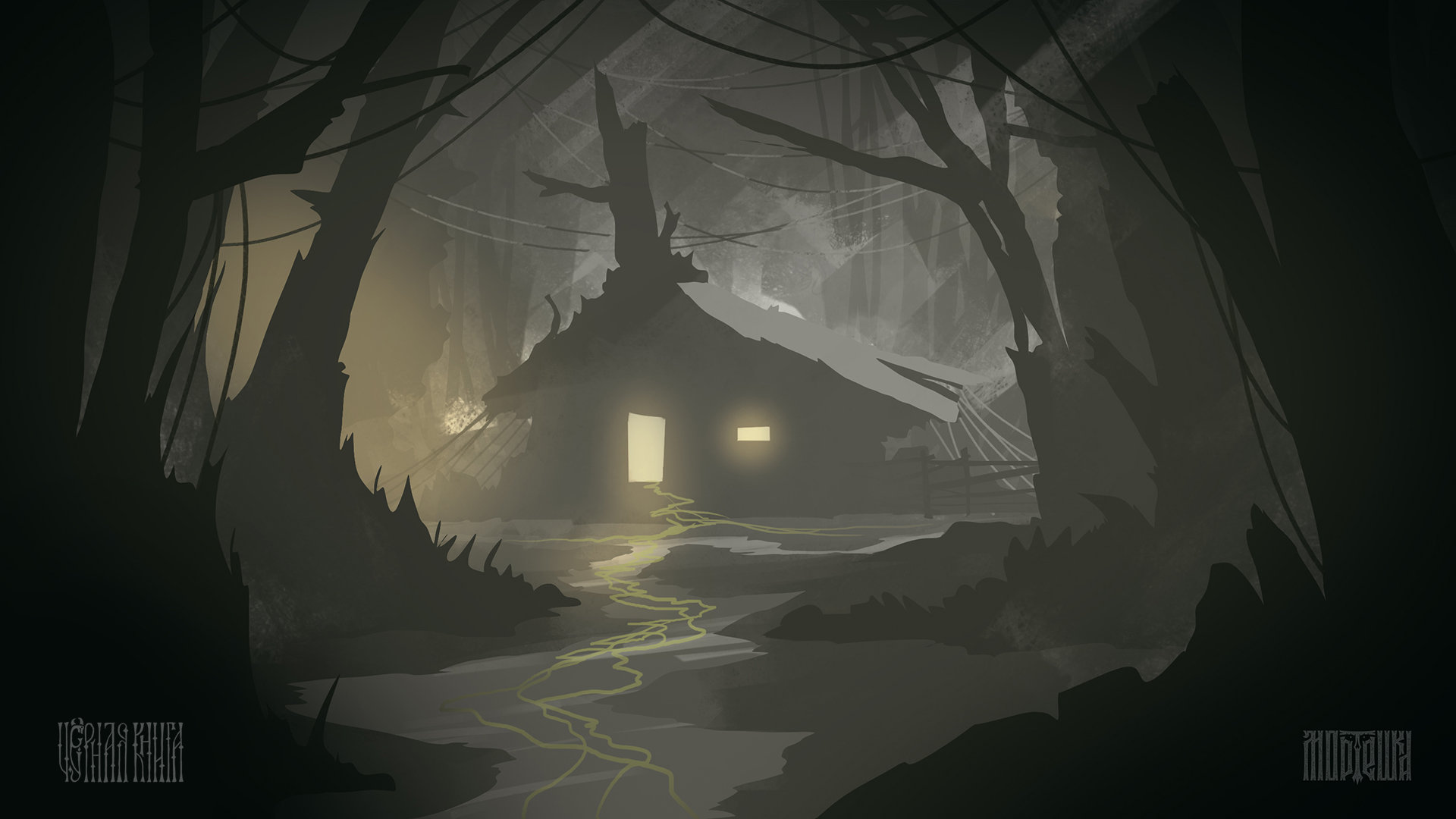 A bewitching forest gently illuminated by the light of a full moon. Red-eyed shadow creatures arising from the mists. The sound of wolves off in the distance. And nearby, the smell of delicious perogies. From the developers of 2017’s atmospheric indie game The Mooseman comes Black Book, a haunting adventure RPG based on Slavic mythology.

Play as Vasilisa, a young woman training to be a sorceress in a 19th century Russian landscape combining real-world locations with fiction and myth. Having lost your beloved fiancé not too long ago, you now seek to revive him by unlocking the seals of the mysterious “Black Book,” a tome which has the power to grant any wish your heart desires.

On your journey through the Russian countryside, you’ll need to assist townsfolk plagued by demons and other supernatural creatures, as well as more mundane issues. Hopefully these will not involve finding missing socks or chasing runaway potatoes. In any case, to deal with said demons, you’ll have the option of performing rituals or engaging in a bit of friendly conversation, though if these tactics fail, it’ll be time for some good old fashioned card-based combat. Find, buy, or be rewarded cards throughout your adventures, and then combine them into a custom, battle-ready deck. Backers who go for the $700 US “Hexer” tier will also have the opportunity to design their own card.

You won’t be alone on your quest, as several companions will be around to help you, including a talking cat with a mysterious past. Cats are important, particularly those you can enjoy a relaxing conversation with! Additionally, you’ll be able to recruit several demons and send them out on missions, though make sure to treat them properly; demons aren’t exactly the easiest to manage!

Unsurprisingly, Black Book has already soared past its initial funding target, though stretch goals still to be reached include post-release DLC, a mini card game based on the traditional Russian “Durak,” and more. Though it’ll be a while before the game’s official release, a playable (and free!) prologue is already available via Steam, featuring Vasilia’s first day as a witch. Let’s go and unseal this sinister book, and see what surprises lurk within!