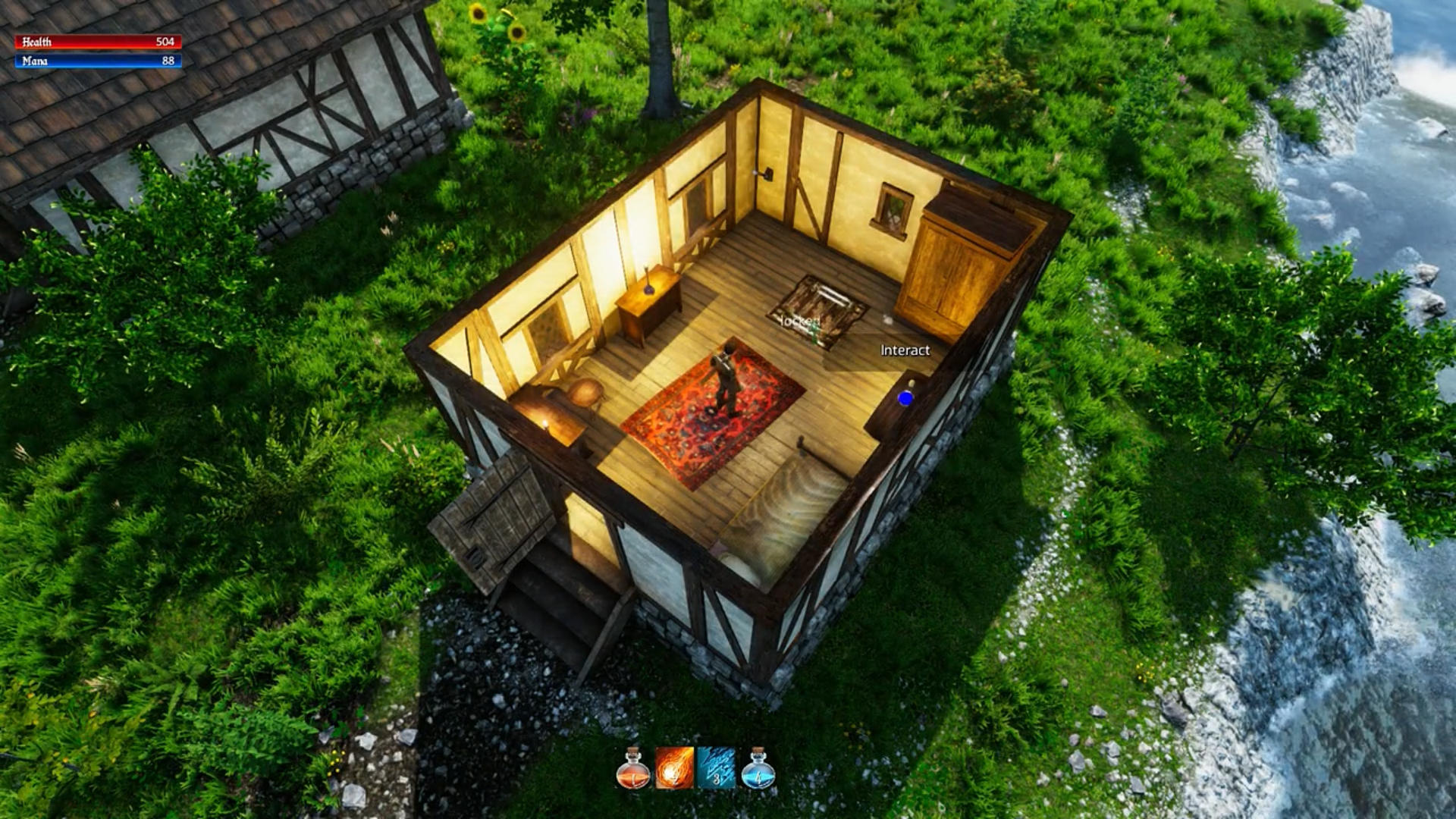 The beloved Ultima series has inspired a considerable number of spinoffs and unofficial successors over the years, likely enough of them to form their own RPG genre. I, for one, am okay with this. If you happen to feel the same, then allow me to introduce you to Corven – Path of Redemption, a new open-world RPG sure to please fans of the classics.

Corven starts off in the modern world; driving home tired and uncharacteristically drunk after a friend’s party, you collide with a pedestrian who abruptly appeared out of the darkness. Though the young woman survives, she ends up in a coma. Racked with guilt, you visit her in the hospital almost daily while your mental state plummets into depression. Heading home one evening, you notice a particularly eager crow flying around, and upon reaching your residence, your new feathered friend (or possibly enemy) is sitting right there on the lawn waiting for you. In a bizarre display of his avian abilities, the crow begins violently pecking at the ground when lightning strikes the spot, opening up a glittering portal to an unfamiliar Medieval world. As your daily life is currently the opposite of fun, you enter the portal, a plethora of questions swirling through your mind: what is this place? Does it have any connection to your all-consuming guilt? And who, exactly, is that peculiar crow…?

Story and exploration are central to Corven. In addition to the main plot, the game will include many NPCs with their own little tales you’ll hopefully want to follow. As well, Ultima creator Richard Garriott — otherwise known as Lord British — has assisted with the narrative and will make a guest appearance as an NPC.

Exploration-wise, the game’s open world is full of life, detail, and opportunities for interaction: you can turn off lights, move furniture, and of course, poke around inside people’s houses. The core of any RPG, I must say! Meanwhile, though combat takes a back seat to the game’s narrative, it is not without importance. At the moment, the developers have yet to confirm whether battles will be turn-based or take place in real time, and the community is being asked to provide their input. You can vote now at the link found in Update #3 on the campaign page!

On the visual side of things, I’m fairly impressed. The detailed, top-down view definitely brings to mind classic Ultima and D&D games, and the painted character portraits are quite impressive. Each scene is filled with motion and life, such as flowing lava, tiny butterflies, and elaborate vegetation. My only hope is that we see a larger variety of settings in the final release: perhaps a desert, a fishing village, or a dog park. One can dream.

Though Corven is already fully funded, stretch goals include a day and night cycle, console versions, and new map art by Denis Loubet. If the name sounds unfamiliar to you, Mr. Loubet was responsible for creating the box art for many of the original Ultima games and, in a delightful turn of events, he’ll also be creating the box art for Corven (available digitally or physically depending on your pledge). All things considered, Corven looks to be quite promising; the detailed environments beg to be explored, and the narrative’s theme of redemption is a fitting nod to the original Ultima series. I look forward to seeing more of this world!