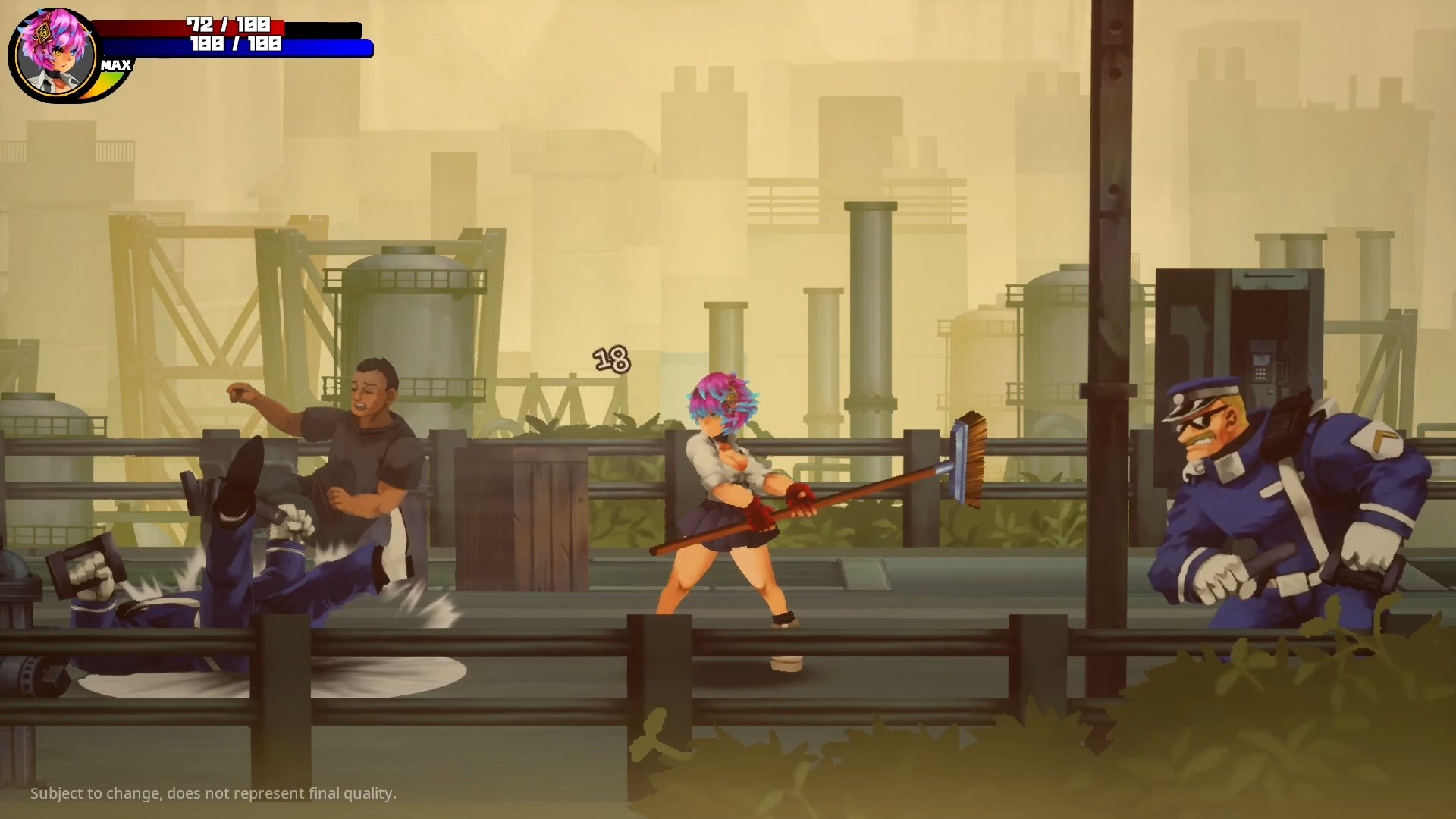 Sometimes going to school is the opposite of what you’d rather be doing with your day. Still, whether you love it or hate it, sitting in class is approximately 486 times better than being stuck in Juvenile Detention, which is where our featured game’s two protagonists spent the last year.

Described as an “irresponsible schoolgirl simulator”, Detained: Too Good for School is an action RPG full of beat-em-up combat, simulation aspects, and fantastic Vanillaware-style (think Odin Sphere or Muramasa: The Demon Blade) graphics with fanservice aplenty. A standalone follow-up to 2018’s The Vagrant, the game takes place in the modern-day metropolis of Swinster City, on an island rumored to have been home to powerful wizards and warriors many centuries ago. You’ll play as both Reika (the pink-haired troublemaker) and Julie (the sweet and studious one), two schoolgirls relishing their freedom after spending an arduous year in Juvenile Detention for crimes they did not commit. Discover who framed the girls, prove their innocence, and unleash some well-earned vengeance!

Take advantage of everything your school offers; lessons, library visits, and gym time will provide you with useful skills and stat bonuses. Studying is important! Once classes are over, you might choose to take on a part-time job, or just hang out at the city’s wide assortment of bars, diners, and underground fighting arenas. As you explore the city, you’ll come across hot-tempered thugs itching for a fight, as well as gentler NPCs who may offer you small jobs for extra cash; though if work isn’t your strong suit, you can always try and pick their pockets. Be careful when harassing ordinary citizens, however, as you may eventually find yourself battling the police! Combat in Detained: Too Good for School itself is brimming with action; unleash combos and special moves, earn EXP, and choose from a variety of weapons, from bare fists and baseball bats to a trusty wooden push broom.

Detained will feature plenty of subplots and difficult choices to make; will you be a decent (and law-abiding) student, or a notorious troublemaker? Your choices, including how you treat various NPCs, will lead to one of over ten endings. Additionally, the game will feature eight romance options for Reika, with fellow protagonist Julie being among them. Some of your love interests may even lend their assistance during combat if you’ve spent time with them that evening!

Though Detained: Too Good for School has already soared past its initial funding target, a few stretch goals still remain. These include more playable characters, new game modes, and optional adult content to be released as free PC-exclusive DLC. Naughtiness aside, Detained looks to be an excellent choice for fans of Vanillaware, school-focused storylines, and fast-paced action RPGs. The game is set to release in Q1 2022; in the meantime, make sure to check out The Vagrant for a look into the setting’s history!