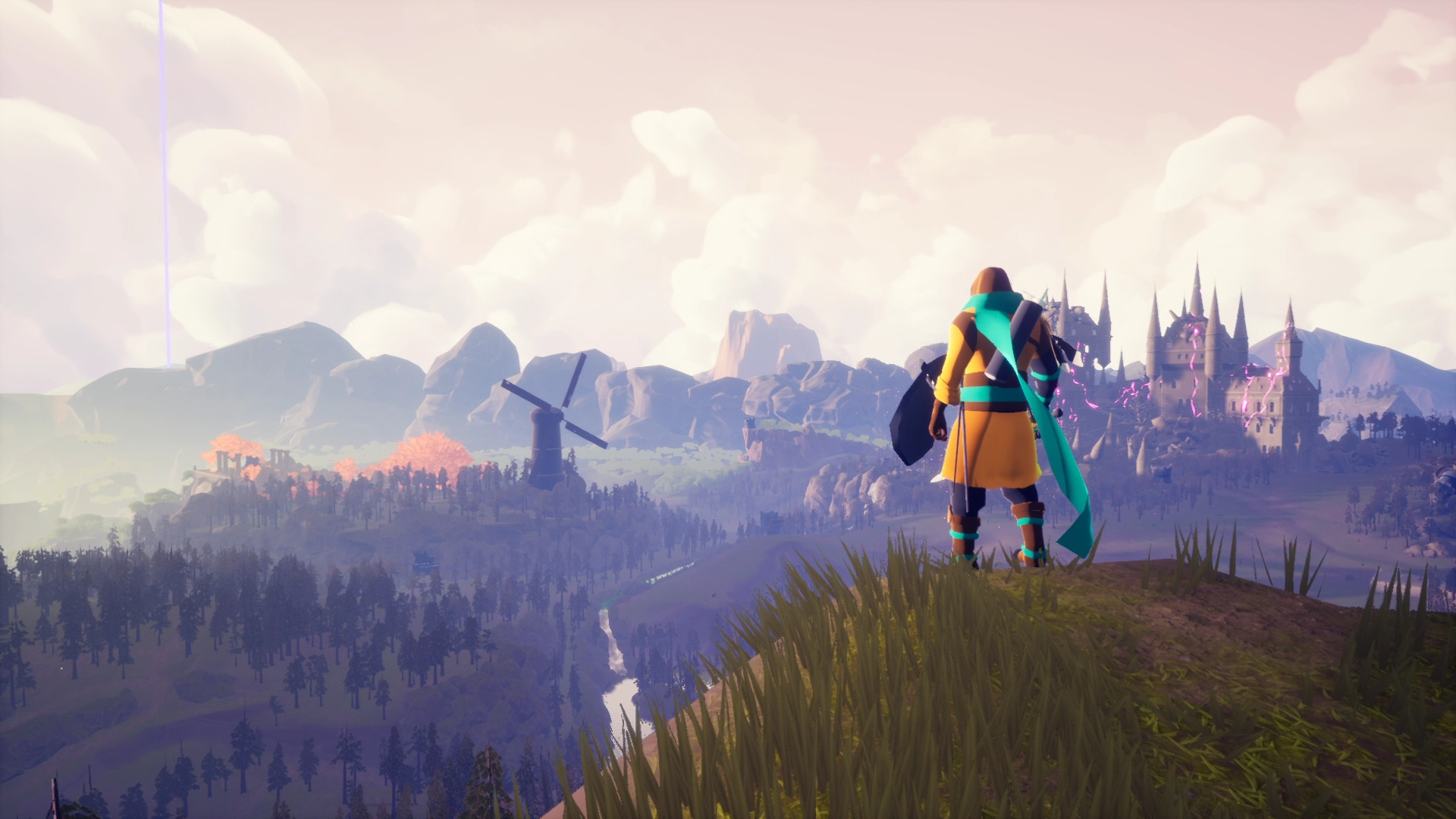 Inspired by the Zelda series and Terranigma, Holomento is an open world action RPG with procedurally generated dungeons, a town reconstruction system, and the ever-present threat of permadeath. Follow generations of Travelers through a vast 3D world, battle elephant-sized rats and other monstrosities, and invest some money in the Stonk Market. Yes, that spelling was absolutely correct.

A cursed land, Eventide Hollow has fallen under the influence of a mysterious book known as the Holomento (surprise!), a tome with a nasty habit of ensnaring the souls of errant Travelers. Restore the kingdom to its former splendor, uncover hidden pathways and ancient artifacts, and make the environment safe for future generations. Only ruins lie where towns used to be; rebuild homes and businesses from the rubble, and then upgrade them to receive special benefits! Once a town has advanced far enough, you’ll be able to invest in your favorite businesses through the Stonk Market, and maybe even make some extra money in the process!

I suppose I should get to that “permadeath” bit, as I assume the word has made at least a few of you tremble in fear (myself included). The system works as follows: each new run has you playing as the next generation in a long line of Travelers; when you fall in battle, you’ll lose your items and restart as a new character in one of several beginner’s areas. Thankfully, your money, investments, world improvements, and any shortcuts you’ve uncovered will remain. If this still sounds a bit overwhelming, there are hints of an easier mode in the works, though this has yet to be confirmed.

Each new playthrough will allow you to choose a new character class out of seven options, all of which are dressed in stylish protective gear and pandemic-appropriate face coverings (a coincidence, I assure you). While only a basic, fireball-tossing “Wanderer” will be available during your first playthrough, more options will be unlocked as you explore. Classes are largely centered around gear; pick up some new weapons and armor, and your metal-clad Knight may transform into a dual-wielding Musashi (or vice-versa).

Holomento still needs a little more help to reach its funding target, with the first stretch goal adding PlayStation versions. Personally, I’m enjoying the Breath of the Wild–style graphics, and am delighted by the prospect of a Soul Blazer-inspired reconstruction system. Gosh. I miss those old Quintet games. If combining these series with challenging rogue-lite gameplay sounds relevant to your interests, I’ll see you in Eventide Hollow; take care not to irritate any king-sized rodents.