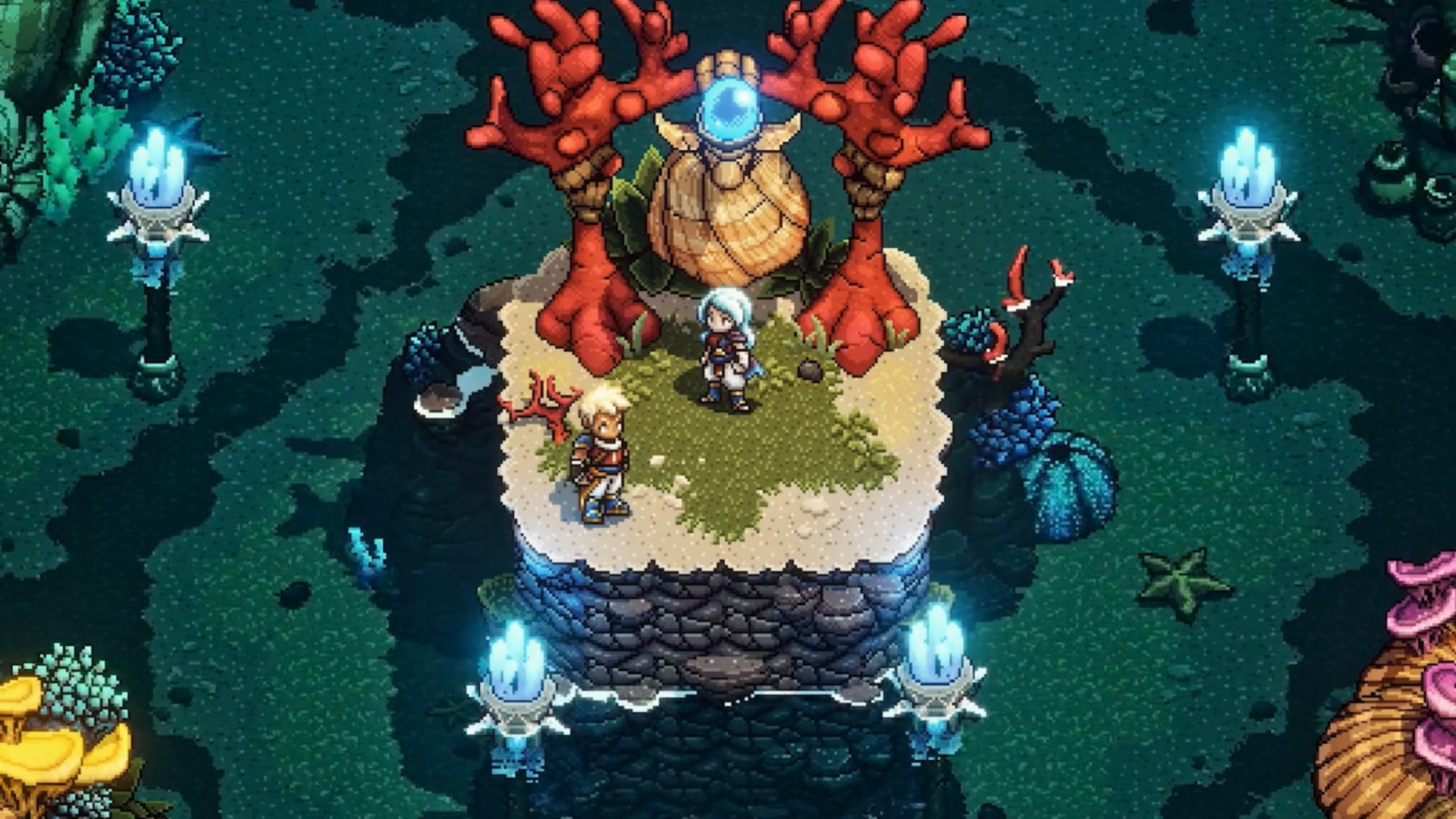 Campaign Ends: April 18
Platform: Windows and consoles (specifics depend on which consoles are current-gen at the time of the game’s release).

Fans of 2018’s retro action game, The Messenger, take note! A prequel is on the way in the form of Sea of Stars; a gorgeous turn-based RPG set in a beautiful oceanic world with gameplay heavily inspired by Chrono Trigger. If you missed out on the original, never fear; while long-time fans may be delighted to see some familiar characters and enjoy the nods to the shared universe, this new title is being developed as a stand-alone experience, perfect for newcomers or those who struggled with the action-focused gameplay of the first installment.

Set long before the world of The Messenger was flooded, Sea of Stars features several beautifully-detailed islands to explore; though don’t expect this to be a fun summer vacation, as a sinister alchemist known as the Fleshmancer has begun to terrorize the land with his gruesome creations. His only weakness is Eclipse Magic, a powerful force born from the combined magic of two Children of the Solstice; a child of the sun and a child of the moon. This is where our dual protagonists, Zale and Valere come into the picture, though they won’t be alone. Four additional playable characters are set to join the mission, their identities kept under wraps for now. I wonder if any of them happen to be anthropomorphic fish men?

Combat is heavily inspired by Chrono Trigger; to start, enemies are visible during exploration, and the game seamlessly transitions into turn-based combat if you come into contact with them. Timing in battle can have an effect on your attack and defense, and in another nod to Chrono Trigger, your characters can combine forces with each other to unleash special moves. Meanwhile, enemies utilizing magic will have a handy “spell bar” appear next to them; make sure to break sections of the bar with specific damage types to weaken or outright cancel their incantations, or suffer the (potentially painful, perhaps even firey) consequences!

The game’s fantastic pixel graphic environments have particularly caught my eye, highlighting a plethora of tropical fantasy landscapes and gorgeous dynamic lighting effects. You’ll be able to interact with the beautiful world to your heart’s content; run, jump, climb, and even swim through the game’s environs. Being aware of the weather, lighting, and time of day will be necessary to progress, as many puzzles center around light and shadow, and certain areas and items are only accessible during specific times. Thank goodness for your sun and moon powers; rumor has it that they might come in handy when nature just won’t cooperate…

Personally, I’m very excited about Sea of Stars; Chrono Trigger-inspired gameplay in a beautiful oceanic fantasy setting with giant seashell houses and crystal-covered monsters is exactly the type of content I need more of in my life. Let’s go on an island adventure!