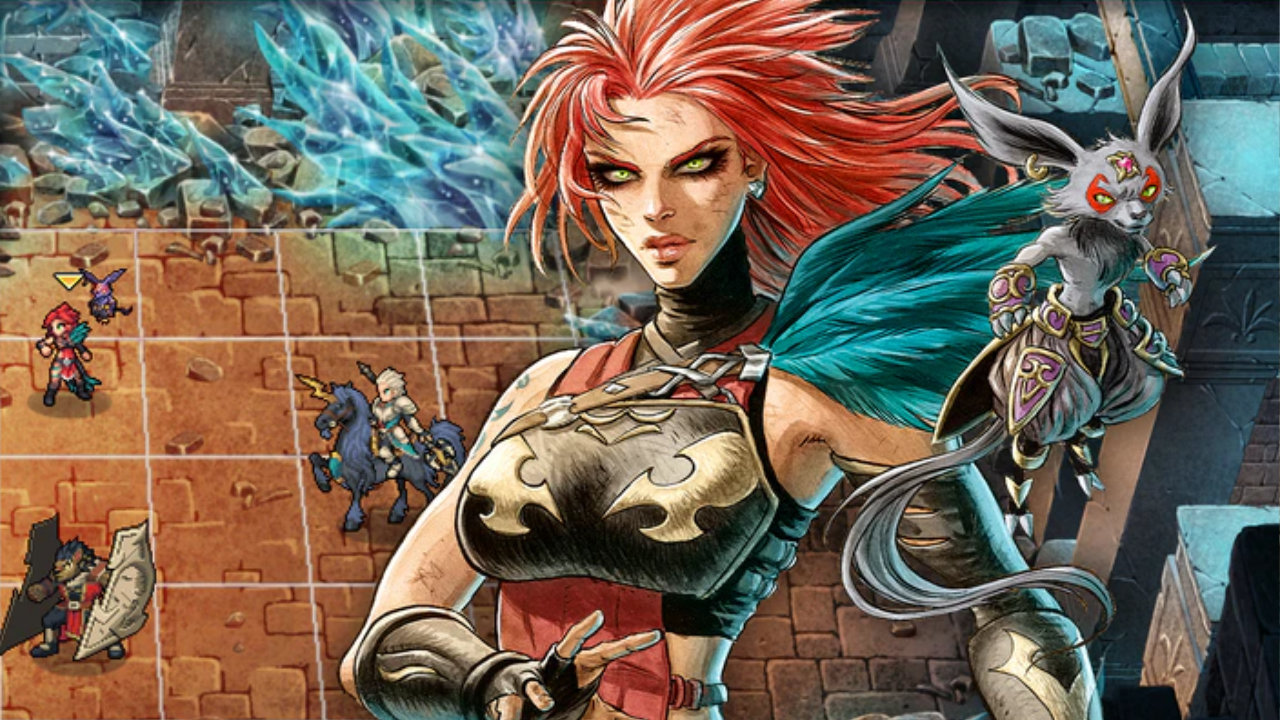 Included among my approximately 4,296 hobbies is browsing through comic book websites and gazing in wonder at the preview art of rarely-translated European graphic novels. A few exquisitely-drawn tomes have even ended up on my bookshelves; so when I first noticed Vesper: Ether Saga on Kickstarter, my curiosity was definitely piqued. An RPG with strategic card battles, the project began as a yet to be released comic by French artist Jérémy; the world eventually grew so large that it begged to be made into a game, which will be released in an episodic format alongside each comic volume. To note, this campaign aims to fund the first episode only, which is expected to launch in the fall of 2021.

Our tale is set in the war-torn kingdom of Sylvaestris, on the continent of Etheria; a floating landmass held aloft by a massive crystal tree. Start off as Vesper, our red-haired heroine, and recruit up to ten other player characters including an individual who looks suspiciously like Frog from that Square Enix time-traveling RPG. Unlock new locations (and their respective missions) on the game’s beautiful hand-drawn map, round out your party with a few generic units, and prepare for card-based conflict!

Battles take place on two interacting grids, one for each side. Summon units through cards and decide where to position them on the field; front line troops, for example, can effectively attack with short-range weapons. Make sure to keep your squad members moving to evade enemies and try out new strategies! The cards themselves come in three different varieties: Unit Cards, which represent your companions; Action Cards, displaying their abilities; and collectible Arcane Cards that grant bonuses. This third type is blessed with Jérémy’s beautiful art, so I highly recommend finding them all!

Speaking of the art, visuals are definitely one of the game’s highlights, with elaborate character and world designs by Jérémy and detailed battle backgrounds by Mika Souillard; I hope you like giant crystals growing from the environment as much as I do. Meanwhile, the complete Vesper comic will be presented in-game through cutscenes, alongside the book versions included with most pledge levels (available in English or French, physically or digitally, depending on your pledge). And of course, an artbook will also be offered for fellow fantasy art connoisseurs. Yippee!

Vesper: Ether Saga recently reached its funding target, with some promising stretch goals right around the corner including new heroes, backgrounds, missions, and more. Meanwhile, if the game’s art is relevant to your interests, a few of Jérémy’s graphic novels are already available in English, including the pirate thriller Barracuda. I, for one, am definitely intrigued!