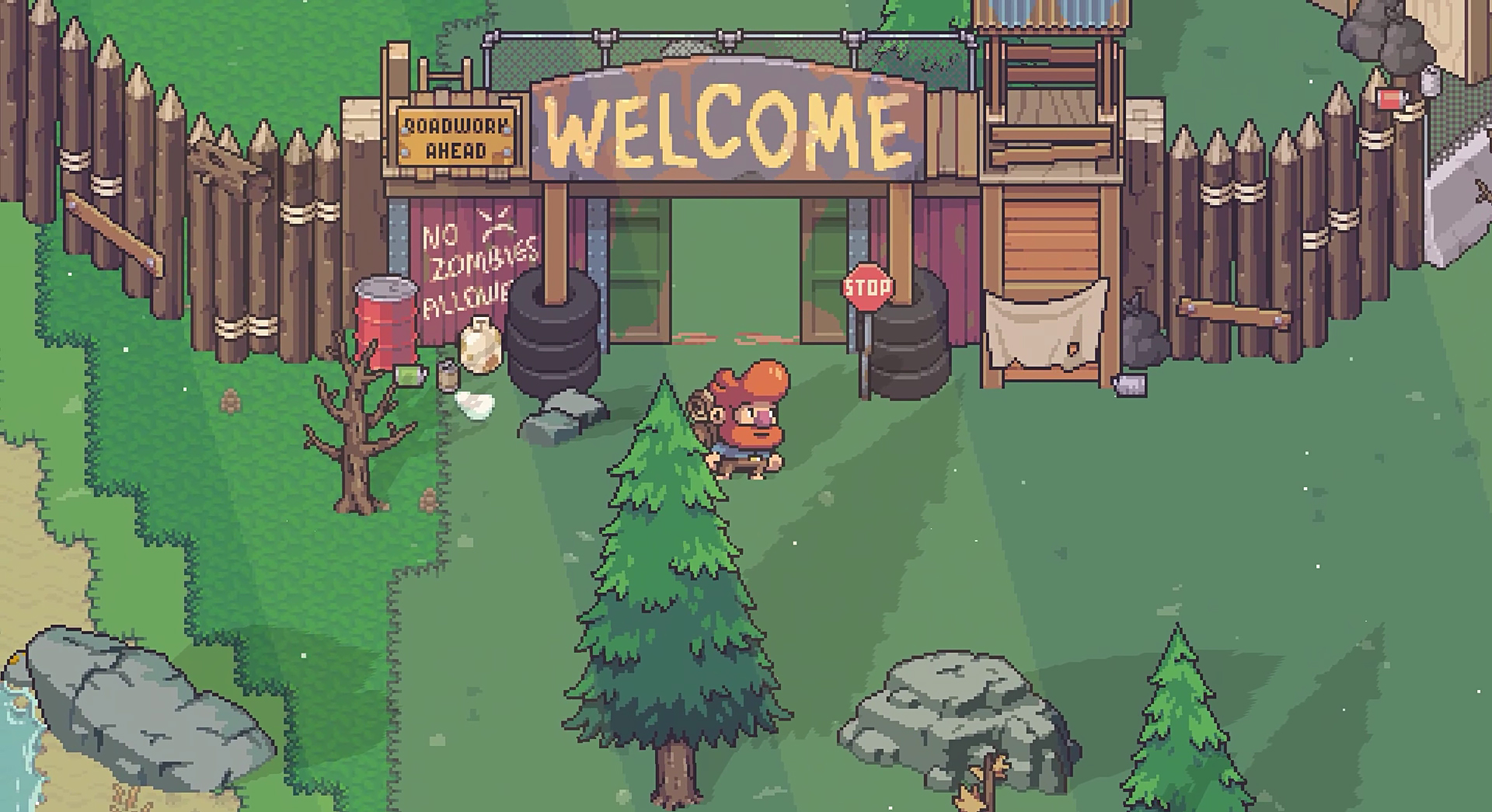 I’ve always lamented the fact that the Rune Factory games aren’t set during a zombie apocalypse. Actually, this is a lie. The thought has never crossed my mind, though a glimpse of Wanderlost has me convinced that mixing a wholesome farming RPG with undead action and wilderness survival is a brilliant idea.

Playing as our determined survivor, “Bub” (or an as-yet unnamed female counterpart), you start the game with nothing but your worn-out clothes, a will to live, and an ample amount of facial hair. Explore the endless, procedurally-generated wilderness of post-apocalyptic America to find food and other resources, avoiding an irritating amount of zombies along the way. Perhaps you’ll even stumble upon the treasure-filled remnants of abandoned towns! In the meantime, you’ll need to keep an eye on your survival stats, such as body temperature, tiredness, and hunger. Wear a warm coat during the winter and don’t forget to eat!

Though you’ll need to hunt or forage for ingredients at first, you’ll soon have your own little farm to look after. Choose one of several distinct biomes for your home base; each environment is suitable for different crops and filled with distinct resources, animals (edible or otherwise), and fish. Build up your house and surroundings, making sure you’re well-prepared for zombie attacks and the changing of seasons; make use of smelters, water wells, a variety of traps, and even tend to a nice flower garden. Eventually, you’ll find your way to Halcyon, one of the few remaining human settlements. Stock up on necessities in town, pick up some quests, and most importantly, experience the heartwarming joys of post-apocalyptic friendship.

You’ll come across four grotesque yet charming zombie varieties while exploring the wilderness, each with their own unique abilities and hairstyles. Pompadours are making a comeback after the fall of civilization. Gain experience through combat and customize your battle stats upon leveling up, and character builds include assassins, gunslingers, and more.  To note, the game does feature a bit of bloody violence during battle and hunting scenes, though the chibi-style pixel art keeps things from reaching a mature rating.

Though Wanderlost hit its initial campaign target early on, some fun and exciting stretch goals remain: chief among them are new character customization options based on professions, along with mini-biomes within the larger areas. On a closing note, the game campaign page describes this title as “the cutest apocalypse of all time,” and I’m thinking I might just agree. If the idea of Rune Factory mixed with The Walking Dead appeals to you, Wanderlost will be a must-play. Bring a plaid shirt and a decent beard trimmer because the wasteland calls!