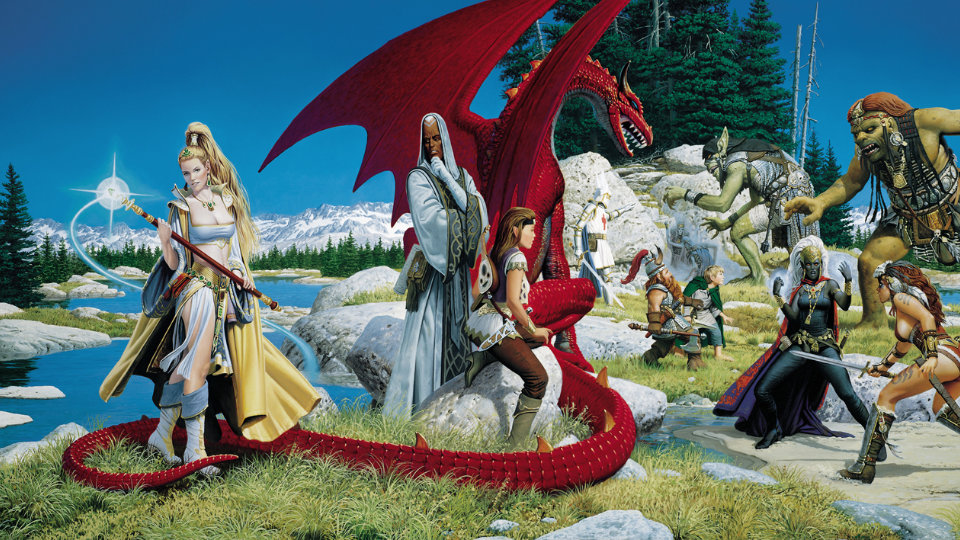 A fair note: This one deals with some heavy material regarding depression and family. If you’re okay with that, proceed.

In 1999, I was sixteen years old and visiting my mother. I hadn’t seen her in a few years; she and my father had separated, and I was taken in by my grandparents. It was a strange situation, but not a bad one. However, the plan was to see if there was a way for my mother and me to work as a family unit. I was going to live at her and her boyfriend’s place for six weeks and try things out.

She bought me EverQuest as a present, and while I was excited at the prospect of playing it, the world of Norrath would have to wait. I needed to figure out my real life first, and it wasn’t going to be easy. Six weeks came and went, and it didn’t pan out as hoped. While my mother and I got along fine, I still felt very distant from her. There was a lot we couldn’t resolve — emotional questions about family and belonging I couldn’t articulate at sixteen years of age. The man she was seeing was a nightmare, too. Nice on the surface, but difficult and resentful of having me around.

In the end, I decided to remain with my grandparents. My mother and I wouldn’t see each other again for nearly twenty years.

Depression is a hell of a thing at any age, but in 1999 it was poorly diagnosed, and nobody I knew went to see psychiatrists. For someone with a largely Chinese family, it also wasn’t culturally normative. It was for rich people, usually white. For want of medication or counselling, I retreated into games, and EverQuest was central to them.

I still remember building my first Wood Elf Druid and running around the treetops of Kelethin. It was marvelous to me. Everything was so big, so realized. I didn’t think a game could be so realistic and lush! Uh…at the time anyway. It was July of 1999, and the Dreamcast hadn’t landed yet, so you can imagine how much of a step up from the original PlayStation and N64 this was.

I ended up dropping out of school. I’d had difficulty fitting in for reasons I didn’t understand at the time but now know to be a spectrum disorder. Combined with my family issues, it was a one-two punch, and it would be some years before I would go for my GED and seek a college education.

That meant I spent a lot of time in EverQuest. If I wasn’t in some internet chatroom or message board, I was in EQ. I wasn’t any good at the game, often making new characters to try out different classes and explore new starting areas. In time, I did at least develop somewhat well as a Necromancer.

The thing I remember the most about EverQuest is that it gave me somewhere to be. I didn’t have to think about going outside or being around people, and it distracted me from the loss of both school and a place with my mother. It was enough just to run around the icy cliffs of Halas and pretend I was a barbarian for the day. I made friends, I joined guilds, I role-played, and I even found romance! I spent three years in EverQuest, avoiding myself.

The problem was, I didn’t really do anything else. If I wasn’t in EverQuest, I was role-playing via chatrooms and forums. I was essentially doing the same thing, just without the nice graphics. It became an obsession, writing day after day, creating character after character. I stopped swimming, playing soccer, or even associating with my friends all that much. I had a girlfriend at the time — my first relationship. It went poorly. Neither of us knew how to treat the other, and we spent most of our time in EverQuest anyway. It ended on a sour note, and I went deeper into my fictional retreats.

It wasn’t until the end of 2001 that I started to feel better. I’d recently attended an anime convention at the suggestion of my uncle, who was a bit of a nerd and thought it would be a good way to get me out of the house. He was right. Going from zero to a hundred in terms of socialization snapped me out of my funk, partially because the people I was suddenly around were gamers and anime fans like myself. A lot of them had the same baggage, and we could talk about it.

Slowly, I started to play less and come to terms with society a lot more. I began to hang out with people, go places, and be a kind of medium happy again. It was a relief, but it also couldn’t have happened without the cocoon I’d formed using EverQuest. When I trace it all back, I needed to be lost in that space and sort myself out in small, gradual amounts. EQ was immersive that way. I could just forget about myself when I needed to.

By the time my EQ fixation had worn off, I had imported Final Fantasy XI with a number of fellow RPGFan staff and was ready to embark on those adventures, but it wasn’t for the same reasons. I played EQ because I had to. I joined FFXI because I wanted to.

Twenty years later, I’m in a much better place. I graduated in 2008 with a Bachelor’s in Illustration. I’ve reunited with my mother (who thankfully shook off the jerk boyfriend a long time ago). I’m happily married, have three furbabies, and manage my depression with both medicine and therapy. Most of all, I see fantasy worlds as nice vacations, not necessities.

I’m grateful for the game that let me heal. EverQuest taught me that a bit of escapism can give you a safe space to live while you organize yourself. Just be careful and don’t get lost there.