Five RPGs You Can Beat In Less Than 15 Hours 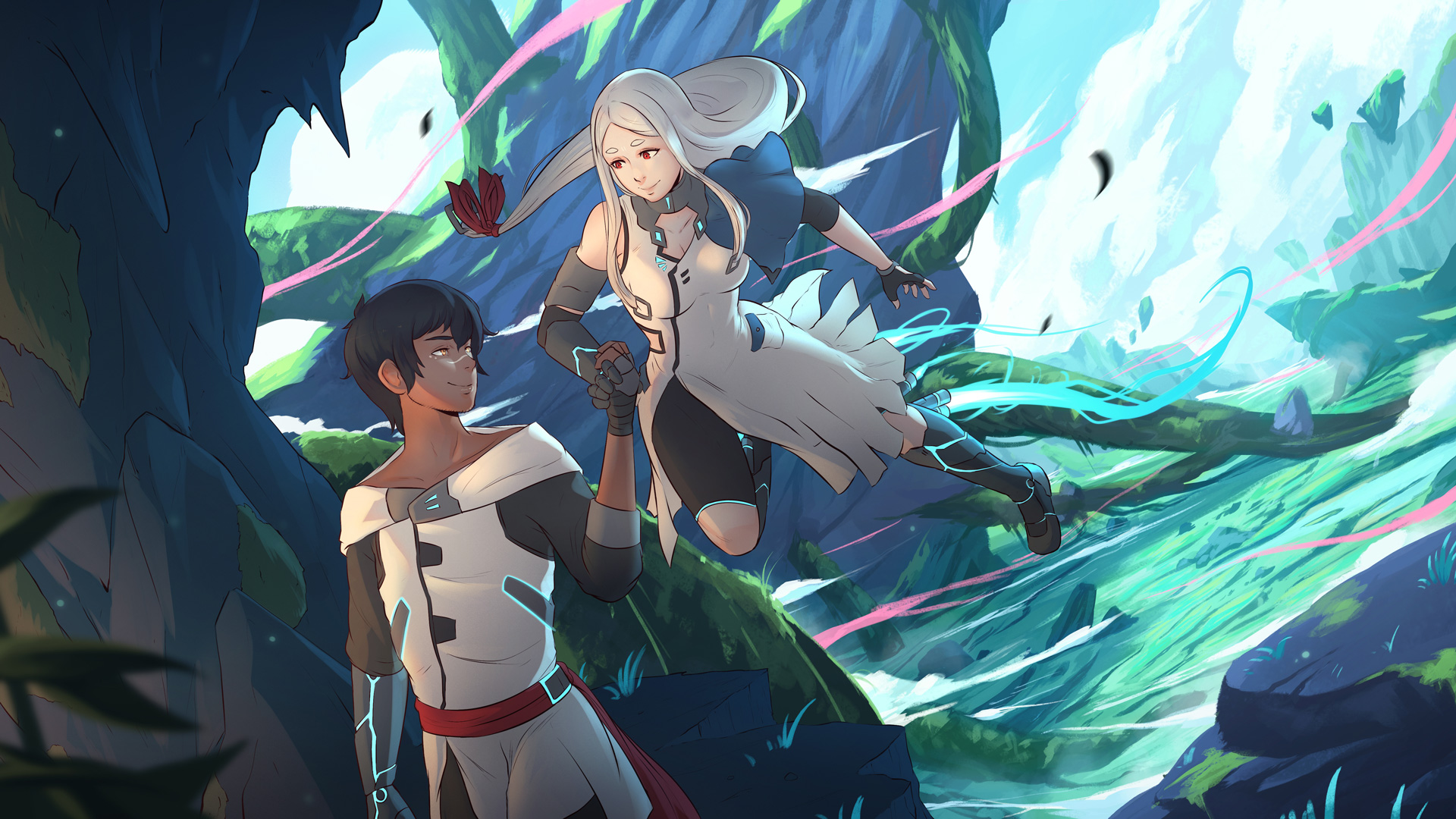 It’s no secret: RPGs are getting longer. Budgets are getting bigger, and developers are packing games with so much extra fun/tedium that you can spend hours in a game and miss entire systems. At one point, a long RPG was around 40 hours. My Persona 5 save (not Royal!) was around 112 hours. That’s insane! It was worth it, absolutely, but after a meaty morsel like that, I need a break. Shorter games are not to be overlooked. As the age of the average game enthusiast rises, the amount of free time they have for games dwindles. My intent is to seek out games that I was able to complete in less than 15 hours. Here’s a short list of excellent palate cleansers or great RPGs if you’re short on time.

I included Franken here because I wanted to highlight the indie beyond indie. A true underground game that surely nobody would know about! Then Dunkey did a video on it. Regardless, Franken is a very short RPG made to enjoy in a single sitting. It tells a humorous tale of saving the world and trusting your friends, and some of the pixel art is downright incredible.

Franken hits on some of the older NES-style RPGs. It doesn’t require a whole lot of thought or strategy. The game explains exactly what is needed or where to go, and it often tunnels you into going to a specific place. The world is rich in text, with NPCs offering amusing information to the player and containing a level of self-awareness that doesn’t become too ridiculous or over the top.

Though it’s incredibly linear and offers almost no customization, it provides an entertaining combat system the player can understand and master in a single sitting. Franken is fun, beautiful, and worth the hour you’ll put into it. Even better, it’s completely free. Enjoy.

Cat Quest is an action RPG that keeps things simple. Though a short and sweet game, Cat Quest has extensive variety in equipment, allowing you to build your character for either attack, healing, or magic. It may have been simpler to railroad the player into a single archetype, yet Cat Quest offers a surprising amount of player customization for the game’s simple presentation. I managed to complete everything in Cat Quest in ten hours. Soup to nuts.

Cat Quest II offers a co-op experience (couch and online) with a slightly protracted campaign. More importantly, it allows you to play as a dog—finally, a little love for us dog lovers. Most importantly, you’re bringing the Dog and Cat kingdoms together to live in peace, a utopia not imagined since 1980s Ghostbusters!

Cat Quest doesn’t hide what it is: a straightforward action RPG with waypoints, a way to upgrade gear/spells, and a simple story to entertain you. It’s not trying to be a narrative masterpiece. Cat Quest 1 & 2 offer a light experience that’s a lot of fun, can welcome in a partner, and isn’t too tough on the time piggy bank.

Wintermoor Tactics Club took me a bit by surprise. At first, I found it easily accessible with a fun premise. Alicia is a bookish 1980s high school student attending Wintermoor Academy and spends most of her time with her friends Colin and Jacob in Tactics Club. Tactics Club is where they play a tabletop game called C&C that closely resembles Dungeons and Dragons. C&C becomes an analog for their lives, allowing them to overcome trauma and work through their modern struggles. However, their routine gaming is interrupted when the principal of Wintermoor calls an assembly alerting all clubs that they’ll be facing off in a snowball fight competition to determine the ultimate club. The stakes? Losing clubs must disband.

The game contains two primary gameplay loops. The first is the school, walking around, engaging with students, and taking on sidequests. I found walking around school far more enjoyable than I thought I would. Students have fun things to say, and the students move around and have new things to say every time something in the game changes (day, main quest completions, etc.) A lot of work went into making the school feel lively. The second gameplay loop is the C&C tabletop game that plays like a small-form tactical RPG. Everyone has a player character that somehow represents them in the real world. You can upgrade your characters by taking on tough battles or completing sidequests outside the game world.

Wintermoor Tactics Club almost didn’t make the cut with its relative length, but I was completing every sidequest I could and making sure to spy on other clubs to get a leg up in battles. If you’re looking to get straight to the point, Wintermoor Tactics Club will fall in that under-15-hour primer with enough extra that if you enjoy the world, you could spend more time in it.

Haven is a game I’ve been recommending for a while now, and not just because it’s a short RPG. One thing that separates Haven from the pack is the game’s primary focus: the growing pains of a budding relationship. Kay and Yu have recently escaped from a home planet where they’re forced into relationships based on computer compatibility. Neither member of the young couple likes this; they like each other. So they did what any young couple in love would: steal a spaceship and fly off the grid! But like so many star-crossed lovers, their spaceship crash lands on an uncharted planet, and they must live off the land.

Kay and Yu have to deal with the uncomfortable beginnings of a new relationship while trying to escape their old ones. Things go even more awry when their spaceship, the Nest, tumbles after an earthquake and can no longer fly. Throughout the game, you explore islets that make up the planet Source. The pair find a substance coating the planet called “Rust” that causes the planet’s fauna to become hostile. When they do, an ATB-style turn-based battle system greets you and has Kay and Yu beating up enemies until they’re ready to be pacified and returned to nature.

What I loved most about Haven is that it’s a love story told through exploration with an RPG-style combat system. Kay and Yu learn about their circumstances, their past, and their current relationship along with the player. You don’t passively hear the story, you experience it with the characters. I explored quite a bit of this game, but it wouldn’t surprise me if experiencing all of it would put it just past 15 hours. I point out Haven when I think of games that are a short time commitment but not short on substance.

Virgo Versus the Zodiac had been on my list for a while, and I never played it until I decided to write this feature. I am angry I’ve been recommending short RPGs to other people for so long and only now get to recommend Virgo Versus the Zodiac. This game is an absolute tour de force, blending a large cast of interesting characters, a beautifully constructed (albeit a little obtuse at times) battle system, and a killer soundtrack that I’m currently listening to as I write. I’m gushing, but considering how much game, dialogue, music, and art is packed into this game, you’ll be shocked it was under 15 hours.

Virgo has set out to collect the other Zodiac crowns to start over and return the universe to the golden age. Throughout the game, you meet an interesting cast of characters and see an incredibly consistent art style that is at once goofy, simple, and breathtaking. As she sets out to collect the crowns and learns more about the stars accompanying her, she learns about the true role she’s been playing in this galactic performance. The combat is based on timed hits and uses different buttons for each character, which was initially jarring, but I became accustomed to it quickly. The combat system is a bit much considering how short the game is, but I have to hand it to Moonana: it works and is fun.

I loved so much about this game, but what really struck me was how the story shook out. I didn’t expect Virgo Versus the Zodiac to be complex. It was a little wordy. But the wide range of characters maintained consistent personalities throughout, giving every character an impactful voice. I guess it doesn’t hurt that my zodiac sign, Aries, was a total badass. Every time I put the game down, though, I thought about it and what would come next. Virgo Versus the Zodiac could take multiple playthroughs to complete entirely, but I was able to complete the story and some extras in the time above.

All these games are packed with fun, excitement, and some interesting takes on traditional RPG systems. We managed to explore new worlds, fight powerful foes, unite warring factions, understand our enemies, and what did it cost us? Approximately 56 hours and five incredible games. More importantly, these games manage to be engaging and give you an experience that’ll stick with you. And that’s something you can take to the time bank. I set out to provide a list that ran the gamut of RPG styles. I hope at least one of these games connects with you personally. But know that if they don’t, I’ve got whole lists of other short games to provide.