Flashback Friday: An Adventure through a Tower of Doom in the Arcade 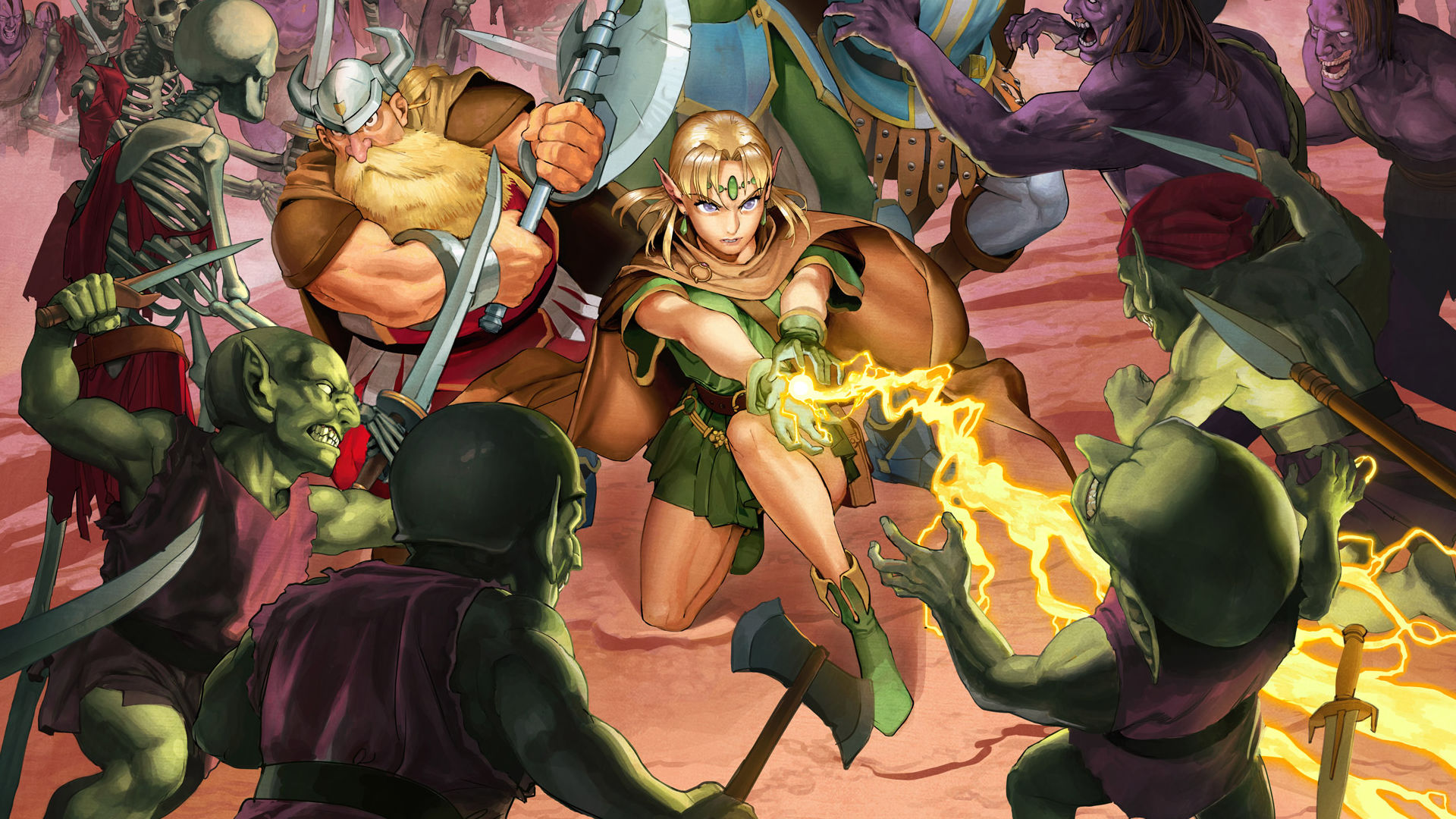 RPGs have never featured heavily in the arcades. Sure, there’s a handful like Golvellius, but they’re a rare breed. That’s not surprising, given the design requirements of a quarter-muncher. It has to be punchy, continually engaging, and able to eat your money at least every few minutes. That’s simply not part of the recipe for a full course meal of swords, sorcery, and scripted dialogue.

Capcom, absolute arcade overachievers of the 90s, cooked up a brawler-come-RPG that borrowed just enough from its tabletop namesake while keeping things fast and frantic via the fisticuffs formula of Final Fight.

The first time I encountered Tower of Doom, it was at a Cineplex Odeon—one of Canada’s major theatre chains. It was the early 2000s and the game was considered “old” even by then, but I was easily captivated by a shiny brawler. I’d seen similar games like Knights of the Round and a bootleg of Sengoku by then, so I assumed it was in the same vein.

Imagine my surprise when the game had items, a leveling system, and shops! Sure, other arcade beat ’em ups had similar, whether it was Golden Axe or Double Dragon III, but this was everything in one place. It helped I had also recently been introduced to Dungeons & Dragons and was eager to play a sprightly elf.

I was not good as the elf. Dwarf is where it’s at.

That didn’t stop me from trying, however. I chewed through a $5 and then a $10 in tokens, making my way to the fight with a drow elf on a flying ship with dragons involved before it was time to line up for the movie. I don’t remember what we ended up seeing, but Tower of Doom stuck in my mind. I was back next week, not for a movie, but for the game, and went down hard on $20.

The next week, the game was gone. It sucked, hard. I’d recover of course, playing the X-Men 6-player cabinet they’d set up, but I missed Tower of Doom.

I’d encounter it again in passing at my local billiards hall some years later, but it was gone from there in a couple of weeks as well. Nowhere really seemed to hang on to the title, which was a crying shame seeing as it was leagues ahead of its easier-to-find colleagues like The Simpsons or Teenage Mutant Ninja Turtles.

Before those pitchforks come out, let me be clear: I love The Simpsons and TMNT arcade games, but they have some severe limitations and unfair quarter-munching designs that make me put them down more than I pick them up. The same is true of most brawlers from that era, being that they often worked on similar engines reskinned for whatever franchise Capcom, Konami, or Data East had licensed that year. A few exceptions like The Punisher or Alien vs. Predator existed, but they definitely weren’t the rule.

Tower of Doom and its sequel, Shadow over Mystara, were pretty complex games for their time and format. Branching paths, experience points, shops, secret passages, auxiliary weapons, the diversity of player roles, and a variety of skills and magic spells made for a rich layer cake of gameplay, topped with the creamy icing of a solid soundtrack, the fondant of compelling visuals, and the cherry that was muffled, corny voice samples. [Editor’s Note: And now I’m hungry.]

In time, the game was finally released for Xbox 360 via LIVE Arcade and has since arrived on PCs via the Steam compilation, Dungeons & Dragons: Chronicles of Mystara. Replaying both titles in my first apartment as an adult with a good friend at my side was a treat. While they don’t hold quite the same magic they once did, they still manage to impress me. I’ve gone back to actually play some of the campaign source material they were based on, and it’s surprising just how much of this material that Capcom used to inform their games. These are the games I think about when I reflect on classic D&D, and often what I use as an aesthetic basis when crafting my own campaigns and characters.

They’re Golden Axe, they’re Alien vs. Predator. They’re River City Ransom, they’re Legend of Oasis. They’re Diablo, and they’re Dungeons & Dragons. A happy intersection of all of the above, perhaps never to be replicated in quite the same way again.