Interview with Inon Zur on Syberia: The World Before and More 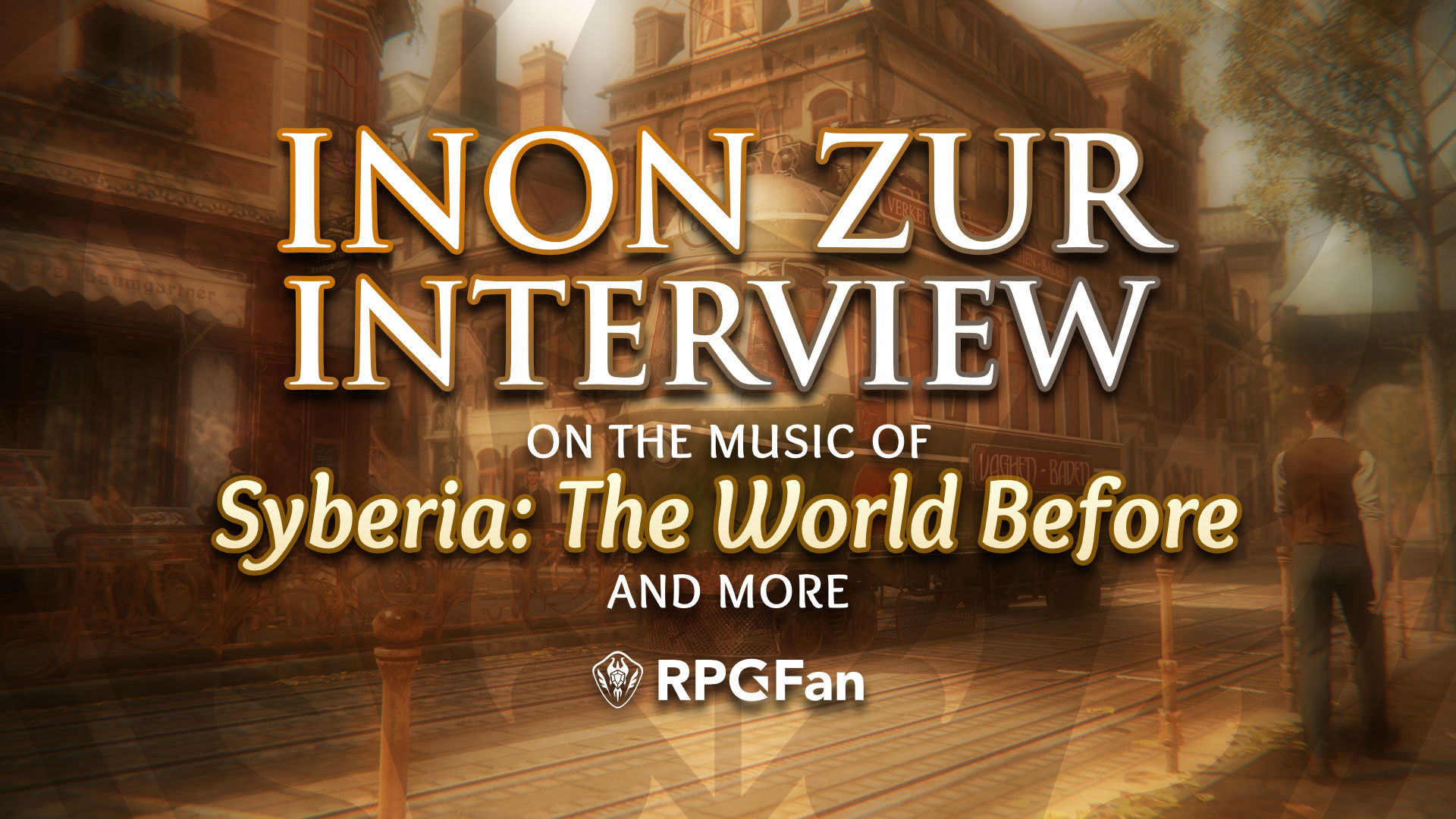 In the past two decades, Inon Zur has made a reputation as a strong, reliable, and innovative composer in the game music industry. He has worked on major titles within franchises such as Fallout, The Elder Scrolls, and Dragon Age and has come to define the soundscape of one especially interesting adventure game series: Syberia.

Later this month, Inon Zur’s works will be performed at The Soraya (Los Angeles) by the Los Angeles Jewish Symphony, featuring pianist Emily Bear, vocalist Jillian Aversa, and a piano medley of Fallout music performed by Zur himself. The concert, entitled Suite From Syberia: The World Before and other works by Inon Zur, will take place on November 20th at The Soraya’s Great Hall. As of this interview’s posting, tickets are still available. Even as Inon Zur prepares for this exciting performance, he managed to take time to talk to us about Syberia: The World Before, his many past works, his insights on composing for games of different genres, and his thoughts on the past decade’s vinyl revival.

RPGFan: Twenty years ago, we asked you about your work on Icewind Dale II — one of your first RPG soundtracks. You stated in this interview that while you recognized the pressure to write music on par with the first Icewind Dale, you also felt comfortable taking the sound of that franchise in a different direction. Looking back, do you believe Icewind Dale II‘s soundtrack stands on its own merits?

RPGFan: Having worked on other established franchises (Fallout, Lineage, The Lord of the Rings, Prince of Persia), have you felt that same pressure since, and do you still permit yourself to take a game’s existing soundscape in new directions?

Inon Zur: It’s always challenging to take on an existing franchise that has a recognizable or even iconic score and continue its next chapter. It doesn’t matter if I wrote it or somebody else: it’s still about finding the right balance between bringing familiar sounds to the player to provide a connection with the previous chapter and embarking on a new musical journey that branches out into a new experience that connects us with the new story.

RPGFan: How do you decide what instrumentation and tone fit a given game?

Inon Zur: The orchestra, like any other musical palette, has a natural affinity for describing different emotions, allowing our imagination to connect to a story. Like when we see colours or feel emotions, the orchestral palette will impart or describe it with different tones. For example, with an English horn, we automatically think of something somber. When we hear French horns, automatically we think about something heroic. This is just the nature of our ears after hearing so much classical music and music for film, we tend to relate certain instruments with certain feelings and I’m using this knowledge to my advantage when selecting the instrumentation. So when I need to describe a story or particular emotion, I will choose the instrument that I think best describes or is most associated with this specific emotion or part of the story.

RPGFan: What is the process for incorporating vocals into your songs that use them?

Inon Zur: It depends on the project. With Dragon Age, for instance, I felt at some point we needed a break from the instrumental music and to add more of a human touch and voice, whereby I decided to feature a song inside the score. However, it’s about choosing the right place. You don’t want to do it all the time, so that when the appropriate time comes it can be a significant game changer for a score, to create a major emotional shift and show the importance of a particular scene.

RPGFan: The Syberia franchise is well-loved by many, especially adventure game enthusiasts. You recently composed the entire score to Syberia: The World Before, with digital and vinyl versions of the soundtrack published in the past year. What do you find to be the greatest challenge when composing for slower, narrative-driven games like these?

Inon Zur: These games call for a different approach compared to more action-driven games, where you have to create a more adrenaline-pumping score that drives and motivates the player forward with the right rhythm and gusto of energy. With an adventure game like Syberia, the focus is more on creating the emotional aspect solely and not so much harping on the tension and action. This calls for a different style of orchestration and melodic composition, which the player finds compelling and adaptive to the story in a unique way that is emotion-driven as opposed to action-driven.

RPGFan: The music industry, including soundtrack publications, is in the midst of a “vinyl revival.” What are your thoughts about having your music published on vinyl LPs? Do you notice a difference in the quality and fidelity of the audio when you listen to it compared to compressed digital (mp3) or audio CD?

Inon Zur: Honestly, when the vinyl revival gained traction in the early 2010s, I initially didn’t pay too much attention to it. I was of the mindset that we needed to look to the future, modernism, and to embrace the digital age. But my whole point of view changed when I played the Syberia: The World Before vinyl. It just told a very different story from a sonic point of view. It’s not that it’s better or lower quality; it just has a different attribution and has such a unique sound to it. For me, it takes me to places in my imagination compared to hearing digital sound, which doesn’t deliver the same feeling. It’s hard to explain exactly why. Perhaps it’s nostalgia as I used to listen to a lot of vinyl records during my childhood. But I also think the specific analog compression created for vinyl evokes a unique sound of its own that offers a different listening experience to the musical storytelling.

RPGFan: Do you keep a collection of music for yourself (CD, vinyl, other)? If someone were to peruse your collection, what artists/albums might they find?

Inon Zur: I listen to music on all the platforms. They would find music by my favorite classical composers like Debussy, Stravinsky, Dvořák, Brahms, Beethoven, Bach, and Prokofiev. But also jazz composers like Keith Jarrett, Herbie Hancock, and Miles Davis. Also, bands like The Beatles, The Police, and Queen. And soundtracks by film composers John Williams, Thomas Newman, and Jerry Goldsmith. These artists have all had an important influence on my writing in one way or another.

RPGFan: Being an award-winning, well-established composer for games, film, and television, the demand for your work may well exceed the supply — that is, the amount of time you have to write music! Have there been any projects you wish you could have said “yes” to but could not because of time constraints?

Inon Zur: Usually, time restraints are not an issue for me. When I want to take on a project, I will commit to it no matter what.

Thanks so much for the interview, Mr. Zur! We would like to reiterate our gratitude for taking the time to answer our questions as you prepare for Suite From Syberia: The World Before premiering in Los Angeles. As a reminder to our readers, especially those in and around the Los Angeles area, tickets are still available for the upcoming show via The Soraya.