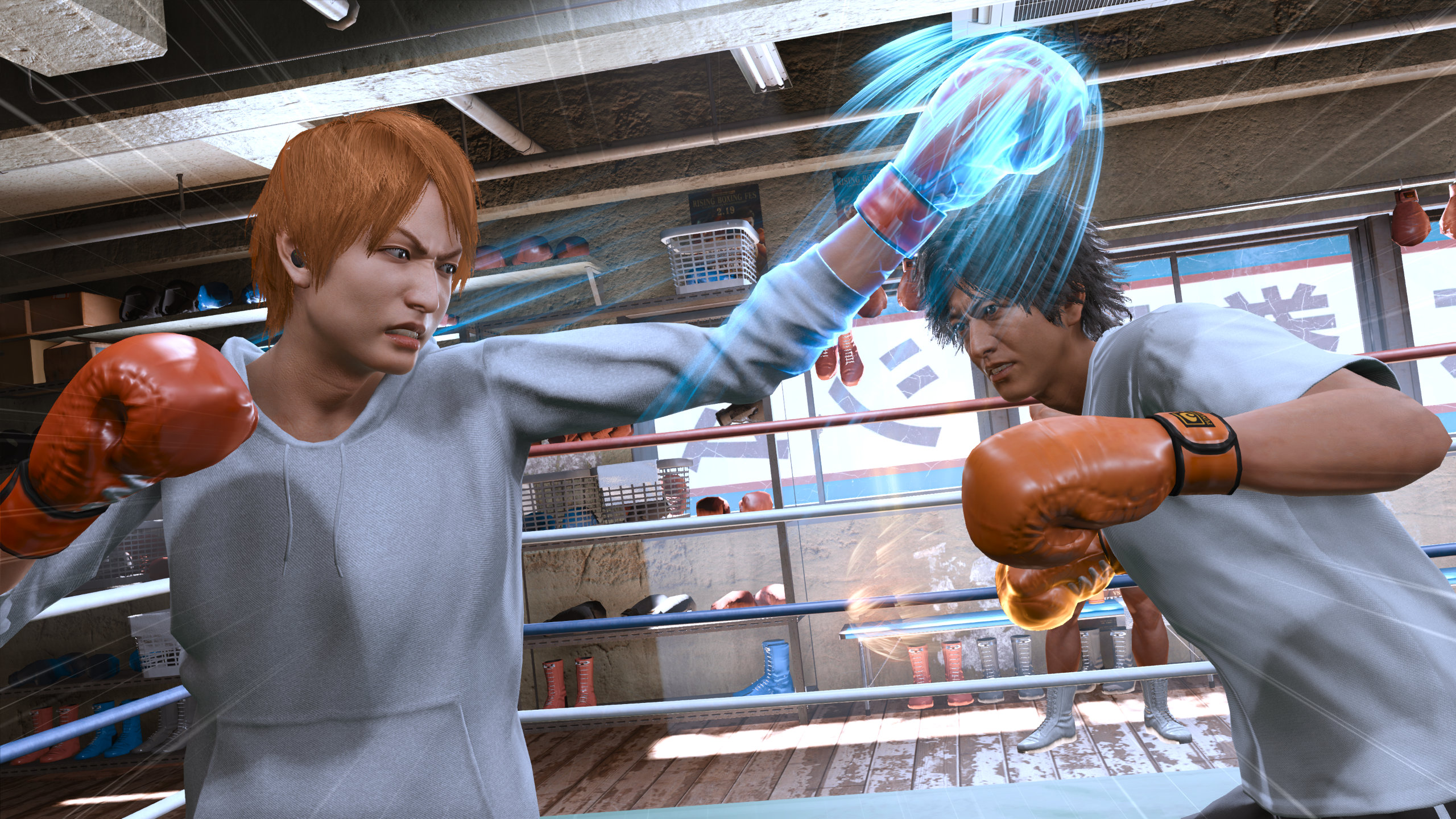 I’ve never been one for 100% completion runs, but the closest I got to considering it for anything released somewhat recently was with one of my all-time favourites — the enduringly revered Yakuza 0. Although I dabbled with its side content throughout my first playthrough, I often found myself far too enamoured with the game’s dramatic twists and turns to focus on anything other than its main plot; this meant that the scores of amazing sub stories and minigames would have to wait for a later revisit, which I did eventually get around to. Unfortunately, my attempt at completionism was cut short by my foolish desire to simply experience the story a second time. Several years later, I’ve been playing through Ryu Ga Gotoku Studio’s recent Yakuza spin-off sequel Lost Judgment, and I’ve found myself with the exact opposite problem: I’ve been too engaged with the game’s amazing optional content, namely the excellent “School Stories,” to progress through the “probably good” main story until the game forces me to. So far, I’ve focused a significantly larger amount of my total playtime advancing through the school stories and side cases than the main narrative. I say that like it’s a problem, but I’ve honestly had a fantastic time.

I know that the headline of this article isn’t a particularly mind-blowing sentiment, especially as the Yakuza series has always thrived on excellent side content. But I’ve always been one to “golden path” these games to satisfy my intense love for their emotive crime-thriller theatrics. It’s only when Lost Judgment’s main story started to bore me that I decided to ditch it entirely and start investing in some of the many lovingly crafted side activities, gaining a new appreciation for them in the process.

Much of the critical discussion surrounding Lost Judgment mentions the potential for tonal whiplash or the disparity between the game’s more serious story and the rest of its world. It’s something that I’ve definitely noticed, especially as the opening chapters bounce you around between a deeply disturbing story about high school bullying and incredibly goofy missions to introduce a new mechanic or minigame. I’ve always considered tonal balance to be one of the strengths of the Yakuza series (especially in last year’s Yakuza: Like A Dragon, which I would describe as a tragicomic video game). But given the darker nature of Lost Judgment’s primary story, I can already tell that it walks a tonal tightrope that is more difficult to balance in the way the series has so deftly managed before. There is a very thin line between the two spheres of Lost Judgment, and the game seems to make you aware of it at every possible opportunity. In an effort to try and understand this divide a little better and appreciate what is clearly a large part of this particular entry’s appeal, I decided to do as much of the side content as the game would allow before it funnelled me back into the main story.

What has unfolded in my time since prioritizing the game’s side cases is to be expected as someone familiar with the series: ace detective Takayuki Yagami has led a high school dance team to national competition with his quietly confident choreography prowess, learned a lot about robotics, and seriously improved his skill in boxing, skateboarding and long-distance dog walking. He is living his best life. Serious investigations can totally wait; Yagami needs time for this level of self-improvement and self-care.

Part of what makes the side content in Lost Judgment so compelling is the way in which it is structured, linking your various side activities into one of the game’s main story settings: Seiryo High School. Yagami serves as an outside advisor to the school’s Mystery Research Club (sort of a 21 Jump Street-style undercover identity), and many of the new activities are initially presented as investigations: a chance to help out students with a variety of highly specific problems. These investigations usually involve doing a club activity as a minigame for a while, interspersed with more traditional missions like tailing, detecting and throwing down with anybody who wants the action.

School stories are mostly chopped up into short sequences of uneven length for different clubs (you could even describe some of them as factions). As a result, what you get with each club varies massively in terms of both the primary activity and the kind of story that is wrapped around it, but as you can probably tell from my earlier reaction to the content, I’d consider almost everything about the school stories — as well as the returning side cases — a triumph.

One of the primary reasons for this is due to the concise narratives in each arc of the school stories. These explore topics related to the mundane but important anxieties of average high school students, but things are occasionally taken to heightened, absurd levels. Yagami helps the students through these scenarios at a pace distinctly befitting the severity of their problems, and as the game unfolds further, separate stories eventually cascade into each other in a way that is both convoluted and satisfying.

These school stories are also well served by overall storytelling clarity. Amongst the various school clubs, there are some surprisingly nuanced conversations about what a school owes its students, developing an identity, and the difficulties of social pressure. None of it is necessarily world-class writing, but it’s all at least “pretty good” and occasionally “great,” which is more than can be said for wide swathes of video game side quests. I was particularly engaged by the characters of Kotoko Itokura, the high school dropout turned Mystery Research Club sidekick, and Doumu Okitegawa, the business-minded and frustratingly rational head of the Robotics Club. And I haven’t even mentioned certain characters that tie the whole metanarrative together, the discussion of which might spoil this section of the game for anyone who hasn’t played it. By the time the final arc of the school stories began ramping up, I was impressed by how it all came together and disappointed with myself for assuming that the main story would be the best the game had to offer. That’s not to say that Lost Judgment’s story is bad, but it’s more an acknowledgement that the ephemera provided by the rest of the game was exactly what I was looking for at the time.

When compared to the high-stakes, hard-boiled adventures in the main game, the school stories are essentially a different game entirely. The tonal divide I mentioned before was never clearer to me than when I experienced certain high-tension moments in club activities, which despite being a lot less dire than saving a friend from gang members or uncovering the culprit of a murder, are treated with a similar level of importance in Lost Judgment‘s world.

The school stories are in many ways more focused than the primary story. This is in part due to the aforementioned structure and the smaller stakes. Despite eventually snowballing into the type of conspiracies that would seem at home in any Yakuza title, the school stories keep things at a cool ratio of 70% breezy fun to 30% emphatic conversations and serious business. They weave an inherent silliness with some of the trademark RGG Studio sincerity, but they also don’t downplay the importance of anything that Yagami does in this sphere of the game. Ultimately, these side content escapades do just as much to characterise Yagami as anything else in the game’s main story.

I had some difficulty getting invested in the first Judgment. I think that’s mostly due to the presentation of Yagami, who through no fault of his own feels a lot less detailed than other RGG protagonists do for much of their first game. By the end of it, I came away with a better understanding of him, but I still feel like there was a lot of spark missing from that first game that is more completely cultivated in the sequel. The school stories and side cases in Lost Judgment are great at showing you the guiding principles of Yagami as a character. I had often wondered how far Yagami might go to help someone — a question I never felt I had to ask about Kiryu or even Ichiban after spending some time with them. The school stories, in small but meaningful ways, provided some answers to the questions I had about Yagami as a hero.

It’s for all these reasons and more that I found myself engaged with Lost Judgment’s side dishes more than its main course. I felt foolish for underestimating this aspect of the game, and I came away from it with a more complete understanding of what the Judgment series could be in the future, if only RGG decides to go there. I still had a lingering feeling that past Yakuza games had more coherently transitioned between opposing tones in their content; similarly, I felt that some of the content outside of the main story was good enough to help serve the narrative at its peak and should have been pushed to the forefront. I hope future games by RGG might be able to appreciate this perspective.

I’m glad I decided to invest time into this aspect of Lost Judgment; it’s certainly renewed my perspective on side content in games as a whole, and it’s prompted me to consider revisiting some other games with this new point of view. Maybe I’ll even go back to 100% Yakuza 0 and not get distracted by the story this time.