“Man Must Own the World”: Final Fantasy XIV, Gaius van Baelsar, and The Praetorium Speech 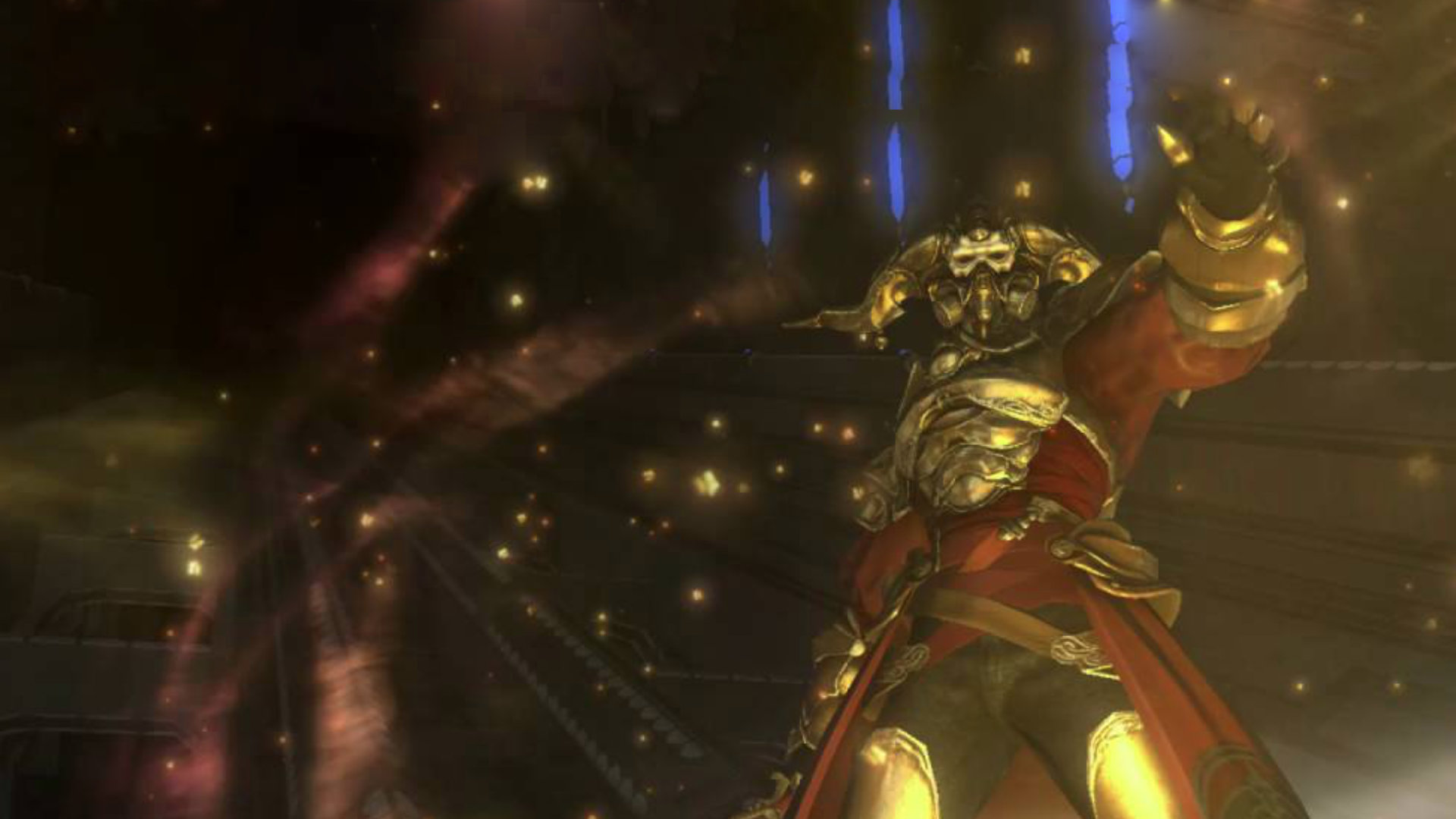 “To believe in Eorzea is to believe in nothing.” This memorable line from Gaius van Baelsar, an imperial general and antagonist in Final Fantasy XIV’s first main storyline, has flown around my temples like a persistent gnat. To those familiar with this world, van Baelsar’s statement is an admonishment of the Warrior of Light’s faith in the gods, a particular abstraction of the land of Eorzea. A challenge for a hero of faith in the face of vast machines which aim to render the sacred obsolete. But by seeking out the depths of van Baelsar, we are led to an application of this line and the greater monologue which goes far beyond the lore of an online role playing game. Gaius van Baelsar is a useful tool in processing the banality and incoherence of fascism.

Perhaps there isn’t anything worth believing in, but to believe in nothing is far worse.

The first clue to understanding van Baelsar comes from his namesake. “Gaius” was the given name for a number of figures throughout Roman imperial history, most notably rulers of the Julio-Claudian dynasty. What does this say of van Baelsar? Do we see a simplification of Caesar, the man whose genius and ego laid the foundations for the erosion of a 500-year republic? Or is this a glimpse of Caligula, who gorged himself upon the achievements of the better men who preceded him? Where a more historically singular name (Lincoln, Thatcher, Stalin) would give definition to our analysis of the Legatus Legionis of the Garlean Empire, “Gaius” is scattershot, leading down paths of less certain origin.

Due to these snakeways, we come to where van Baelsar’s greatest depraved influence lies, a Roman 2,000 years on from the days of Caesar: Benito Mussolini. The Garlean Empire is painted as a haunting parallel of the attitudes and beliefs of the post-World War Italian state, and it’s no coincidence that their notorious general shares a great deal with the father of fascism. To Mussolini, the world was a brutal, godless place, only fit for the strongest of men. There was no divine to strike him down, no warrior who would bid him kneel, no nation to stop the might of his own. Those who believed in égalité and suffered the unseen were weak, making his rule not only duty but destiny. This was to be the basis for the butchering of millions from his appointment as Prime Minister of Italy in 1922 until his righteous end as the upside-down Duce in 1945.

Upon reaching the deepest workings of The Praetorium dungeon in FFXIV, we find van Baelsar in a regal form, composed of single-minded conviction. He glares from across the room, mocking the character for all the beliefs they hold dear. “Eorzea’s unity is forged on falsehoods… and its faith is an instrument of deception… Your Gods are no different from those of the beasts — eikons, every one.” Gaius rejects the power of divinity, and cannot fathom that there is a power greater than that which he can grab with his own two hands. The gods are only manifestations of the beliefs of the poor of will, and they who have faith in these gods deserve a life of subjugation. “When the dust of battle settles, it is ever the strong who dictate the fate of the weak… it is only right that I should take your realm, for none among you has the power to stop me.”

But the player, The Warrior of Light, has this power. We defeat Gaius van Baelsar and his “all-powerful machinery.” And by doing so, the player tears asunder the core tenets of fascist dogma. Gaius sits among the rubble of his demise, the entirety of his ideology placed on a spike in front of his eyes. What is defeat to a fascist if not an end to life? With lucidity, he comes to a new thesis: To believe in Garlemald is to believe in nothing. The all-consuming thoughts of superiority and conquest are lies. Perhaps there isn’t anything worth believing in, but to believe in nothing is far worse. And so, Gaius van Baelsar walks away from the debris, a Garlean no more.

Politics is a competition of storytelling. For every dialogue, the winner is not the most factual, the most well-researched, the most sensible, the kindest. Victory simply lay with those who have told the best story to the most willing of ears. And alarmingly, at various times over the past century, the story of fascism has won the minds of millions. Millions of people like Gaius, who nearly took the belief that “might makes right” to the only possible conclusion. In this case, thankfully, this particular cycle of violence has come to an end.

In The Doctrine of Fascism, Mussolini never found the end. For his belief system to persist, all that could exist was struggle. Human life was built only upon domination, and a war that can never end. But like an insect wriggling in the mouth of a carnivorous plant, fascism will not survive. The conquest he craved was as unnatural as hatred, the “might” he boasted of as porous as his superiority. To this end, fascism is emptiness, an infantile display of nihilism. The story of Gaius van Baelsar is, ultimately, the first step towards hope. For each life, solace comes in the embrace of tomorrow. I am enlivened in the knowledge that one day, the tyrants of our age will be undone. It’s not an inevitability to be waited on, it’s a promise to be fulfilled.