Mega Man Battle Network and Technophobia in the Digital Age 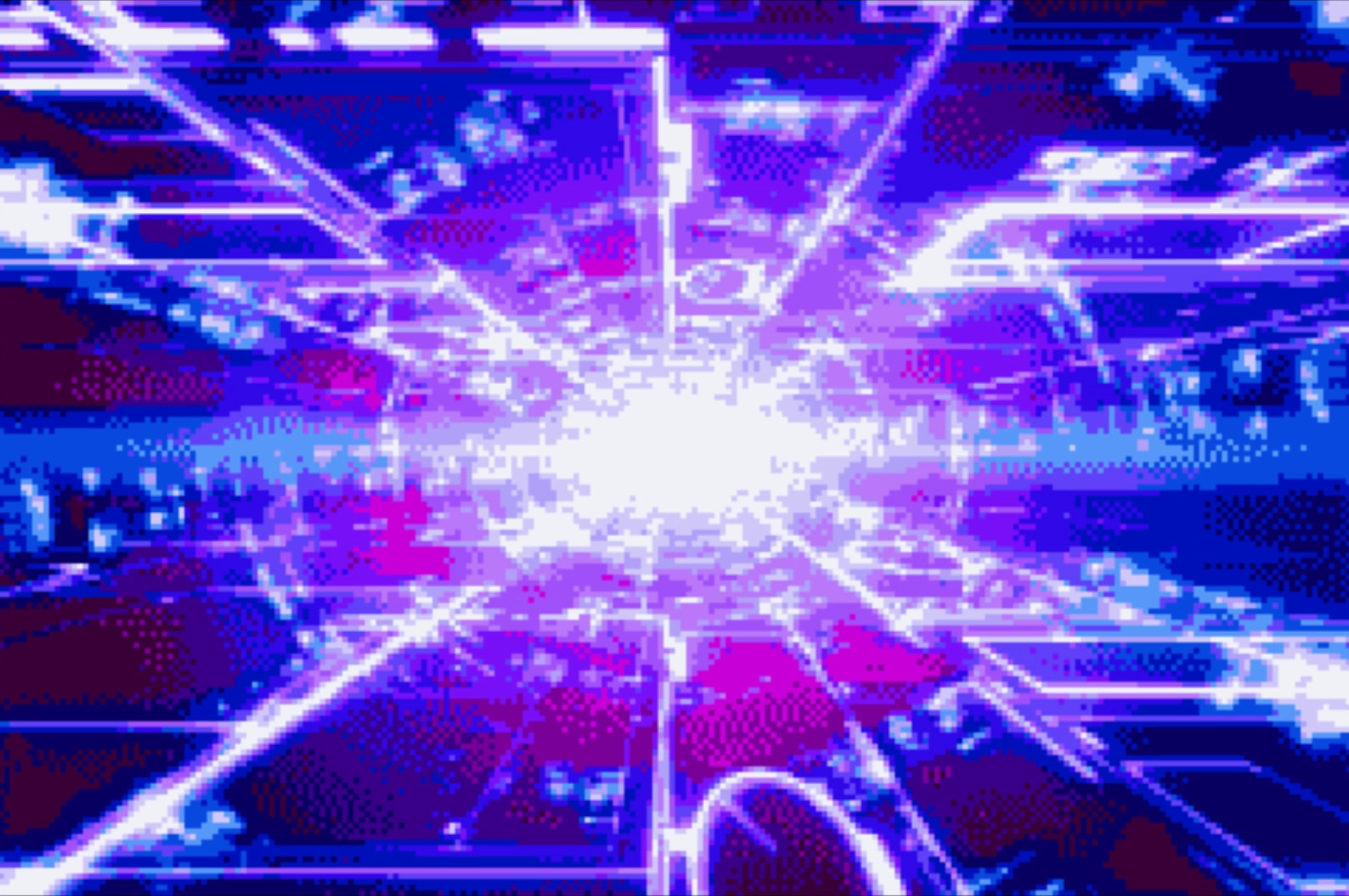 Mega Man. The Blue Bomber. The Super Fighting Robot. He doesn’t need any introductions: He’s classic. He’s iconic. He’s a monolith. A lone warrior created by esteemed scientist Dr. Light is sent on a mission to destroy eight robot masters. Along the way, he must survive hordes of enemies, perilous traps and bottomless pits, and confront the evil Dr. Wily in his massive fortress. In every new installment of the series, Mega Man must smash and bash new robot masters, conquer new zones, collect the abilities of his enemies, and use them to fight back against the never-ending cavalcade of mechanical evil. As our little blue dude continued to put an end to Wily’s schemes over the years, so too did the franchise continue to grow.

The critically acclaimed Mega Man X, set hundreds of years after the original series, added mechanical depth with additional movement abilities and attempted a more considerable narrative emphasis. Mega Man Legends is a fan favorite for bringing the mascot into three-dimensional space and giving players a less linear experience. But one part of Mega Man’s tapestry falls into a niche not many venture into, despite it holding strong to the original’s themes: Mega Man Battle Network, the handheld spin-off series akin to a deck-building, action RPG hybrid. Battle Network shares a close bond with the original Mega Man series — closer than with the rest of its fellow spin-offs. Its views on technology, the terror springing forth from abusing it, and the radiating joy from its empathetic application are distinctly reminiscent of classic Mega Man but reexamined for the digital age.

The technophobic aspects of Mega Man are well-constructed and plain to see. Wily betrays Light by reprogramming the robots they built together for his visions of conquest, and Light equips Mega Man with the weaponry he needs to take out the robot masters. Over the course of the game, Mega Man collects the robot masters’ powers and uses them to deal with the ones left standing. In short, Wily is misappropriating technology by utilizing its power to gain supremacy over the world. Betrayed, Light then turns technology against technology, weaponizing it as Wily did, but as a countermeasure to the evil scientist’s actions. Mega Man’s ability to harness each robot master’s unique attributes is vital, turning destructive technology into a force of good or one benefiting humanity. The comparison has been made many times, but Mega Man can be interpreted as a response to nuclear technology.

Wily making weapons out of machines is the invention of the nuclear warhead, and Light’s hastily made super fighting robot is the atomic arms race that followed. The zones Mega Man adventures through are synonymous with mass industrialization; Mega Man’s use of boss abilities is an example of turning nuclear power into a valuable resource or reduction of nuclear armaments. But the game can simultaneously be about emerging sciences, the importance of remembering past mistakes, and fears of new advancements being potentially poisonous to humanity. As a whole, Mega Man is a thoughtful commentary based on these fears: it’s aware of the good such technology can also provide. Technophobia, while immensely relevant to our society as we continue to push into the future, is cautious, not predictive. It’s in constant need of revision as innovations and understanding of the sciences grow. As our machines become smaller and more sophisticated, the themes of the original Mega Man are beginning to rust.

Mega Man Battle Network offers a 15-year difference in perspective and a new analysis on the dangers of digital technology. In the world of Battle Network, everything — including dog houses — is enhanced with digital function. Mega Man and his robot foes are now pieces of software known as NetNavis found inside special handheld devices owned by millions of people. These PET devices can connect to any computer interface, allowing the operator and their NetNavi to explore a virtual world inside. Dr. Light is the deceased scientist who ushered in this new age of digital cyberspace, and Dr. Wily is the leader of a terrorist organization that uses its NetNavis to spread chaos around the world. Mega Man’s average enemy is now a virus attacking an online server connected to a hospital’s mainframe or corrupted data threatening to set the robotic zoo animals on a rampage.

Battle Network shifts the Mega Man lens from hardware to software. It accurately warns of the dangers a web of connected machines is susceptible to. The robot masters are cyber-terrorism and Mega Man is cybersecurity, destroying viruses and terminating dangerous programs threatening system stability. What’s nefarious about Wily in Mega Man Battle Network, however, is how it depicts him. In the original series, Wily is outspoken, well-known, and tyrannical. In Battle Network, he’s a mastermind in the shadows. His agents work incognito and blend into the crowd of millions of other users. In the digital age, the worst threats often go unseen. Those who would abuse digital technology can do so from the comfort of their home — and never have to put faces to the people they harm.

Mega Man’s operator, Lan, is the series’s protagonist and the blue bomber’s closest friend. If his name wasn’t enough of a hint, Lan is the analog counterpart to Mega Man, who relies on Lan to navigate the physical world and find the source of whatever dilemma they face — be it a malfunctioning machine or an enemy operator. Lan then plugs his PET device (where Mega Man resides) into a nearby access point, allowing Mega Man to traverse the netspace and combat the rogue program. In this way, Mega Man Battle Network stresses caution against entirely relying on digital technology; the ease with which Dr. Wily and his cohorts assault various networks as the series goes on is a commentary on the fragility of those systems. Here, the original ideas of Mega Man survive: The quality of life in the digital age is undoubtedly better, but it comes with a new set of problems to tackle. Convenience comes at a cost, and if we aren’t careful, it can be used against our well-being.

Mega Man Battle Network takes the extra step the original series stopped short of: future-proofing its messaging by theorizing where technology would go from its contemporary stage. By Battle Network 4, Mega Man can transform himself into various configurations resembling the other programs he bonds with or defeats in combat. These “Souls,” as the series calls them, are examples of future technology becoming more adaptable, modular, and cohesive — a reality we’re seeing now with the emergence of blockchain technology and casting streaming services from one device to another. Mega Man and Lan can also synchronize and act as one entity using the game’s Full Synchro mechanic. There are moments in the series when the two are separated and unable to perform as efficiently without the other. Full Synchro is about technology and biology slowly becoming symbiotic, relying on the existence of one another to mutually survive and eventually becoming indistinguishable from one another. Nineteen years since the spin-off came out, we’re witnessing human society become more and more reliant on technology to communicate and interact in both positive and negative ways. The human condition has become synonymous with an online connection and access to digital media.

Mega Man Battle Network’s ideas on the dangers and benefits of technology remain relevant and powerful despite their age, and it seems as though with every passing year, those ideas become more important. As we continue to redefine what the future holds for us, it’s worth examining things like Mega Man Battle Network — a world warning us to tread carefully towards cyberspace, lest we burn out the intangible light we’ve discovered. To protect ourselves from the exploitation of said technology and those who would exploit us through it. To realize about Mega Man what Battle Network realized about Mega Man.

He’s more than just a robot.