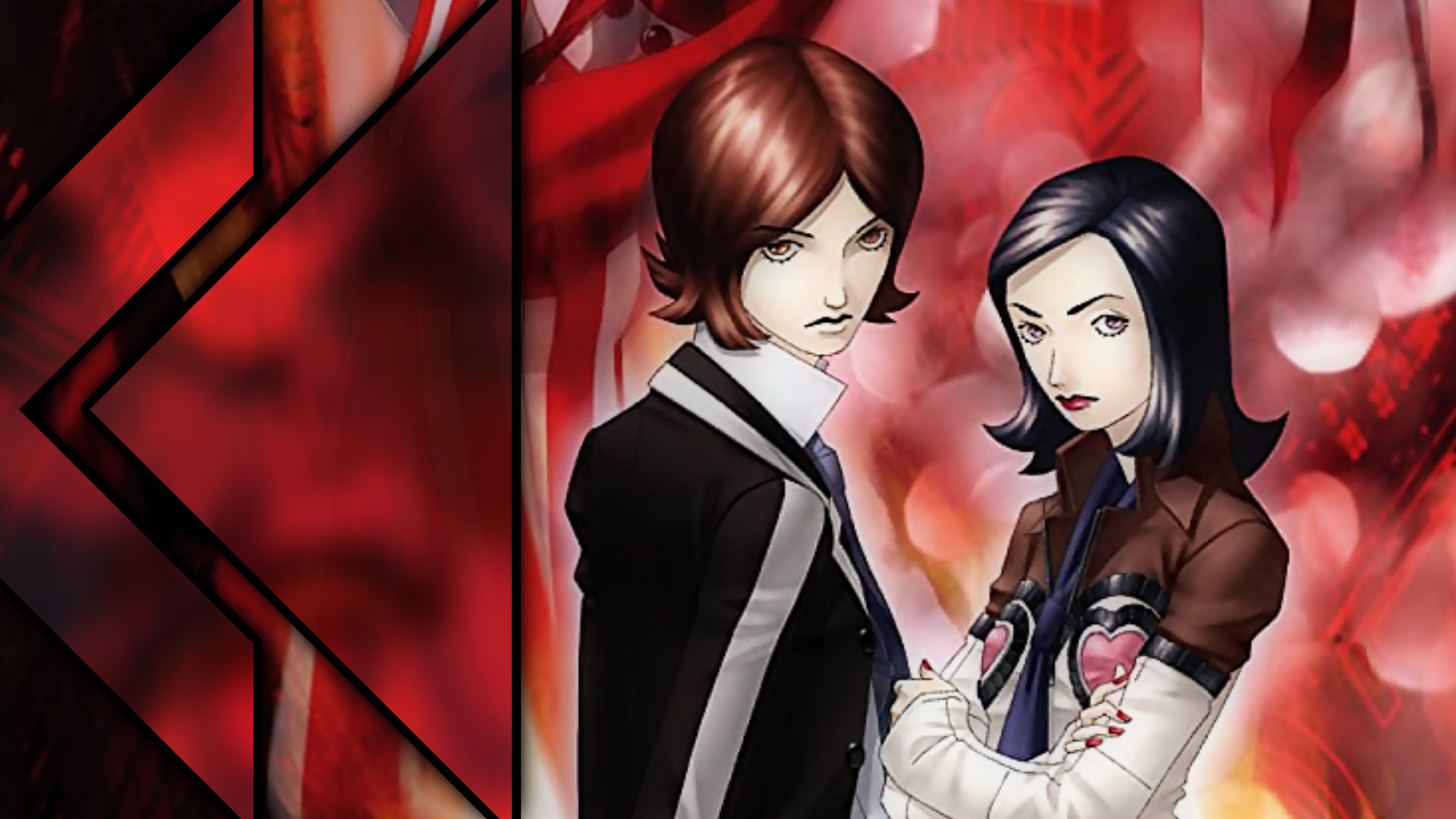 I first played Persona 2: Innocent Sin back in 2009-ish when the game wasn’t even available in English. I relied on a fan translation to see me through, which I’m sure only added to the enigmatic allure the game held over me. I didn’t always fully understand it—especially not that first playthrough—but I knew I adored it.

This is due in no small part to the game’s amazing cast of characters. Each of them are equal parts lovable and flawed, and they carry the game’s first half on their backs. In fact, one of my favourite scenes in the entire game is a very quiet moment between Tatsuya and Maya in the Bomb Shelter. It informs so much of their characters and elevates Tatsuya above all other silent protagonists, construction noises notwithstanding.

I even loved the gameplay, which I am now learning is a deeply controversial take. To be fair, though, it’s a take which I understand more replaying it in the year of our lord Satan 2020. Personally, I loved collecting the tarot cards required for that shiny new Persona I’ve been eyeing, and I enjoyed the often completely ludicrous conversations required to get them. It’s not often in a game that I get to end a battle because the demon I was fighting was too homophobic to withstand the sheer queer energy Jun and Tatsuya were radiating.

It was this queer romance option that lead me to to first tracking down this game at all, in fact. While it amounts to just a few lines of dialogue and a new option during contacting demons, it meant something to 2009 Leona. I was starved for queer representation in my favourite genre of JRPGs that wasn’t some mean-spirited joke or gay panic scene. It was two boys who genuinely were in love and showed it, and that was important to me. I am deeply sad that we’ve only had a tiny handful of JRPGs which can contend with this game in queer representation in the 20 years since the game came out. It’s not even a high bar.

After beating Innocent Sin and reliving the absolutely shocking ending, I was immediately filled with the desire to jump right into Eternal Punishment. Perhaps the band can get back together in the New Year…

Persona 2: Innocent Sin had long been sold to me as a more inclusive, more intricate, and more personal story about five friends who have to overcome their traumas to defeat… not-Nazis. Sure. And it is mostly that, but also so, so much more. It’s incredibly forward-thinking for its time, wrapping up its plot and many of its mechanics in the rumours system. Seeing how rumours manipulate things from shop prices to character dialogue while even moving the plot forward feels very prophetic in the year 2020, where we see how social media twists our perception of the world. I felt on edge the whole time watching Tatsuya and his friends grapple with this malleable world, all while dealing with their own issues.

I think this tighter focus on the core cast is what really makes Innocent Sin for me. Watching Eikichi accept his shadow self in such a resolute yet calm manner, and seeing Lisa grapple with her identity endeared me to both of them. But it’s Big Sis Maya’s positivity, her charm, and her vulnerabilities that really stand out to me. She is a beautifully flawed character, insecure in herself, but trying to do the best she can in a world that doesn’t want her to. This doesn’t even begin to scratch the surface on all of the intricacies of Innocent Sin, where details such as Personas, astrological signs, and even party positioning is mapped out perfectly to tell a deeper story.

Innocent Sin isn’t the most fun game to play (far from it, in fact), but almost everything else about it overrides any complaints I have. It made my head spin in the best possible way while playing, but the theory crafting, reading, and speculating after I beat it is almost unmatchable. I’m so excited to get to Eternal Punishment to find out just how the events of Sumaru City in 1999 conclude.

And lastly, Atlus, just make a game where all I do is talk to the demons. Let me have tea with them, or do impressions, or dance with them. I beg you.

Persona 2: Innocent Sin creeps up on the player like moss on a damp rock. Having played this game just a couple months out from a very enjoyable first play of Persona 4 Golden, I was unprepared for what a little polish and pop music had done. Where Persona 4 is awash with the allure of yellow and the joy of the quotidian, Innocent Sin is stained with the red vestiges of arcane and unknowable things.

It worms its way into your psyche and wriggles about your brain, reaching into those dark places we stalk when a good night’s rest has already long escaped us. It seems as if every corner of this place is burdened with an atmosphere of lead. Relative truth becomes objective fact in this physical world, and every outlandish lie can come to pass.

Sometimes, your local stoner will start selling guns for the mafia. Other times, the trauma of the innocent chart heretofore unthinkable paths in a world made more horrifying with each new possibility. At its best, Innocent Sin can be a deeply unsettling experience.

I don’t think I’ve ever seen a game handle lore in this way. It’s incredibly well-researched and interconnected, an intoxicating dive through 20th century occultism, long-discarded mythologies, and Jungian psychoanalysis. These disparate elements flow through each other with such subtlety that it was only after the credits began to roll that I felt I could start to comprehend the various ludonarrative levels the game was operating on.

If you chose to approach Persona 2: Innocent Sin as you would the latest AAA action game, you’d be disappointed. But, if you’re willing to negotiate, I can promise you’ll find an experience unlike any other. In a world of even sheens and sanded edges, Innocent Sin remains an unvarnished malcontent.

I’m not sure that I’ve played a game that is simultaneously both as exalting and as frustrating as Persona 2: Innocent Sin. For every excellent character moment, there is another interminable dungeon. For every effective use of symbolism to convey theme, there is another endless sequence of random encounters with painfully slow combat. This game is amazing at what it does well, and shocking bad at what it does poorly.

Needless to say, I had a complicated run through Persona 2: Innocent Sin. Partially because of the gameplay, I found myself struggling to play it—or even wanting to play it—for long stretches of time, leading me to being forced to play almost half of the game in a timespan of 36 hours.

Nonetheless, I heartily, heartily recommend Persona 2: Innocent Sin to anyone with a passing interest in the series. Despite its myriad flaws, the strength of the story and characters overcomes all of it. Maybe more importantly, this is a game that follows through on its engaging premise all the way to the end. Given the nature of the premise, that any and all rumors, no matter how outlandish, will come true in this world, this is even more impressive.