Posted by Stephen Meyerink on September 27, 2014 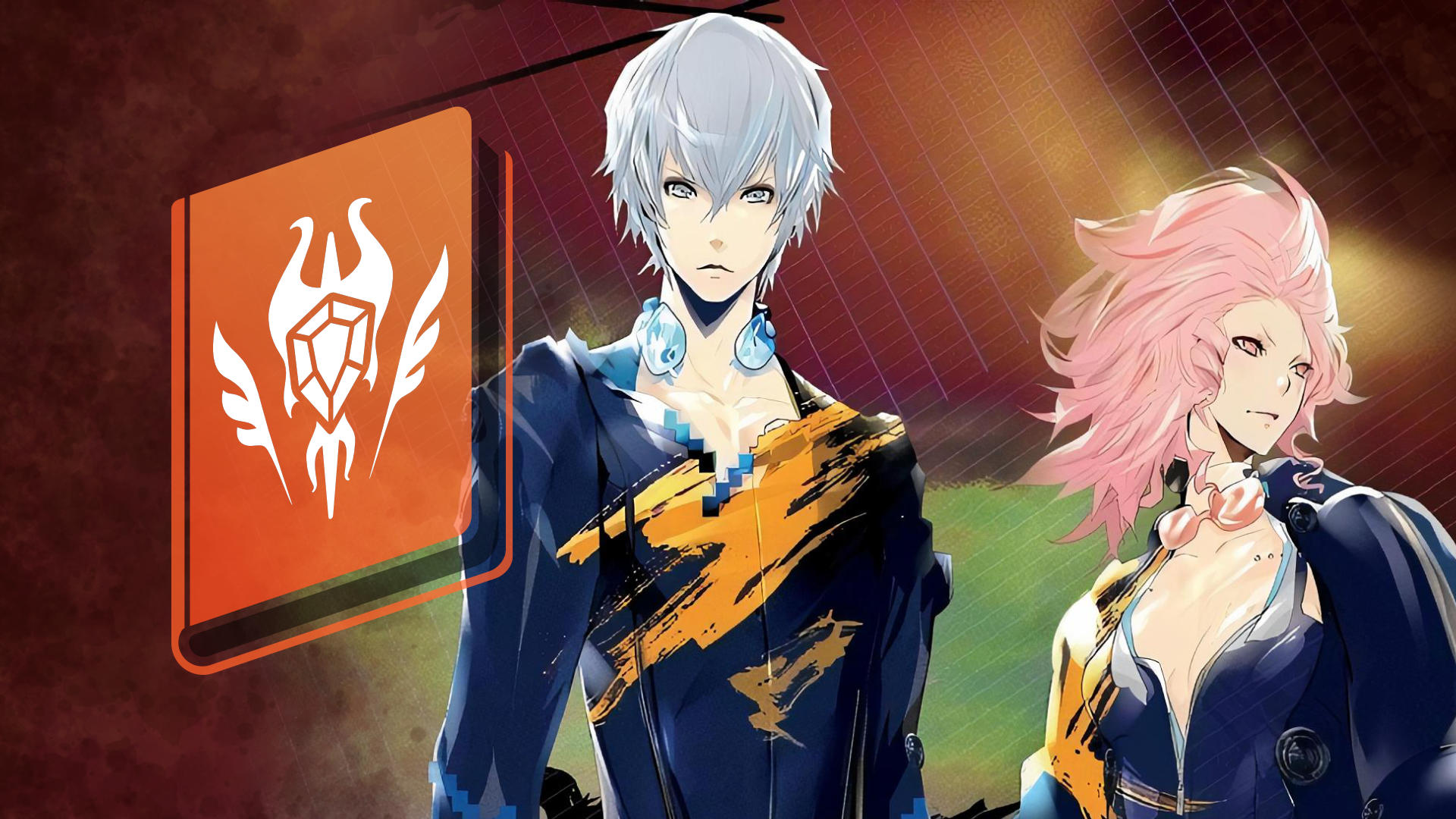 It’s no secret that I’m a big fan of Atlus’ outstanding Digital Devil Saga duology of PlayStation 2 RPGs. Those games combined a visceral combat system and satisfying character customization with one of the most atmospheric and well-presented worlds in a modern game. Serph, Sera, and the rest of the Embryon crew’s struggles through Junkyard and beyond were laden with symbolism and challenging existential questions without easy answers. While the game did an admirable job of telling its story, many of its ideas or characters, by nature of the medium, didn’t receive as much screen time as I might have hoped. For that reason alone, I jumped at the idea of an embookened version.

Originally scribed by novelist Yu Godai in 2011, Quantum Devil Saga exists as an alternate retelling of the game’s story. Godai was the original scenario writer for the two Digital Devil Saga games, but due to personal reasons did not provide the scripts themselves. However, her contract allowed her the freedom to write a novel based on the material, and in 2011 the first volume was published in Japan. Translator Kevin Frane and Bento Books have now released that volume in English, and I had the chance to give it a read, avid fan of the games that I am. As the name itself should indicate, this is not a one to one retelling of the video game, but rather an “alternate imagining.” The characters, major plot events, and places are the same (so far), but there’s a great deal more exposition, and even the creation of entirely new character dynamics not present in the game, so be aware you’re not getting Digital Devil Saga: The Game: The Novel.

While Godai openly admits to not typically dabbling in science fiction, I found the realization of Junkyard in volume one to be among its best qualities. The structure of the warring society beset by endless gray rains is given a great deal of space in the book, and as a result the reader gets a real sense of it as a dirty, physical place. The act of pointing a cursor at an area and “being there” can’t compare to the sense of movement and position that the novel provides, and the nature of the format allows more time for the various relationships between places and the people in them to be explored.

Aside from a vastly more tangible sense of location, the novel’s biggest strength is in the greater degree of interiority and introspection on the part of the characters, particularly the formerly silent Serph. While he still comes across as the stoic leader he’s portrayed as in the game, the mere presence of his speech and the window into his thoughts make the struggle to survive in the midst of his people’s horrifying transformation into cannabalistic monsters infinitely more human and relatable. The novel explores in much greater detail the history of these characters; I found the story of how Serph and Heat founded the Embryon tribe to be excellent expansion on their characters, and it makes later developments with them both more poignant and emotionally challenging.

Another paticularly beautiful scene involves a conversation between Serph and Sera during “Shade Time.” As they gaze at the bizarre gray sky while unable to sleep, Serph, only recently awakened to real human understanding and emotion, is puzzled by Sera’s stories of Earthly poets like Goethe and abstractions like “night” and “day.” As Sera wrestles with explaining the difference between night and day and the sun and moon:

“They both hang up in the sky. They’re bright and they’re beautiful. And they’re warm, and they shine, and–” She stopped, then, as if at a sudden loss for words. She shut her eyes tight, and after a few moments, she let out a heavy sigh. “I don’t know, she said.”

Faced with the notion of explaining the simple pleasures we all enjoy by nature of being human, Sera—and the reader—realizes how difficult and also how lacking the lives of the Junkyard denizens truly are. These types of scenes exploring the nature of the human experience make the notion of demonic transformation and cannabalism more distressing by virtue of providing a counterpoint; something the game lacked. By showing us what is “normal,” what is missed out upon by these people forced into lives of ignorance and endless conflict, we have a greater appreciation for their plight.

The translation itself is a good one; Frane avoids cliches and paints scenes skillfully. The characters, especially the principal ones, are well-realized and have distinctive dialogue that sounds as natural as one would expect from people in the types of situations the book presents. The main cast from the game gets ample page space, and both writer and translator have done an excellent job capturing the essence of these people and showing us who they are rather than just telling us. Cielo’s bouncy demeanor and casual way of referring to his leader as “buddy” is as endearing as Gale’s mechanical, near emotionless strategizing is alienating. Before reading, I was concerned that the sequence of “go to a dungeon, fight a boss battle, go to town for exposition” so prevalent in the game would create a stilted novel. Fortunately, while it’s still clear that the plot was originally designed to be paced like a video game, it comes across as natural and follows a believable series of causes leading to effects. Character and story choices which seemed arbitrary or even superfluous in the game are explored here and given context, as well.

All in all, I was highly pleased with Quantum Devil Saga‘s first volume. Not only as a fan of the game, but as a fan of science fiction in general, I found that this book deals with difficult questions in a thoughtful way, and is by turns exciting and introspective. If you’re at all interested in the material, I highly recommend it.