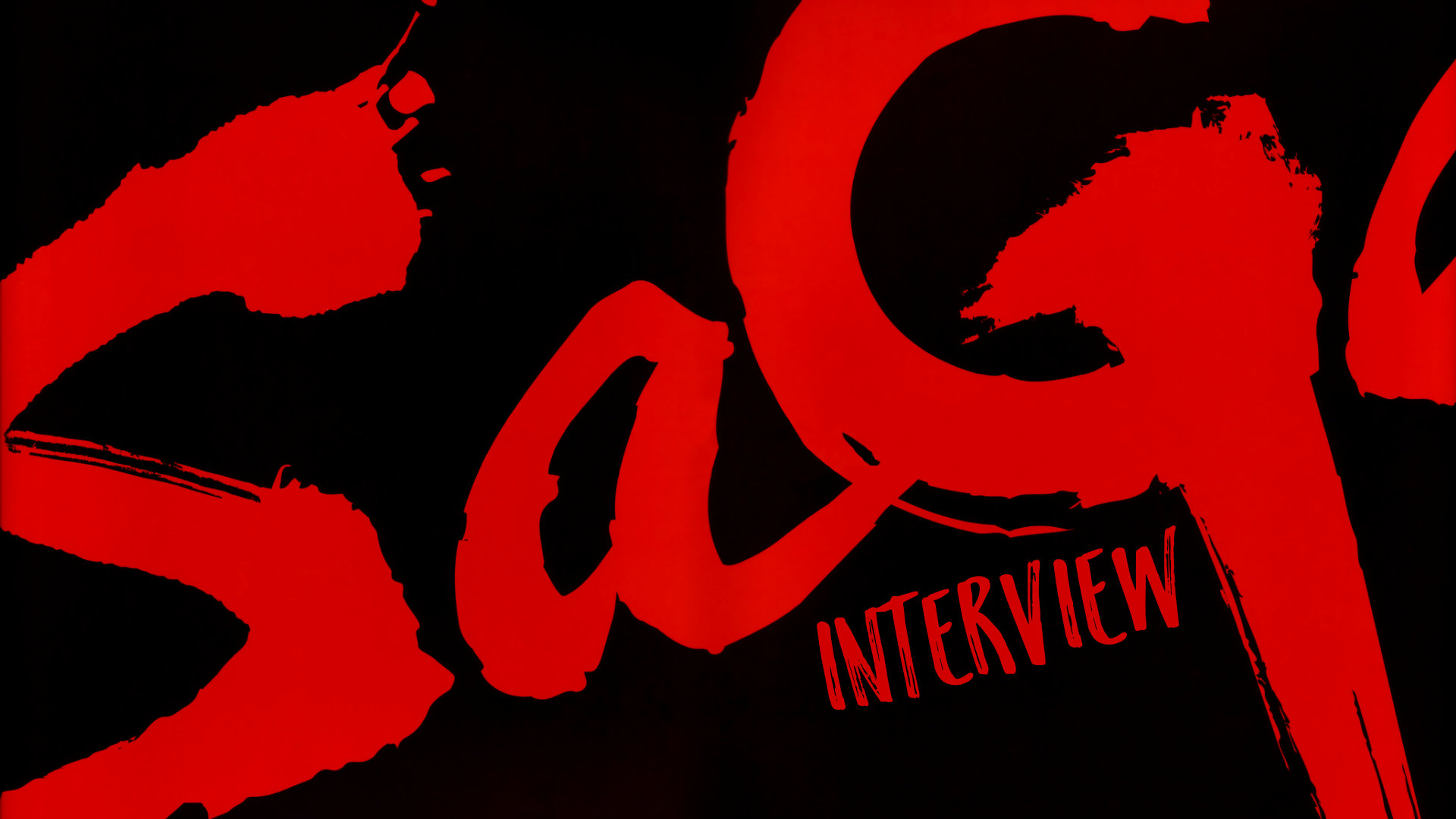 The SaGa series has seen a bit of a resurgence over the last number of years. Not only did they finally release the surprisingly popular SaGa Scarlet Grace: Ambitions, SaGa Frontier Remastered, the Collection of SaGa Final Fantasy Legend, and even a mobile title in Romancing SaGa Re;univerSe.

So, when we got the opportunity to chat with some of the key figures behind the SaGa series, including the legendary Akitoshi Kawazu, series creator and director, Hiroyuki Miura, Producer on Collection of SaGa Final Fantasy Legend along with SaGa Frontier Remastered, and Masanori Ichikawa, SaGa series producer, we jumped at the chance.

RPGFan: The SaGa series has taken on grand themes, from killing the presumed creator of the world in its first entry to rebranding the Prometheus myth with the Firebringer in SaGa Scarlet Grace: Ambitions. For each of you, which major theme or plot arc resonates most with you, and why?

Kawazu: An underlying theme throughout the series is that humans need to control their own destiny. We cannot simply hide behind our parents, gods, money, or authority and flee.

Miura: This is from a game production perspective, but I personally believe Romancing SaGa 2’s theme of “an RPG to build history” is the greatest theme of all. This underlying theme encompasses every aspect of the game, from world lore, setting, storyline, and system, elevating the game to the point where I want to play it over and over again. I believe it’s very hard to come by a title that can sum up its appeal in one concise and easily understandable phrase, which is “to build history” for this title.

RPGFan: With all the exciting remakes planned, some fans are wondering when the next new entry in the SaGa series may happen, and what might it be like? We are on the heels of the Dragon Quest XII announcement, which includes plans of a significant change in combat/gameplay. Any speculation you’re willing to offer on a new SaGa title?

Kawazu: We try something new with each entry in the SaGa series, so we don’t see any need for plans of any sort of significant change. That said, I do hope to do something that will encourage as many RPG fans as possible try out the SaGa series.

Ichikawa: I’m afraid I can’t say anything for now, but if we are to release a new SaGa title, I believe it would be something that would break down the framework/concept of JRPGs.

RPGFan: In SaGa Frontier Remastered, many fans were excited about the restored content to the Asellus story. However, there have been theories for decades stating that the Blue/Rouge “The End” ending was not intended, but was instead created when there wasn’t enough time to create a longer end sequence. Is there any truth to this rumor? Was there any talk of expanding the ending during work on Remastered?

Kawazu: The Blue scenario concluded with his battle against Rouge. As the story that follows is an epilogue, the “END” popping up in the Abyss Lord battle is just as we had planned back then.

Miura: When we started planning the remastered version, Kawazu-san mentioned that what’s implemented in the original is already completed as-is, so we felt we shouldn’t add onto it in the remastered version. However, if you play through the Fuse scenario, you might come across some new findings.

RPGFan: The “Fuse” scenarios, which served as epilogues/alternate versions of character stories, were an interesting inclusion to SaGa Frontier Remastered. From a development perspective, what were the biggest challenges and rewards to implementing this new content?

Kawazu: A challenge we overcame was adding in alternative scenarios without making changes to the original elements. It was rewarding to see that player reception was even better than we had anticipated.

Miura: Our challenge (which was also a really fun part of development) was in recreating the concept from back when the original was developed.

As a result, we were able to supplement the game with aspects that we couldn’t depict in the original, making the title even more appealing. Additionally, I believe replaying the game with the knowledge of what happens in it creates a new way to enjoy the game.

RPGFan: It’s been a full year since the Re;univerSe global launch! This first year was packed with original story content, limited-time events, and added features like the Robin Cup and skill Amplification. Based on fan response and/or your own observation, what specific events, moments, or aspects of the game’s evolution stand out to you? (We loved the SaGa Prefecture conquest event! We’re aware this is a regular collaboration between Square Enix and SaGa, and when travel restrictions are eased, perhaps SaGa fans from worldwide can visit!)

Ichikawa: Before the game launched, I had no understanding of what the overseas SaGa fans were thinking. Given that situation, I decided to appear on many global-focused livestreams, which our community team organizes. These livestreams allow me to directly take in fan feedback, and through this, I discovered that our overseas fans are just like SaGa fans in Japan, if not even more hardcore. To give an example, there are fans who are very familiar with content that hasn’t been brought to the overseas market, such as unreleased titles or stage performances, as well as things like the SaGa prefecture collaboration. Through these livestreams I’m able to hear the players’ voices better than I would be able to through user research data. Based on player feedback, we decided to drastically change our operation policy part way through and switched over to a production method similar to what we do in Japan. Our top priority became bringing joy to the fans.

In order to do so, we have implemented collaborations with our console titles, providing surprises, as well as releasing characters close to the timing that they are released in the JP version. The SaGa Prefecture collaboration was very popular in Japan as well, so we’d like to do it again, both in-game and in SaGa Prefecture.

RPGFan: When we last spoke about Romancing SaGa Re;univerSe a year ago, one area we asked about extensively was asset development from the entire SaGa franchise. As that game grows, so does its roster of available characters from all games, including some villains who were unplayable before now. Any hints as to what surprise characters may be coming soon? And, in the last year, who was the most challenging/rewarding character to bring into Romancing SaGa Re;univerSe?

Ichikawa: At first, we were following the character release schedule for Japanese version of the game, as we thought that this would work fine on its own for the Global version. We found, however, that this approach wasn’t very surprising for SaGa fans.

We did something similar for the SaGa Soul gacha characters – they were released one month after being implemented in the Japanese version. As these were presented to players out of the blue, we may have caused some confusion, but I believe they were overall received positively.

RPGFan would like to humbly thank Akitoshi Kawazu, Hiroyuki Miura and Masanori Ichikawa for taking the time to answer our questions.