The Sins of Antiquity: History, Reparations, and Justice in Final Fantasy XIV’s Holy See of Ishgard 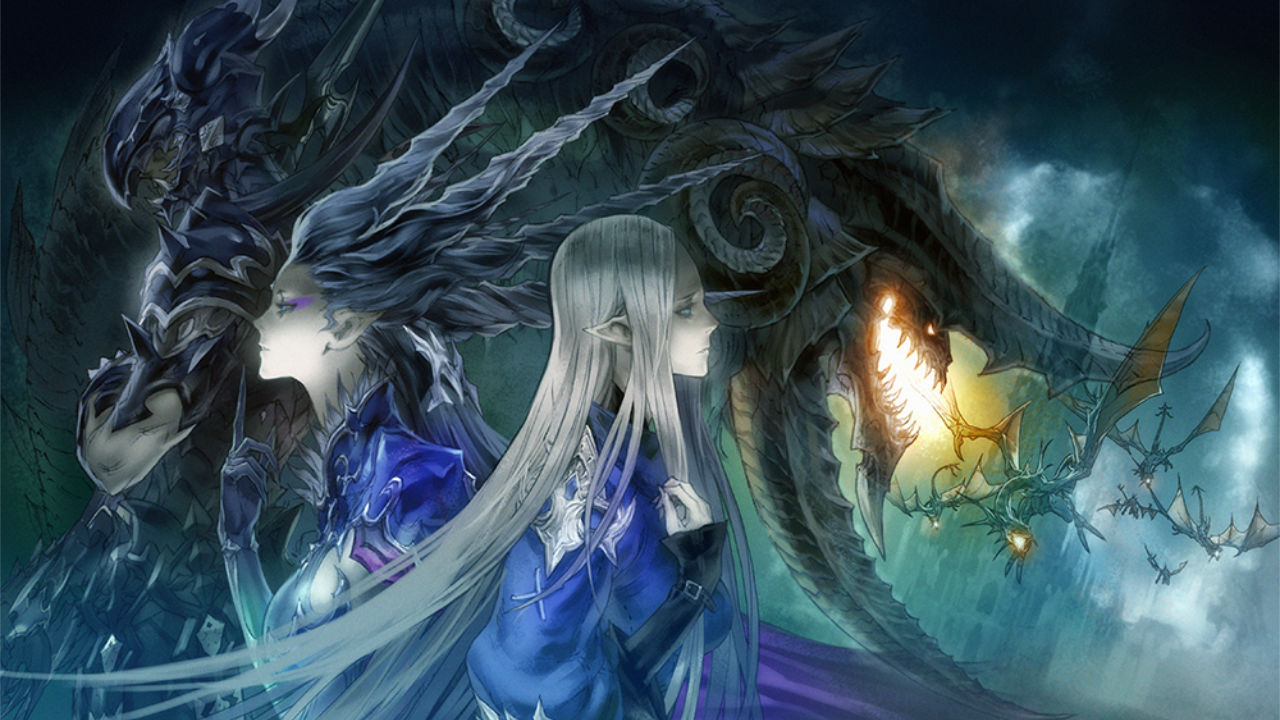 Note: This article contains major spoilers for events that unfold across the Final Fantasy XIV: Heavensward expansion and its patches. If you have not yet mingled with the people of Ishgard, be cautious reading ahead!

History is not an assemblage of scars, but a collection of festering wounds. It’s really nothing like a dustbin, but a gnashing trash compactor: constantly in use, in need of rigorous upkeep, and attempting the herculean task of compression under extreme duress. History is not a factual record, but a conscious decision of which stories deserve to be told. Historians are folklorists, repositories for tales of continental turtles and apocryphal victories alike. Over time, our stories naturally become mutated, transfigured into forms they were never meant to take. When strangled by tradition, history becomes the patron saint of orthodoxy, standing in opposition to growth and necessary change. And it is within Ishgard, a towering, gothic city-state in Final Fantasy XIV’s first expansion, Heavensward, where history is brought to trial with superb detail and dynamism.

Within the stratified spires of this theocracy, The Ishgardian Orthodox Church wages war with the draconic Dravanian Horde in a millennia-long conflict known as The Dragonsong War. All throughout the snow-capped region of northern Aldenard, The Church has passed down the tale of Thordan, an ordinary Elezen (elven) male who was divinely called to lead his followers and his guard, The Knights Twelve, to a promised land called Ishgard. To usher in this new era, Thordan was required to build a bridge across a vast expanse of floating isles. But these peaceful settlers were assailed by the great wyrm Nidhogg, whose murder of Thordan was nearly akin to deicide. This act of merciless aggression began The Dragonsong War, and for the past 1000 years, the Church has guided her people in their claim to Ishgard.

For those of this floating city on a hill, hatred for the implacable Dravanians courses through their veins more swiftly than the strongest mulled wine. The ceaseless bloodlust of Nidhogg and his Horde have turned entire communities to ghost towns. Where once stood homes, scorched earth remains. The gothic pillars of Ishgard are built on the sacrifice of the innocent, who sought refuge in this most holy of lands, only to be met with flames. The Orthodox Church has made history the arbiter of Ishgard.

But, this arbiter is a highborn heist, a forgery drafted by the irreproachable few. There are no tales from the lower classes to muddy its purity, and no notes from the Dravanians in the bard’s vast repertoire. If there were, The Dragonsong War would be known far and wide as a story of mortal betrayal and draconic retribution. As the Warrior of Light, we are forced to confront the stories from the other side of the war, and witness a vision of the events as they came to pass.

As the true story goes, the Elezen arrival in Aldenard was the origin of violence with the Dravanians, as the two clans began to meet on the field of battle. It was only by the grace of a union between a powerful wyrm, Hraesvelgr, and a mortal named Shiva that the land would come to know 200 years of relative peace. But the Ishgardians were always wary of a contempt held for Elezenkind among the dragons, especially Nidhogg, and they were thrilled to discover that they could transcend the limits of their forms by consuming the eyes of a great wyrm. To achieve this, Thordan deceived and murdered Ratatoskr, the little sister of Nidhogg and Hraesvelgr, and feasted upon her eyes with The Knights Twelve.

Enraged by the slaughter of his sister, Nidhogg took to the skies, killing Thordan and 4 of his knights. In retaliation, Thordan’s son Haldrath travelled to Nidhogg’s domain and gouged out the grieving lord’s eyes. With deep remorse and unconscionable burden, Haldrath made the defense of his people his sole purpose in life, while 3 of his fellow knights abandoned their guard to walk among the common man. The 4 remaining knights took on the task of creating the holy land, turning fact to myth and installing themselves as the blood elite of this new society.

In the current age, the Archbishop of the Church weathers a heated exchange with his bastard son, Aymeric de Borel. “Will you answer for my sins? Will your son and his son answer for me as well… if a man cannot atone for his sins in the course of his all-too-fleeting life, must his progeny then be helds to account?” To Thordan VII, this question is rhetorical: of course not. But his motive behind this logic is not to free Aymeric from a cruel fate, but to cleanse his own soul of responsibility. It is impossible to atone for the murder of Ratatoskr, because forgiveness is a word unknown to Dravanian tongues. And so, the true events of 1000 years ago are unimportant: the Church’s account must guide them all now.

To continue to uphold the tenets of this lie is an act of convenience for the political-tribal leaders within the war. Ishgardian society is static, defined by the evil of the Dravanian “aggressors” and righteousness of the high houses. If the history of Ishgard were revealed to be a fabrication, the entire sociopolitical structure would be scrutinized. The Church’s legitimacy will be called into question, the lower classes of The Brume will stake their rightful claim to representation, and responsibility for the genesis of The Dragonsong War will lie squarely on Thordan I’s long-dead shoulders. Hraesvelgr, who saved Nidhogg with the gift of an eye, will continue to be an apologist for his brother’s vengeance while the Elezen will deny their agency for another millennia to come. And if the crime goes unspoken in the corridors of the Holy See, why should Nidhogg cease?

And so, it falls on Lord Aymeric and Vidofnir, daughter of Hraesvelgr, to lead their warring races in the first step of staunching the open wound of their bloody conflict. To create peace, the progressive forces within the high houses and underclass of Ishgard must use their power to frame a new narrative, then use this knowledge to present actionable promises and restitution to the wronged Dravanians. In turn, the Dravanians must be willing to trust and forgive; no small feat given the extent of Ishgardian betrayal and deceit.

Progress is by no means only the task of the innocent and those possessed of relative youth, however. Those who have created and perpetuated harm must work to right their wrongs, and be held accountable in this process. Liberation exists at the intersection of reparations and justice, tearing asunder the bedrock of oppression while crafting entirely separate foundations, divorced from the failings of the past. Count Edmont, Lord of House Fortemps, is ignorant of the war’s origins yet still profits from the current state of Ishgard. However, he is driven to support a nobler cause by the death of his son Haurchefant and his belief in his surrogate son Aymeric. Hraesvelgr, repossessed of the love he still holds for Shiva, pledges his body and power to ending the bloodshed he has enabled.

Meanwhile, Thordan VII and Nidhogg are remnants of the past, unable to accept any cessation of hostilities. Thordan is rightfully slain by The Warrior of Light, and Nidhogg is left to the same fate, ended by the combined strength of The Warrior and Hraesvelgr. In a changing world, they rejected every proposition as simple as peace. Thordan lacked any faith that a hand other than his own had the right to shape the destiny of his people, while Nidhogg, consumed by his lust for vengeance, would not dare entertain an end to his terror.

Though the northern regions of Aldenard have now been set on a route towards lasting peace, there are still reforms to be made and wrongs to be righted. Ishgard is now in the hands of a bicameral legislature, not unlike the United Kingdom of today. This is preferable to a theocracy, but still possessed of the aristocratic vestiges within the House of Lords. We also remain unaware of what punishment and rehabilitation for the guilty looks like in Ishgard’s newly democratized justice system. But, as wounds can only heal once their bleeding has ended, so too must Aldenard see this opportunity as a new chapter, the first in an entirely new history.

To chronicle these events, we have Count Edmont, who also serves as our narrator. Sometime during or after the events of this expansion, he decides to draft his memoir, Heavensward. Though limited in scope by his status in the aristocracy, the memoir is a primary document informed by a more holistic view of his age than many of his peers. And, as it is the device which frames our journey, the book is destined to play a large role in the renaissance of Ishgard.

The only thing which can supplant a story is another story. 1000 years ago, as Haldrath forsook his power, he created a historical vacuum. And eventually, with no other narrative existent, the last knights could fabricate their own, and wipe clean their hands. Further down the genealogical line, their children would never know their ancestor’s hands ran red at all. But history does not forget. The blood of the consumed Ratatoskr runs through every denizen of Ishgard, from the first son of High House Dzemael to the poorest street rat of The Brume. The sins of antiquity may be held in shadow, lost to all save an elite few, but the enormity of the past cannot ever be erased, only addressed.

Heavensward is not meant to be a direct parallel to events in our physical world, but a scaffolding of how ideas take root. Where there exists no competing vision, a particular version of events becomes foundational. Apocrypha turns to unassailable truth, and history is made accessory to oppression. Without a new narrative to challenge the fiction of the Orthodox Church, Ishgard was doomed to an eternity of violence. And that may have been the end.

But the true beauty of this tale comes from the substantial case Heavensward makes for history being the fabulously heretical study it ought to be. By razing 1000 years of perjury, the societies of both Ishgard and Dravania alike are now composed by the will of a new generation, bolstered by accountability and ardor on the part of the guilty to remedy their transgressions. The wounds fester no longer as claw and fang and sword and spear are laid to rest. This new conciliation may be imperfect and inchoate, but it is also fundamental to a greater tomorrow. The imposing steeples and crumbling expanses of this world have created a rich heterotopia, filled with relevant lessons for the continued work of reparations and justice within our lifetimes.