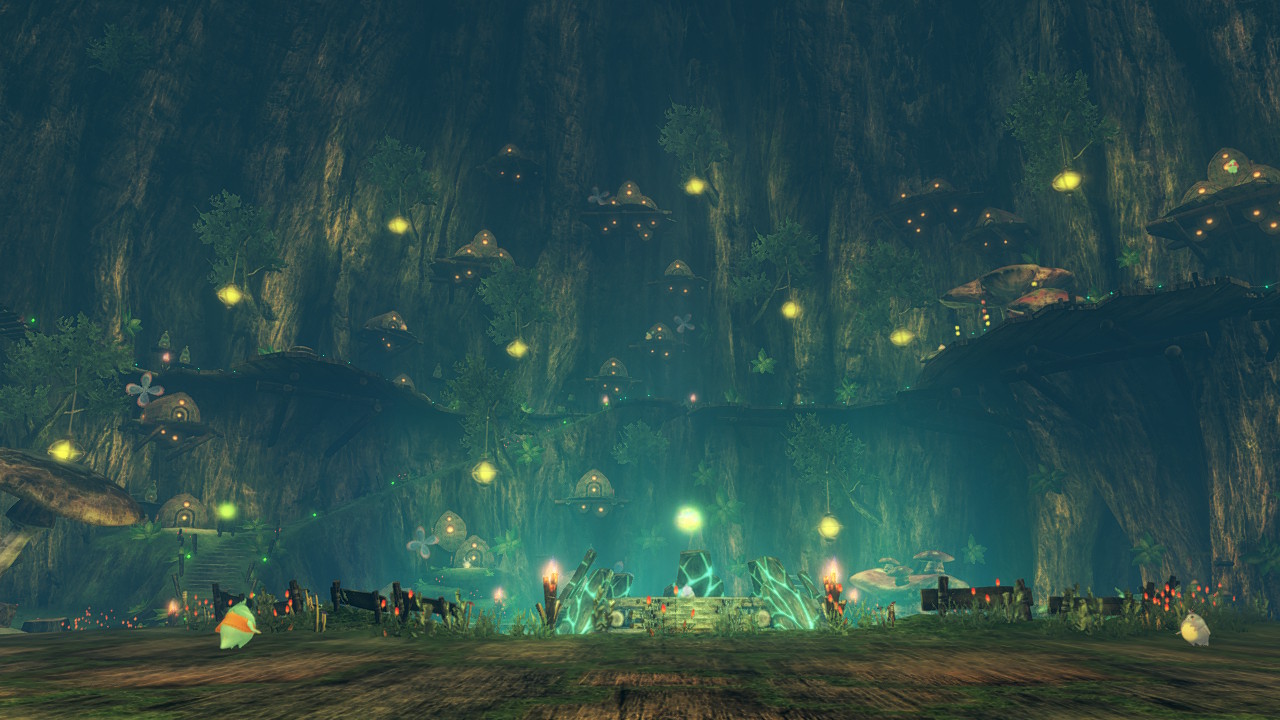 Sidequests tend to exist in a vacuum. The fetch quest you undertake for the old, toothless man in the mushroom hut? Yeah, nobody’s going to know about it. Rarely is extra content acknowledged by an RPG’s world or characters; side quests are inconsequential to the bigger picture these games are trying to paint. They’re great vignettes for background characters or locations but yield little to no consequence. They might as well be fever dreams of helping mysterious strangers, discovering antidotes for illnesses you’ve never been exposed to, and stopping secret cabals no one’s ever heard of. Then Xenoblade Chronicles happened. Xenoblade Chronicles is a massive RPG with over 400 sidequests intermingling. There’s no vacuum and no fever dreams here. Xenoblade has a certain… affinity for giving sidequests consequences in a humongous world because Xenoblade wants you to be aware of one impenetrable fact: We are all connected.

Quests in Xenoblade Chronicles can have multiple outcomes, but often the game will do something unheard of: tell you ahead of time what those outcomes are. Naturally, if the decisions you make completing a quest amount to merely a different reward, this wouldn’t make much of a difference. But quests asking you to make decisions in Xenoblade aren’t so superficial. In one early example, you’re given two premonitions about a relationship’s potential future, neither of which are very bright. Your decision, then, isn’t so much about saving the future, but determining which one would be preferable for everyone involved. Suddenly, the happiness of several characters is in your hands, and with no clear answer, you’re forced to weigh the pros and cons of the situation. Do you introduce people to each other and watch their one-sided “relationship” slowly wither, eventually breaking the heart of the one who is madly in love? Or do you allow things to continue as is, resulting in the other eventually discovering their current, neglectful partner has been using them? The choice may be easy for some (it was for me), but it’s one of the easier decisions Xenoblade asks you to make. And you’re reminded of those decisions when those characters stop hanging out with one another or leave town altogether.

There’s a considerable amount of continuity resulting from a completed sidequest; every character in Xenoblade Chronicles has their own set schedule. They run errands, stand at their posts, and go home at night. Completing a quest can change their schedule and who they associate with. It can also form new connections on the affinity chart, a graph detailing the relationships between townspeople and providing players with an overview of their relationship with each major city on the Bionis. The affinity chart serves as Xenoblade’s guide for empathy. A higher affinity rating for each civilization unlocks more sidequests and improves the quality of items players can get in trades with NPCs, so it’s important to raise it. But your affinity rating doesn’t care so much about individual happiness as much as it does overall harmony. Some outcomes better for the town’s affinity can be debilitating to an individual. It’s possible to undermine a Nopon trying to get out of being someone’s house pet for a better overall affinity rating, for instance. But doing so forces them into a life of pampered captivity, and the rest of the townspeople can have opinions and their own lives affected by it.

Being reckless with what we say or do to someone else can be destructive beyond the scope of our perception, and Xenoblade strongly encourages us to think before we act.

In Xenoblade Chronicles, we are all connected. People from distant areas can have a common friend between them, and completing a sidequest for said friend can affect their relationship with their pen pals. You won’t know who knows who unless you ask, though; affinity connections on the chart won’t update until you speak to NPCs — and some quests aren’t available until you do. This means sidequests you complete and decisions you make can totally rewire the dynamic between five or six people without you finding out until later. Depending on the timing, it also means people in Xenoblade can undergo heavy paradigm shifts based on your actions before you ever meet them, and neither of you could even be aware of it! We may not realize how we affect one another until we start taking an active approach to it. Once the lines on the affinity chart start to reveal themselves, the distance between us grows smaller, and the impact we make grows larger. Someone’s suffering can lead to another’s happiness and neither will know this is the case. Validating a person’s experience can give them an ego boost leading to a bitter falling out with an old friend. Career advice to a lost soul can turn strangers into acquaintances and stamp out the gentle flame of a longtime friendship.

It’s easy to overlook how influential we are because of where we exist in this diagram of harmony. At the center of Xenoblade’s affinity chart is Shulk and his friends, and at the center of your affinity chart is… you! Everyone you know is connected through you, so whatever happens to you can affect everyone else as well. We are each the sun of our respective solar system, pulling and adjusting the trajectory in which we orbit around each other. And like in Xenoblade, the stronger our affinity, the better we understand how our actions can affect each other. Even the smallest of actions or simplest favor can monumentally impact the lives of others. It’s best to avoid underestimating the power our words hold. Being reckless with what we say or do to someone else can be destructive beyond the scope of our perception, and Xenoblade strongly encourages us to think before we act.

And when we act, we should do so together. There’s a point to our relationships, the affinity chart’s central importance, and what we can do with the knowledge we’ve learned from it: unite. The Chain Attack system in Xenoblade Chronicles helps us understand the power of togetherness. By cooperating in combat, the party can raise a chain attack meter to initiate a chain attack sequence, allowing each active party member to take turns unloading their abilities at an enemy. This allows the party to go on long combos where the enemy can’t strike back, or quickly (and safely) topple their enemy, stunning it. The efficiency of the Chain Attack isn’t available until the party raises affinity in battle by encouraging each other, positioning themselves properly, and succeeding in burst affinity moments where they can rally one another.

As you progress, sidequests in Xenoblade Chronicles take the shape of group efforts. Instead of doing simple favors, you’re helping an apprentice treat her mentor’s ailing body with the assistance of his greatest rival. You’re helping an astronomer build a telescope with the help of a master craftsman in order to kindle a young student’s passion for gazing at the stars. You’re uniting the people of Bionis against their common enemy. How much stronger could we be against the forces pushing us down if we stood together and pushed back? If a small act of kindness from one individual can create such a large wave in the conditions of the people around them, then surely a broader effort can push for more positive change in the world. We could change more than the outcome of a relationship or the habits of a drunk. We could prevent greater tragedy, greater harm from befalling us. We could change the future.