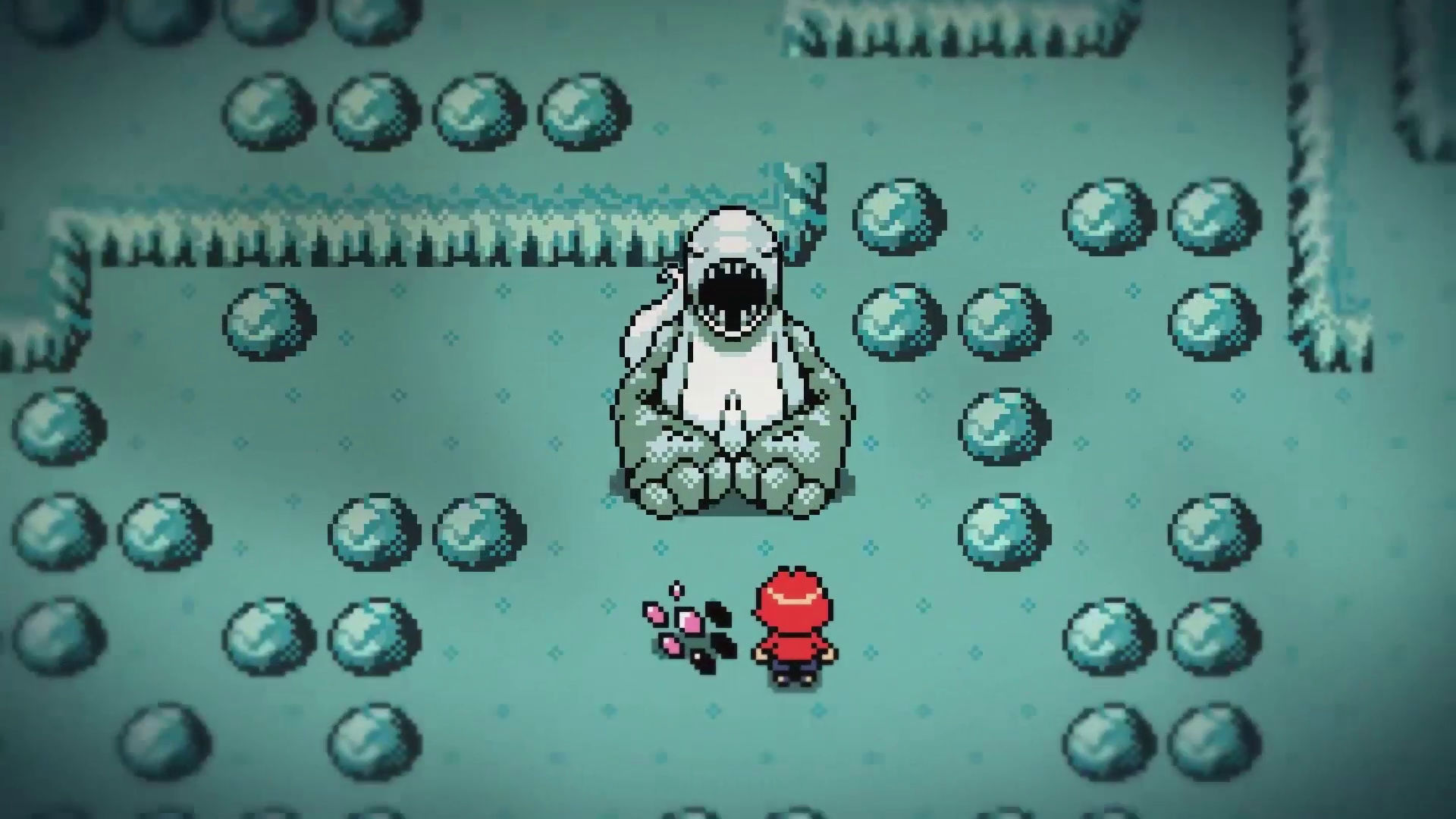 Monster Crown is an upcoming monster collecting game from Studio Aurum.  It is undoubtedly influenced by the older Pokémon games, but it promises a more mature flavor than Nintendo and Game Freak’s juggernaut, with darker storylines and more sinister monster designs.  The game enters Steam Early Access on July 31st, but I was able to spend some time with a beta version to offer my early impressions.

Right off the bat, I like that Monster Crown not only allows players to select a “he/she/they” pronoun for their in-game avatar, but that all the hairstyle and sprite color scheme options are available regardless of selected pronoun.  The way the game has you choose your starting creature is pretty slick as well.  A brief personality test determines which of the five potential starters the game recommends for you, though you are free to choose whichever starter you want.  All the monsters in the game’s world fall into five types called Relentless, Brute, Unstable, Malicious, and Will; each type has advantages over one other type.  The game promises 200 base monsters that can be combined with any other monster to create a veritable smorgasbord of new beasts.  I expect to spend quite a bit of game time combining monsters.

The monsters themselves embody “edgy-cute” designs rather than the more “cuddly-cute” ones typical of the genre.  In fact, I would say the game’s overall visual style is “edgy-cute.”  The graphics are inspired by early Pokémon games, but with a headier color palette to indicate that this isn’t a breezy walk on the beach.  Likewise, the 8-bit PCM style music features pleasant and sometimes cute sonic textures, but the compositions themselves are surprisingly complex, making the entire soundtrack appealing to listen to over the long haul.

Where Pokémon puts you in the shoes of a ten-year-old trainer, your avatar in Monster Crown is 14.  In another deviation from the norm, your avatar actually lives with both parents.  Not only are both Mom and Dad caring and supportive, but they both offer necessary tutorials.  I like that Monster Crown starts you off on a positive note, because outside your contented existence lies a hostile world.  Even early story elements in the first town culminated into a “well that escalated quickly” moment, and available media for the game shows even more sinister elements like murderers, power-hungry tyrants, and goons who aren’t shy about using foul language.  Although the plot seems grimmer than your average Pokémon game, its heavier thematic elements, thus far, read more like exaggerated dark humor to me. The dialogue is a little stilted and some word choice seems questionable (e.g. lowlife thugs using highbrow words like “drivel”), but it’s nothing that can’t be smoothed out.

The gameplay will feel very familiar to anyone who has played a creature collecting game.  Still, Monster Crown is one of those games that likes to take something familiar and give it its own flavor.  For example, instead of throwing a Pokéball at a weakened monster to capture it, Monster Crown has you show a weakened monster a contract, which they can either accept (and join your entourage) or reject.  I like the idea that monster recruitment feels more consensual.  As you travel, monsters are visible on the field, making it easy to decide which ones you want to engage for level building and which ones you want to engage for recruitment.  Battles are 1-on-1 turn-based affairs with play mechanics that are easy to learn but may take some time and effort/grinding to master.

The interface is clean and easy to use, though the current aesthetics are a tad inconsistent.  For example, some menus have a yellow motif whereas others are more grey.  What I like best is that there is an option to custom map the controls precisely the way you want them on your keyboard or gamepad.  I fashioned myself a comfortable control scheme on my gamepad and was flowing along, for the most part.  Some play mechanics, such as commanding your lead monster to do a field action, are a little twiddly, but that’s something that can be ironed out.

Monster Crown is clearly a thought-out endeavor with the right ingredients in place for both a robust single-player experience and a planned online battling component.  That being said, it needs more overall refinement.  I believe that the game’s kinks will be ironed out during the Early Access period to get it fully ready for its official release.  I’ve enjoyed what I’ve played so far, and I definitely think Monster Crown will find its niche among gamers who want a more sinister Pokémon experience. Monster Crown enters Steam Early Access on July 31st with a full release date still to be announced.