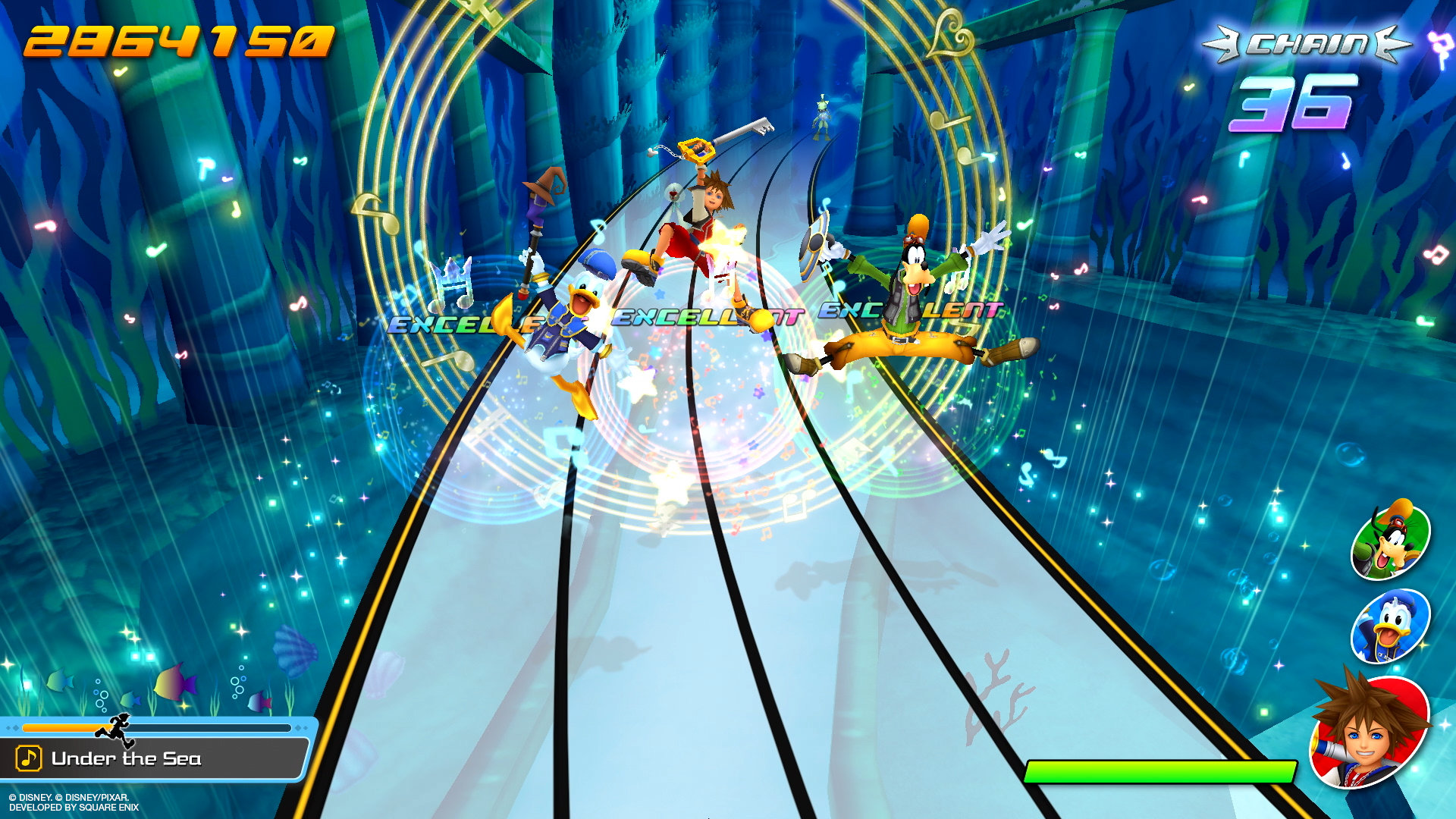 Rhythm-action title Kingdom Hearts Melody of Memory is officially launching on November 13th! Players will be able to enjoy their favorite music from the Kingdom Hearts series in a new way as they traverse through familiar worlds, and even tackle boss battles. Get a feel for the game with the latest trailer below:

Kingdom Hearts Melody of Memory will feature online leaderboards, the option to play with friends and family via local co-op and online multiplayer modes, and an 8 player free-for-all mode, which will be exclusively available in the Nintendo Switch version. Much like its spiritual predecessor, Theatrhythm Final Fantasy, players can tackle Melody of Memory‘s 140+ songs on one of three difficulty levels, and as you can see in the trailer, different encounters will present several variations on the look of a stage.