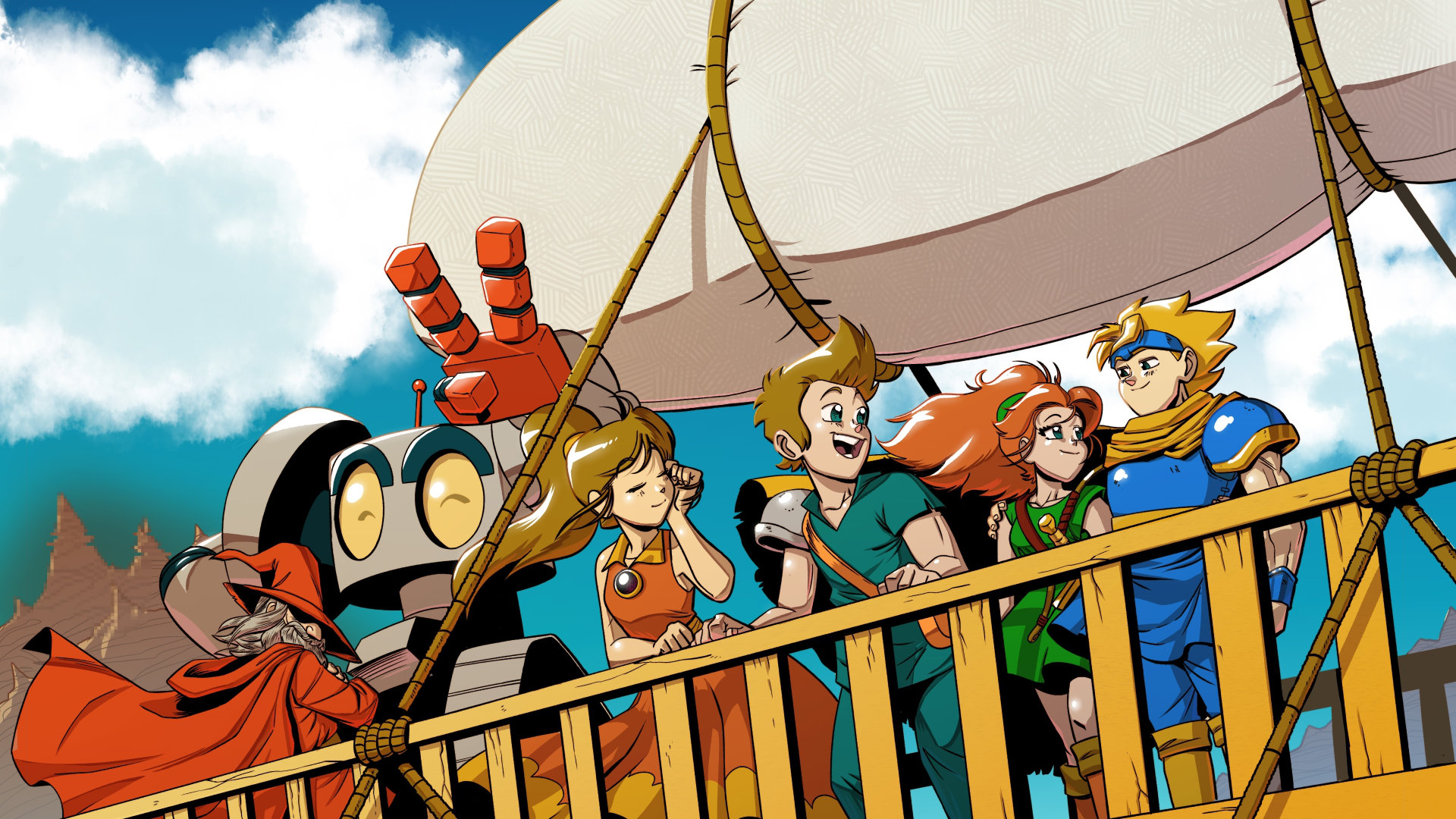 It’s well-known that pixel art games have made a big comeback in recent years, and it’s been great seeing what developers can accomplish with modern hardware but 30-year-old visual and audio standards. 8-Bit Adventures released in 2013 (with a remaster in 2015) to capture some of that modern nostalgia. During Gamescom, Australian developer Critical Games released a brand-new trailer for the upcoming sequel, 8-Bit Adventures 2, which you can watch below. According to the developer, some key goals of the sequel are to deliver an RPG reminiscent of those of yesteryear, but with welcome modernizations, such as a lack of random encounters, a lack of filler quests, and the ability to save your game at any time (thank you!).

While Critical Games describes the game as being inspired by NES, SNES, and PS1-era JRPGs, looking at the game also gives me the feeling of a modern-day Game Boy Advance RPG as well, with battle screens that feel like a combination of Final Fantasy Mystic Quest and the icon-based menus of Golden Sun or Wild ARMs. That battle system is inspired by the likes of Final Fantasy X, as 8-Bit Adventures 2 features seven playable characters who can be swapped in and out of battle at any time.

The story in 8-Bit Adventures 2 sees our plucky heroes (I don’t know if they’re actually plucky, but I hope they are) attempting to save the world from the Glitch, described thusly:

Save the world from a vengeful Glitch! A mistreated child with terrifying powers threatens to reshape the world in his own chaotic image. A unique and persistent foe from beginning to end, the Glitch changes and develops over the course of the story like any other character, grappling with what he is…and what he could be.

Check out the Gamescom trailer below, and browse plenty of media on our 8-Bit Adventures 2 game hub. The game is planned for release later this year on Windows via Steam. Learn more and check out the demo available on the game’s Steam page too.

Developer here - I just wanted to say a massive thank you to Mike for covering 8-Bit Adventures 2 on RPGFan! It was great talking, and I'm really glad the site's back online =) Anyway, its sincerely appreciated and I hope everyone likes the look of the game! All the best! Josh

I think I won't be able to wait for the PSN release. Might pick it up on Steam when it releases.

Thanks so much MonCapitan2002! Its exciting to read that. I'll definitely be trying to bring the game to consoles in future, but wherever you pick it up, I really hope you enjoy it =D Thanks for your support!