Posted by Peter Triezenberg on September 8, 2020 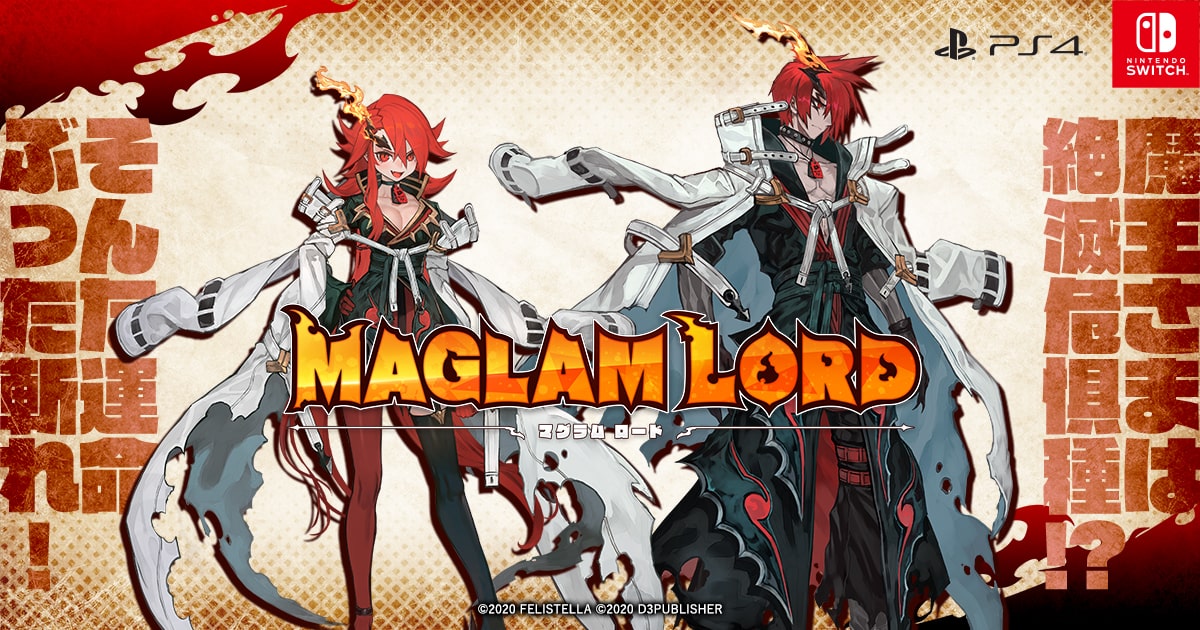 D3 Publisher and developer Felistella have announced Maglam Lord, a brand-new action RPG for the PlayStation 4 and Nintendo Switch. This is the game that was previously teased via a countdown and features development talent from the Summon Night series.

Maglam Lord is a “magic sword creation action RPG,” according to its official website. The player is a demon lord named Killrizark who has lost their power, and sets out on a journey to forge magic swords alongside various partners. “Marriage partner search” elements, so-called, are evidently involved in the proceedings. The player is able to choose the gender of their demon lord. Gameplay-wise, Maglam Lord is very fast-paced and relatively straightforward.

Check out this awesome key artwork for the game, courtesy of Famitsu magazine!

Maglam Lord is set to release this winter in Japan. Stay tuned to RPGFan for more information.