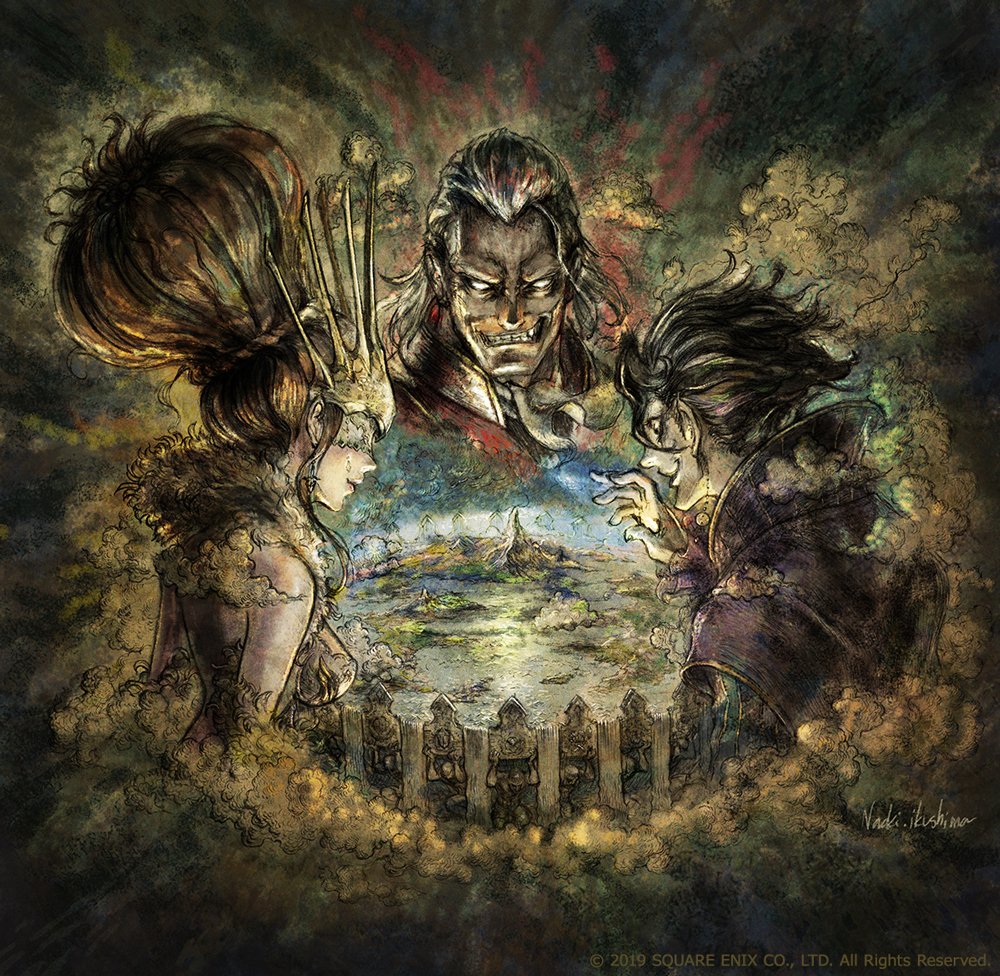 There’s a new trailer out for Octopath Traveler: Champions of the Continent, an iOS/Android game due for launch in Japan on October 28th. Champions of the Continent, like the original Octopath Traveler, takes place across the continent of Orsterra. The mobile game, which has already exceeded over 500,000 pre-registered accounts as the countdown to the 28th continues, is a prequel to the award-winning 2018 Switch title.

The latest trailer centers on Helminia, the Witch of Greed. She is also known as “The One Who Attained Wealth.” In Octopath Traveler: Champions of the Continent, players may choose from three stories; each story involves bringing down a key villain. The “Wealth” story is Helminia’s, whereas “Power” and “Fame” features other antagonists whose core traits — natch — are the pursuit of power and the vanity of fame.

While I’m not much of a mobile gamer, and I know many Westerners who feel similarly, I have to admit this looks pretty sweet. I’m a big fan of Octopath Traveler; it’s my 2018 GOTY beyond a shadow of a doubt. Our very own Jonathan Logan gave it an 84, pointing out a few not-inconsiderable flaws which I do hope the planned console sequel can address. If it does, I think even those who didn’t enjoy the first game much at all may come around and treasure the burgeoning new IP as I have.

Regardless, Champions of the Continent looks meatier and more appetizing to me than I would have guessed. The gorgeous visuals and stunning soundtrack are back, alongside a battle system that’s as brimming with satisfying turn-based charm as before. Head over to our Octopath Traveler: Champions of the Continent hub for more RPGFan coverage and let us know in the comments section if you’re as intrigued as I am!