Octopath is like a delicious bowl of broth that you wish had meat and vegetables in it. 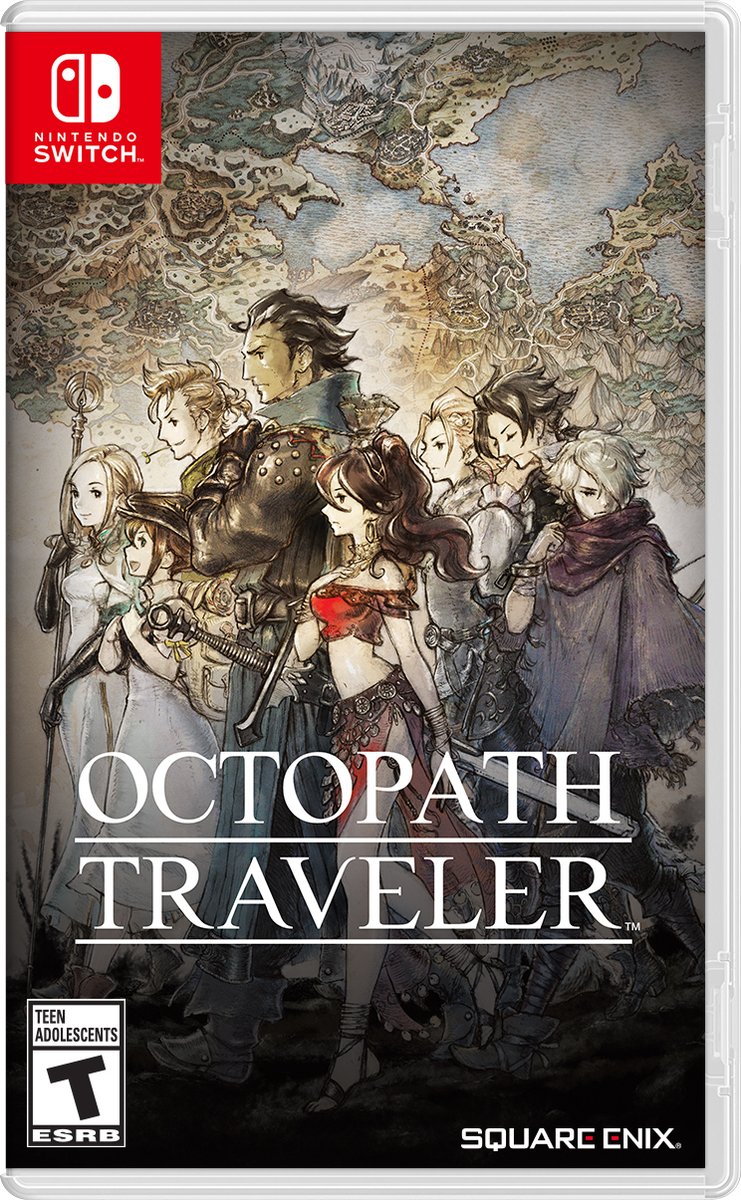 I clearly remember first seeing screenshots of Final Fantasy III (VI) back in 1994, thinking that no video game would ever look more beautiful than this.

Accuracy of my prediction aside, I felt a similar twinge the first time I saw what was then called “Project Octopath Traveler.” (Surely a temporary name, right?) The retro-inspired HD-2D graphics sparkled with pixels, particle effects, and imagination. It looked like a fuzzy blanket of pure video game nostalgia. And while Octopath Traveler does regularly evoke fond SNES childhood memories, it lacks the heart of what made classic Squaresoft JRPGs timeless and special: the story and the characters.

In Octopath Traveler, you take on the role of eight characters living in the land of Orsterra: Ophilia, Cyrus, Tressa, Olberic, Primrose, Alfyn, Therion, and H’aanit. (Wait a minute, O.C.T.O.P.A…) Each character has their own dedicated story, very loosely connected, and divided into four chapters each. After selecting your main character and completing their first chapter, you head out into the world and find the other seven characters who join you on your quest — sort of.

Though they do fight and travel with you, party members rarely (if ever) acknowledge each other’s presence within their storylines. In fact, no reason is presented why these characters are traveling with each other at all. Storywise, it makes very little sense why selfish thief Therion would donate his time to help selfless apothecary Alfyn heal the sick; or why dancer Primrose would take time from her time-sensitive mission of revenge to assist merchant Tressa on her quest to, uh, sell stuff. The only real interaction between your characters happens in optional, light-hearted “travel banter” cutscenes that have no bearing on the actual plot.

While the game appears to be patterned on linear SNES-era JRPGs like Final Fantasy, it bears much more resemblance to the open-ended the SaGa series. If you head off the path in front of you, then you could theoretically pick up late-game equipment as soon as you finish the very first chapter. In fact, if you play your cards right by using Path Actions (individual character abilities allowing you to interact with NPCs), you can steal one of the most powerful axes in the game in one of the starting villages. This completely breaks the game; great for speedrunners, terrible for an organic difficulty curve.

Possibly due to the open-ended nature of the game, the pacing of the individual stories can be uneven. Some chapters are heartbreaking and exciting; others are flat and dull. For example, priestess Ophilia spending an entire chapter teaching three young boys about the power of friendship might have the makings of a decent side quest, but not an entire quarter of her story. This problem is further exacerbated by the formulaic storytelling beats that make up each chapter. You arrive in town, there is a problem, you set out to solve it, enter into a dungeon, beat the boss, end of chapter, move to the next town, repeat 31 times. It gets a little repetitive. Even worse, you’re locked into the first character you pick until you complete their story. Given the open-ended nature of the game, this unnecessarily limits the freedom of choice that the game otherwise encourages.

You won’t find relief in the side quests either, as many of them boil down to literal fetch quests or escorting an NPC from one village to another. These quests rarely leave any real mark on the world, and the rewards are usually just extra money and consumable items. Ah, but through completing certain side quests, you gain access to the post-game content. This is where the various story threads are “tied together,” except not really. None of your characters even have dialogue in the final dungeon. Even with the post-game content and the comically difficult optional boss, there is no real ending.

In short, if you’re looking to play Octopath Traveler in hopes of finding a narrative worthy of Final Fantasy VI or Chrono Trigger, you should be looking elsewhere. Thankfully, almost every other aspect is so flawlessly executed that you will be enjoying yourself, even if you aren’t at all engaged in the story.

The graphics, which Square Enix is calling HD-2D, are jaw-dropping, and not just because they are reminiscent of ’90s JRPGs. Environments are made up of beautifully-detailed voxels (3D pixels) and all of the characters have gorgeous sprites that look as if they were pulled directly from the 16-bit era. There is no mistaking one character for another, each glimmering with personality and smooth animations. Whether you are running around in the field or fighting it out in battles, the pixel art is a joy to behold.

The soundtrack of Octopath Traveler is the musical equivalent of HD-2D. Yasunori Nishiki, Octopath’s composer, has created one of the finest JRPG soundtracks I’ve ever heard. The score is similar in style to the music from classic JRPGs, but the full orchestra gives everything a greater emotional depth. The score is equal parts joyous, exciting, heartbreaking, and melancholy. On top of the music, competent voice acting and polished sound design help make the game a pleasure for the ears as well as the eyes.

Another area where Octopath Traveler excels is in its turn-based battle system. It offers a deep and strategic experience through its Boost Point and Break systems. Every enemy in the game has a number of weaknesses to specific weapons or magical elements. Every time you hit them with one of their weaknesses, they lose a shield point. When it drops to 0, you’ll break through their shield, leaving them stunned and open to attacks.

Every time you take an action, you gain a Boost Point point, capping at four. You can store and cash in BP for additional damage or enhanced effects for any attack, spell, or special ability in the game. You’re going to want to pay close attention to the turn order at the top of the screen because the key to victory is unleashing your BP points at the right time: preferably when you’re buffed, the enemy is debuffed, and their defenses wide open. With the right passive perks, you can deliver well over 9999 damage with every hit.

The only real issue with the battle system is that there’s no shared experience pool. Only the four characters in your party gain experience after a fight, resulting in the need to grind the others so they will be an appropriate level to tackle later chapters in their story. It’s a shame that there wasn’t a job with a passive ability similar to Exp. Share from the Pokémon series; it would have fixed this irritating issue while still making you “work” for it.

On top of this already rewarding battle system, there is also a well-implemented job system. As you win battles, you gain JP to be spent on battle skills, such as new spells and abilities. As you learn more skills, you unlock passive abilities that can range from decreased random encounters to the ability to break the 9999 damage cap. All party members have a default job, but you can find others at shrines located around the world (including secret, hidden jobs). After you’ve mastered a character’s innate job, you can move to another to learn new passive skills and equip different weapons. Figuring out which jobs work synergistically with each other is a ton of fun and can create some intriguing strategies for battles.

Octopath Traveler is so close to being a masterpiece. The battle system, music, graphics, and general presentation all evoke a warm sense of nostalgia, but also introduce new and successful ideas and concepts. Unfortunately, the story and characters can’t live up to the standards set by either classic or modern roleplaying games. Octopath is like a delicious bowl of broth that you wish had meat and vegetables in it. It’s just missing something and, as compared to its inspirations, leaves you feeling oddly cold by the end. But If you can let go of your nostalgia (harder than it sounds), you’ll find an outstanding experience that could be a springboard into a brand-new era of “classic” Square Enix JRPGs!

An otherwise delightful and nostalgic JRPG, Octopath Traveler's lack of an integrated story leaves the experience feeling empty in the end.