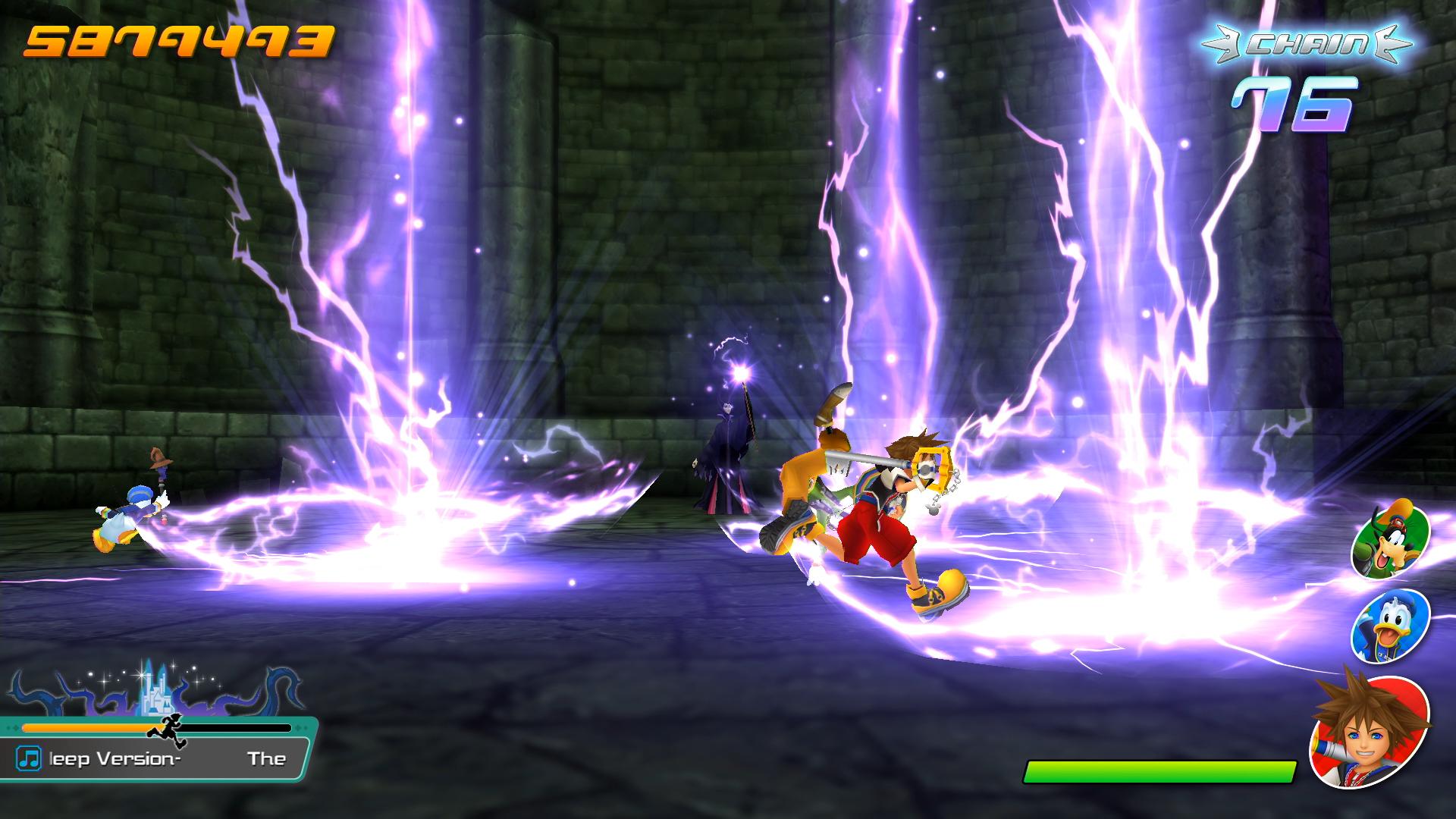 For a series as literally storied, wacky, and possessing a plethora of beloved soundtracks as Kingdom Hearts, the upcoming Kingdom Hearts Melody of Memory seems so perfect a fit it’s almost shocking the series didn’t have a rhythm game title before now. The Melody of Memory demo, available now on Nintendo Switch, PlayStation 4, and Xbox One, provides just enough to whet players’ appetites for the full release to come.

Melody of Memory is an action rhythm game, and the demo perfectly encapsulates the basics while also giving players the option to try their hands at harder challenges. It includes a tutorial and four songs, each with three difficulties and three play styles to tackle them with. Basic mode is the standard control scheme, which uses B to jump, the left stick to control Sora while holding B down to glide, X to perform special attacks, and A, L, or R to attack, and you must press two or all of them at once if multiple enemies approach at the same time. Performer mode increases the challenge by adding extra enemies to the mix that must be felled using Y, ZL, or ZR. One Button mode is exactly what it sounds like — instead of having to press particular buttons to execute specific actions, pressing any button will execute the correct action. You won’t even have to worry about controlling Sora’s location as he glides, so long as you hold a button down.

Levels can get hectic even in beginner mode — the easiest difficulty — so the options are greatly appreciated to keep the game accessible. “Hand in Hand,” the Traverse Town theme from the original Kingdom Hearts, is a good level to test out if you prefer Basic or One Button mode, being less overwhelming than “Wave of Darkness I” from Birth by Sleep 0.2 -A fragmentary passage- but still including a healthy mixture of each different action.

In addition to the aforementioned tracks, the demo includes Kingdom Hearts’ “Welcome to Wonderland” and Birth by Sleep’s “The Rustling Forest.” Even within the same difficulty levels, this track selection offers a diverse range of challenges that result in an enjoyable difficulty curve that eases players into the game’s groove. Gameplay is precise no matter which style you pick, and the sampling of the full game’s 140+ music tracks — it goes without saying — is fantastic, giving Melody of Memory an incredibly promising start. The tantalizingly off-limits World Tour, VS Battles, and Museum menu options may make the wait between now and the game’s November 13 release all the harder, but there’s just enough in the demo to tide you over in the meantime.