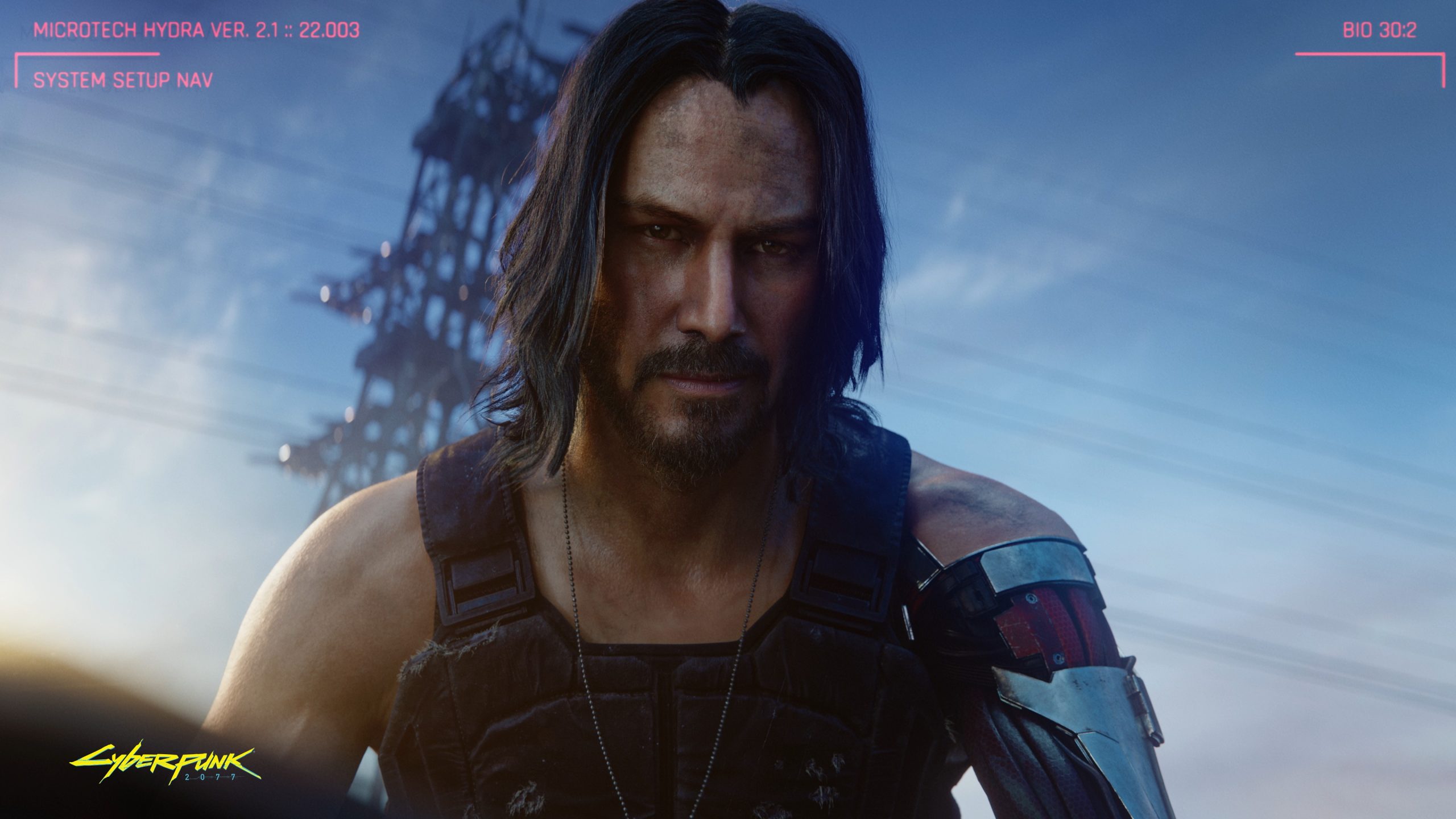 A couple of days ago, I was outside on a brisk morning walk minding my own business and enjoying the wintry weather when quite suddenly I tripped on a stick that I can only assume was wickedly hidden in the tall grass for my exact displeasure. Falling, I cursed the presumed perpetrator and scraped my knees. It hurt a bit but stung my pride. Why am I telling you this? As I fell, you see, even as my world spun and I knew that some measure of pain was en route, I remembered a line from Final Fantasy VII. “Back then,” a certain mysterious voice comments within protagonist Cloud Strife’s mind, “you could get by with just skinned knees.”

Let us commence this week’s list. The remainder of my tale shall await you at the bottom of this article.

Jim Makes Games. That’s the name of the one-man studio who brings us Guildmaster: Gratuitous Subtitle, a title that flows together oddly well given its circumstances. In Guildmaster: Gratuitous Subtitle, you’ll command a quartet of heroes in turn-based combat where unit movement is as important as any slash or spell. Unsurprisingly irreverent in tone, the game is packed with dialogue intended to spark laughter for its audience rather than wow them with gritty goings-on. From what I’ve seen thus far, my favorite part of all this is the excellent character portraits. Even if for no other reason, visit Guildmaster‘s Steam page to ogle at the artistry with me. The developer is also hosting a launch celebration livestream on Twitch today at 7pm GMT (2pm EST), so check that out too.

Writing about Monster Sanctuary is made easier by the fact that this Nintendo Switch game is a port rather than a brand new title. But don’t let any perceived staleness stop you from investing in such a well-received “monster-taming Metroidvania” from the halcyon days of August 2019. Catching monsters with particular skillsets will enable you to explore deeper and deeper parts of the game’s world; I’d liken that to receiving HMs in Pokémon games, but given the Metroidvania roots here, it may be more fitting to mention Samus’ upgrades in Super Metroid or even Cal’s new Force powers in Jedi: Fallen Order. But where Monster Sanctuary quickly diverges here is in its crunchier RPG elements. Hatching and raising increasingly powerful breeds of critter will enable you to defeat a smorgasbord of three-on-three battles and even other players. Let’s be real though — the main reason to buy Monster Sanctuary is that it has a creature called Catzerker. Catzerker.

Ah, Temtem. The game so frequently compared to a certain other franchise that I’m going to try my best not to mention it even once over the course of this paragraph. If you’re new to Temtem — which gets a PlayStation 5 port this week, though it technically remains in Early Access — then allow me to give you the rundown. Players explore six (floating) islands on a quest to catch the titular Temtems. Many players will attempt to catch ’em all as they battle other trainers with their multitude of Temtems, which range from cute and cuddly to cool to downright terrifying. You’ll also be invited to battle other trainers online complete with a ranking system and the whole shebang. There’s even a Temtem-breeding system. Temtem hasn’t reinvented the wheel but it does have a loyal following of supporters who have found just cause to prefer over Pok… ahem, some other franchise.

A thousand years after Earth was evacuated due to being ravaged by natural disasters, Woodsalt puts you in the shoes of Emcy on the planet Nu-Terra. Like Fry from Futurama, Emcy was born on Earth and awoken from stasis. During the 9–10 hour main story, you’ll learn about a conspiracy on Nu-Terra to prevent humankind from trying to head back to Earth. The developers specifically cite ’90s-era RPGs and Atlus’ Persona series as influences, so that may give you an idea of the feel Team Woodsalt is going for. The shorter runtime is a blessing, since it can often make for more concise storytelling… but also because Woodsalt has three main story endings and a whopping 22 side story endings, with ten of these endings being secret. So there looks to be no shortage of things to explore and discover! This week, Woodsalt is coming to Windows via Steam, with console versions planned down the line as well.

8:11pm UPDATE: Earlier today, Woodsalt was listed as releasing this week, but we have noticed the game now has a January 9th listing on Steam. We have corrected the date above.

Brigandine: The Legend of Runersia is yet another port in this week’s port-heavy RPG slate. But boy, what a game it is. In one of the wildest surprise announcements in recent JRPG history, this sequel to a rather obscure old game called Brigandine: Legend of Forsena was 22 years in the making. (And yes, RPGFan has been around for long enough that we have a contemporaneous review for it.) Fans of the cult classic rejoiced, and happily for all, The Legend of Runersia is pretty gosh-darn good. So, what’s it about? Several nations get swept-up in a continent-wide war with as much intrigue as bloodshed. Their tale is a mature one with heaps of nuance and rival kingdoms whose major players are mostly three-dimensional enough that you’ll want to keep a who’s-who list around for maximum enjoyment. Combat typically pits Rune Knights against Rune Knights, which might sound rather static but it’s actually filled with variety. Rune Knights can summon up to six monsters each, meaning that some battles will feature as many as 42 units between both teams of three summoners. With a hex-based grid for movement and all sorts of tactical elements, Brigandine: The Legend of Runersia is sure to please not just a fair few JRPG enthusiasts but a good number of strategy gaming aficionados as well, who weren’t able to pick it up in June while it was a Switch exclusive.

It is distinctly unlikely that you’ve not at least heard of Cyberpunk 2077 before today. Its marketing is everywhere. Its deep-dive preview video series is a total tell-all of the vibrant and violent Night City covering its dark themes, seedy districts, sordid denizens, weighty narrative choices, and visceral first-person combat. There’s even an anime on the way because Netflix loves anime and the cyberpunk genre is certainly no stranger to it. Copious links to prove my point aside, Cyberpunk 2077 is a pending behemoth of a video game launch, and barring some very unforeseen circumstances, it’s destined to sell like hot dogs at a baseball game for years to come. Just in case you’ve repeatedly dodged the basic info, you play a fully-customizable character named V who’s new to Night City and looking to make a name for themselves and find their favorite lifestyle. What exactly that means is up to you; while Cyberpunk 2077 has a story to tell (including a key plot point involving Keanu Reeves getting stuck inside V’s head, which isn’t as rad an experience for V as one might hope) it also boasts a richness in true role-playing potential that has become a hallmark of CD Projekt RED thanks to its excellent Witcher trilogy. Combine all of that with stunning graphics and a soundtrack like no other, and this is a game that won’t be forgotten.

From the moment I clicked on Dark Fantasy Warriors’ Steam page, I was pretty sure I knew what I was getting into. If you’re like me, your brain strung together the game’s grim name with that Gothic-looking screenshot up above and immediately decided this is a Souls-esque RPG for those who seek true challenge. And indeed, you would be right. The creator wastes no time striking the bottom line in the description, touting Dark Fantasy Warriors as extremely dark (natch), tasking players to fight Darkness (also natch) and instructing them to prepare for their deaths. When I scrolled down the page and reached Steam’s recommendations for similar games, the first three on the list were, in fact, Dark Souls, Dark Souls II, and — wait for it — Dark Souls III. If death and despair are the sorts of sensations you’re craving right now, Dark Fantasy Warriors is this week’s game for you. (But hasn’t 2020 done enough already?)

I thought about the implications of my injurious incident while I was walking home. On my way to a harsh meeting with the earth, my brain decided that the most relevant memory was a line from a Final Fantasy game. Had I been living a nomadic hunter-gatherer lifestyle, where every little injury can add up something fierce when you’re far from camp and seeking vital resources, I ought to have been consciously thinking about how best to pivot for minimum impact. If the fall was worse — say, I was tumbling off the catwalk of a dangerous chemical reactor plant towering high above the world’s surface — I would hopefully have been thinking about seeking something to latch onto for dear life rather than reciting an irrelevant piece of script.

But no. My thoughts were of an RPG. And that, my friends, is the beating heart of today’s lesson. You can take the RPG fan outside for a walk, but you cannot take the RPGs away from the walking RPG fan. Be safe, everybody. Watch where you’re going. And play some new RPGs.