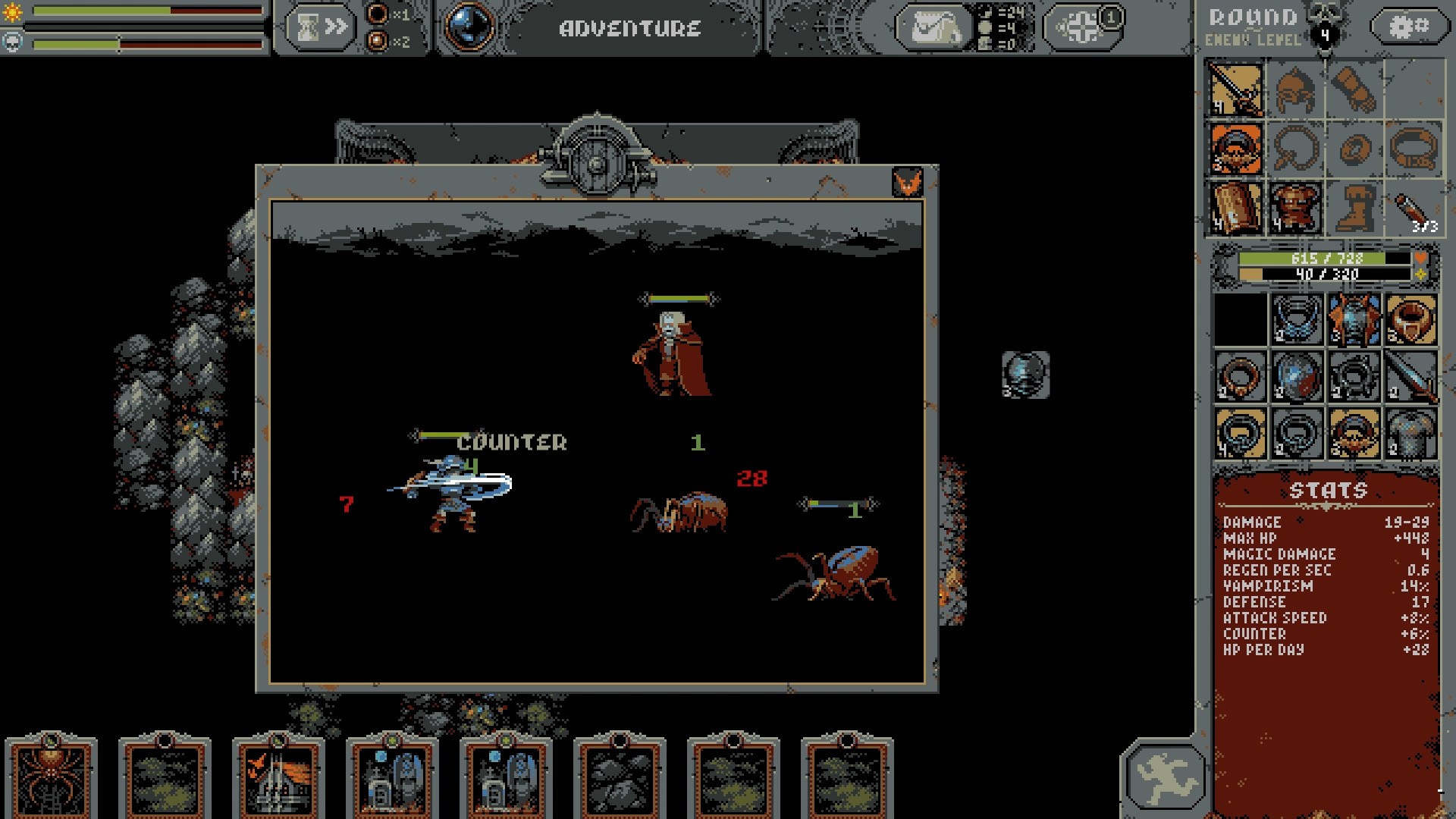 Devolver Digital and Four Quarters have announced Loop Hero, a new roguelike steeped in both the cyclical nature of eternal battle and retro-inspired pixellated graphics, amongst the cavalcade of announcements Thursday at the annual Game Awards. Check out its debut trailer below!

Loop Hero posits itself firmly within the roguelike genre, its narrative centered on an ever-changing cast of heroes that must fight against the Lich that has overtaken their homeland, sourcing expeditions in hostile territories to slowly uncover their lost history and, eventually, rid their world of the tyrant that holds it.

Four Quarters has confirmed via Loop Hero‘s Steam page and briefly in the trailer above, that gameplay will be a fusion of deck-building and frenetic battling. They further promise that “no loop will ever be the same” thanks to player agency at the forefront with the terrain, enemies, places, and events of every expedition seemingly at their choosing based on used cards. Players will eventually be able to change the fate of those loops by unlocking new character classes to mix expeditions up so that while on an expedition, they can level up, gain loot, and earn new perks to inch further in their quest to defeat the Lich. Resources gained on every expedition can be used to permanently upgrade the campsite; a hub area that will give players unique bonuses that will change their loops in their strengthening.

As it stands, Loop Hero looks like a beautiful fusion of games within the roguelike genre, with enough vim and identity to differentiate itself from its luminaries, when it launches on Windows PC systems sometime in 2021.