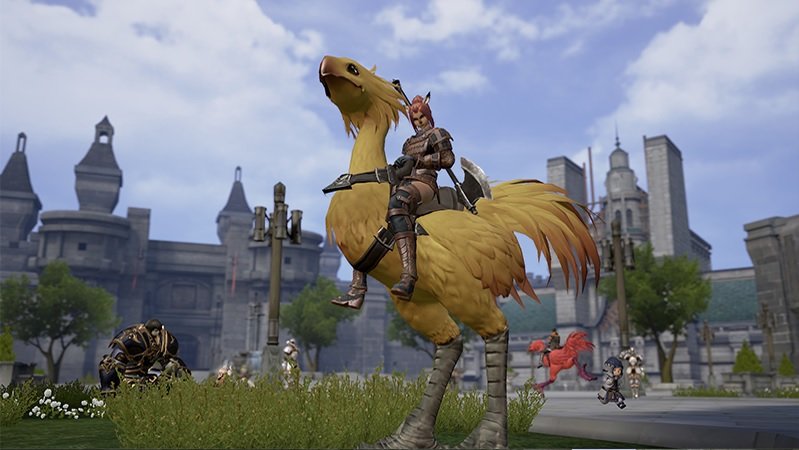 Final Fantasy XI is the game that never dies. True, its PS2 and Xbox 360 servers shut down long ago, but it maintains a healthy PC community even to this day. Square Enix hasn’t ignored the game’s incredible longevity. With The Voracious Resurgence, players have been invited to revel in all-new story content and heaps of gameplay tweaks both big and small. The free series of updates have been rolling out for months now, giving long-lapsed fans plenty of reason to return to Vana’diel even if just for a little while. Kindly, Square has made your decision to do so even easier — between December 25th and January 3rd, you can log back in without paying a dime in subscription fees.

It’s savvy timing on Square’s part. The Voracious Resurgence features several limited-run December attractions that are sure to keep you busy:

• Ambuscade Battle Update – New rewards and challenges await players, with the introduction of an elemental encounter against a heartwing. Additionally, the Qutrub battle returns for players to enjoy once more.

• “Keeping Warm in Winter Campaign” – This two-part event, beginning on December 11th, brings numerous bonuses and additions, including increased experience and capacity points from experience chains for quicker leveling, enhancements to alter egos’ stats, as well as increased accolade gains and rewards for completing Records of Eminence objectives. Bonuses are increased even further starting December 25th, with the campaign running until January 4th, 2021.

• A.M.A.N. Trove Bounty Campaign – Players who log in daily will receive two silver A.M.A.N. vouchers per day, which can be used to participate in A.M.A.N. Trove, a battlefield where they can open up to 10 treasure coffers—some of which may include powerful gear.

• Winter Alter Ego Extravaganza – The chance to obtain alter egos previously missed during limited-time campaigns is here. Bring along some storied companions with you on your journeys and you’ll never have to solo again.

Are you a Final Fantasy XI veteran? Or perhaps you’re a brand new subscriber, curious to see what the storied game has in store for you all these years later? I’ve had so much fun in FFXIV‘s Eorzea that I’m tempted to get in on all of this, myself. Stick with RPGFan and we’ll let you know what else is voraciously resurged throughout Vana’diel in the months to come!