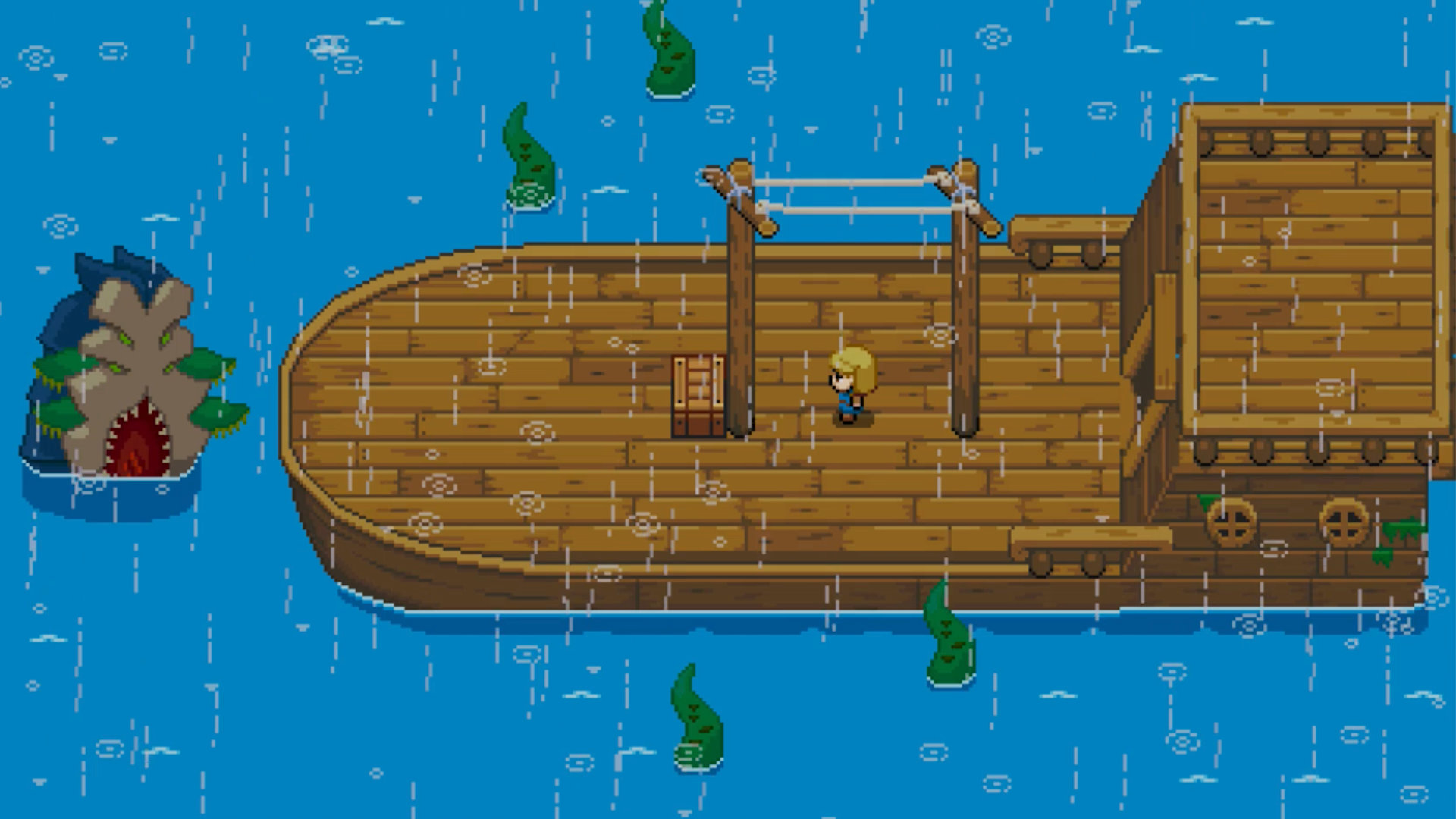 Get ready to set sail on a pixel pirate adventure! Ocean’s Heart, an RPG that pulls inspiration from Zelda, Hollow Knight, The Witcher, and Bloodborne, releases for PC via Steam on January 21st! The pixel RPG is developed by Max Mraz, creator of the 2D, Zelda-inspired version of Bloodborne called Yarntown. The game will be available in the following languages: English, French, German, Russian, Spanish, Brazilian Portuguese and Simplified Chinese.

Watch the release date trailer for Ocean’s Heart below:

The Head of Marketing for publisher Nordcurrent, Artūras Surgutanovas, had this to say about the game:

Ocean’s Heart borrows inspiration from the likes of Zelda, Hollow Knight, The Witcher, and even Dark Souls, to create an exciting take on the action-adventure RPG genre. Packed with tons of side-quests and hidden secrets, Ocean’s Heart is wrapped in an engaging story chock-full of clever humor, providing a deep and entertaining experience that will make you laugh and tug at your heartstrings. Wishlist the game on Steam today so you don’t miss our launch on the 21st!

Ocean’s Heart is a charming pixel-art action RPG set in a spirited world, brimming with secrets, magic, and perilous affairs. As Tilia, a young girl whose father and best friend have been kidnapped by the ruthless pirate Blackbeard, you must set off on a treacherous journey through a vast and dangerous wilderness to rescue him, unraveling a web of pirate conspiracies on the way. Gather items along your journey to craft potions as well as expand and upgrade your ever-growing arsenal of weapons, constantly increasing your skills to fight boss adversaries and survive deadly dungeons.

Stay tuned to RPGFan as we grow closer to the game’s release date!