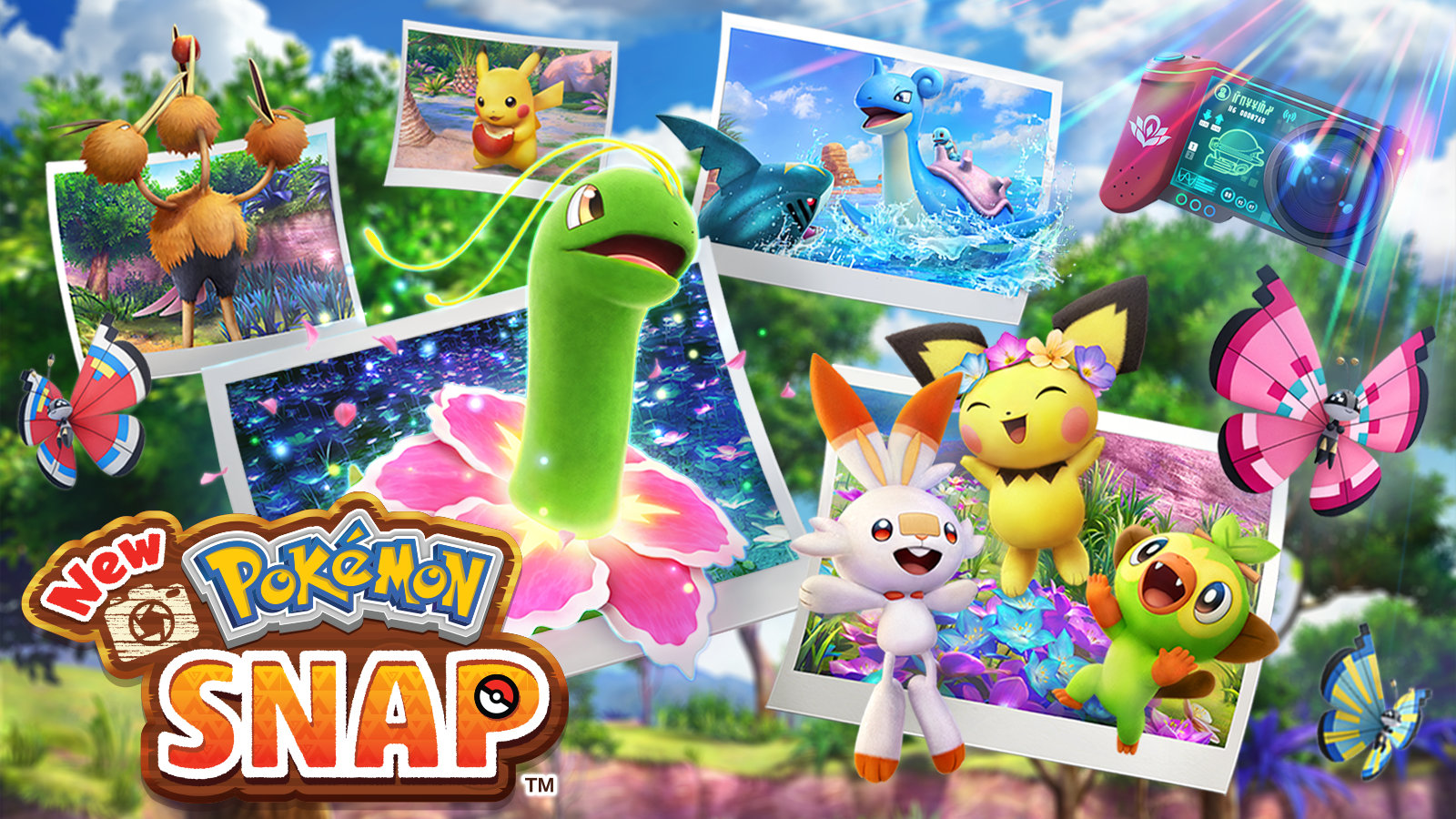 Last June, Nintendo revealed a host of Pokémon news, perhaps the most surprising of which was the reveal of New Pokémon Snap, a followup to 1999’s Nintendo 64 title. Today, Nintendo has confirmed that not only is the title we all thought was a placeholder is official, but that the game launches for Switch on April 30th, 2021.

We have a lot of new information about the long-awaited re-introduction to this photography-based Pokémon title, but let’s start with the brand-new trailer:

New Pokémon Snap takes place in the Lental region, which sounds delicious. As you can see in the trailer, this new region is host to a wide range of ecosystems, which of course makes for great homes for the many Pokémon types. Different species will have their own behaviors as you observe from from the safe confines of your NEO-ONE auto-driving vehicle; some many wander in herds, or murders, or whatever animal group term is applicable. Others may prefer solitary wandering, and like in the original game, some will be more elusive and may only be seen for a fleeting moment.

Catching (with your camera) these moments, and getting the right framing is key to success in New Pokémon Snap. You’ll get a little help, by way of Fluffruits, a fruit that can sometimes be used to lure out some Pokémon or otherwise catch their attention, letting you get the perfect shot.

Following your journeys, Professor Mirror will score your photos based on a number of factors, such as if the Pokémon is facing the camera, where they fall in the frame (no word if this means ‘centered’ or if Professor Mirror is aware of the rule of thirds), their pose, and more. You’ll start observing new Pokémon behaviors as you progress, further expanding your potential for new photos.

I know what you’re thinking right now: How many Pokémon are going to be seen in New Pokémon Snap? I’m thinking it too. We don’t know for sure—and frankly I’m hoping whatever it is can be expanded in new DLC regions. But we do know looking at new images and the trailer that it’s possible for any and all known regions to be represented, as we can see plenty of classic Kanto region ‘mon all the way up to Grookey from Sword & Shield‘s Galar.

Finally, a unique occurrence takes place in the Lental region, as sometimes Pokémon can be found exhibiting a special glow. Lentalians (or maybe they’re Lentalites?) have dubbed this the Illumina Phenomenon, and it is apparently a mystery to be solved within New Pokémon Snap. Or maybe it simply gives you a score bonus! Who can say?

Well, all of us will be able to say, come April 30th. New Pokémon Snap is available for pre-order now on the eShop and other retailers. Stay tuned to RPGFan as we learn more leading up to its release!