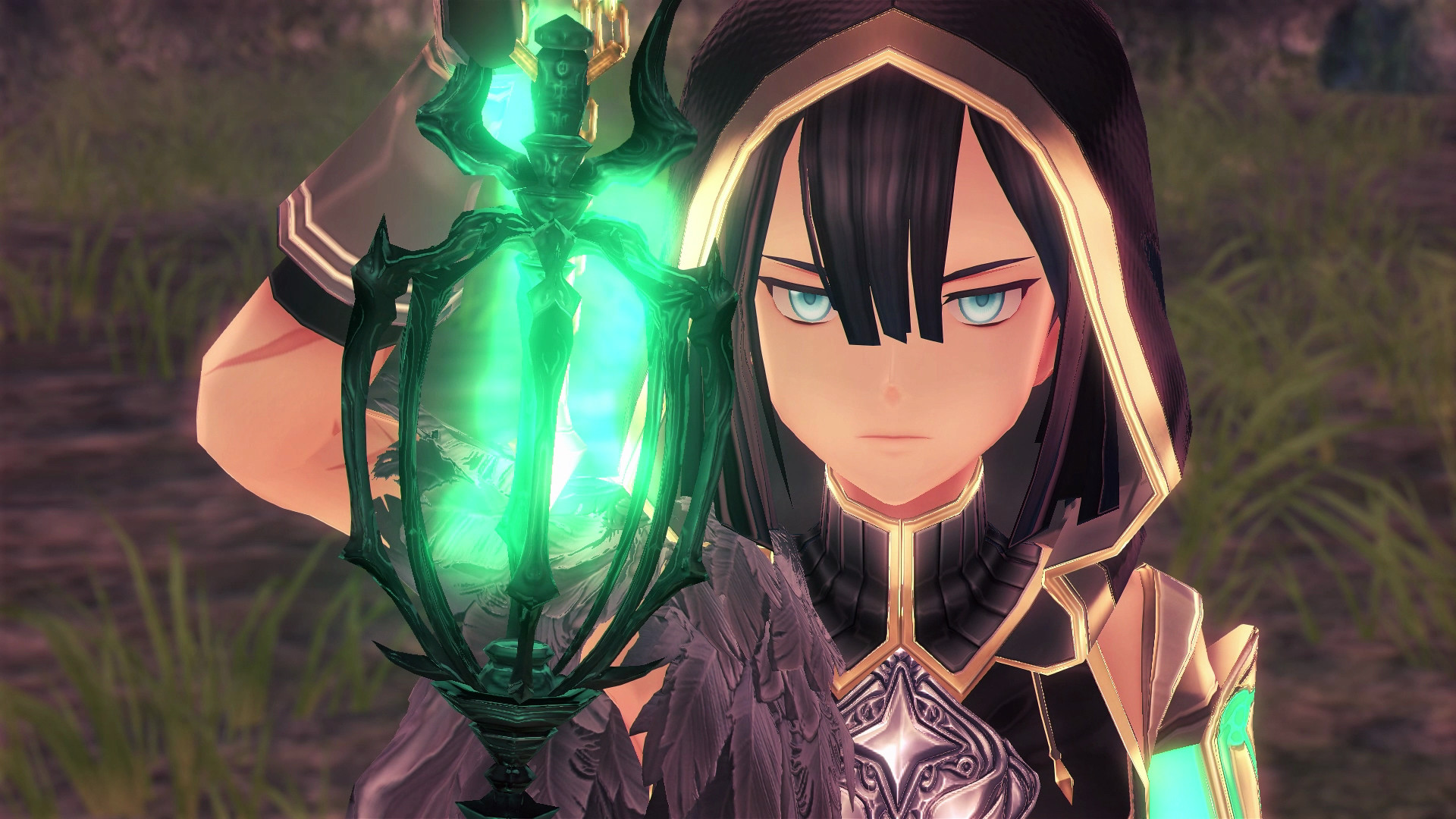 Behold! It’s February. If you’re in a temperate clime like I am, this may be the last chilly month for quite a while. If you’re somewhere warmer, perhaps you’re already in shorts again. And if your summers are Floridian winters, I guess February is just another snowy non-occasion.

But we’re not here to chat about the weather. Seasons, after all, are purely seasonal. RPGs, thank goodness, are available all year round. This week, we’ve got a couple of heavy hitters, a duology of Souls-likes, a romantic journey, an old-school localization surprise, and a “respective destiny big.” Let’s mosey!

As a rule, we tend to organize this weekly feature by release date. It just so happens that this makes Ys IX: Monstrum Nox our headliner. But it sure does feel apt either way. Allow me to provide you with a quick primer in case you’re new to Nihon Falcom’s long-running franchise of hit action RPGs. Ys has been around the block a few times, with the first entry dating back to 1987. (Just like me, even if I typically try to hide that fact.) The series is known for its satisfyingly snappy hack-and-slash battles and catchy sounds. Perhaps most importantly of all, it’s pronounced like “geese” without the g. What does Ys IX bring to the table? If you ask our very own Michael Sollosi, it’s got “rock-solid combat, fun traversal mechanics, likable characters,” and it fleshes out the Ys world in fascinating ways. On the other hand, be advised heading into Ys IX that the dungeons can feel a bit samey and the camera might be the most challenging enemy of all. Still, if your idea of a fun evening is playing out flashy fights in a well-written and groovy JRPG, the Ys series is probably for you. And if you want to jump straight into the latest chapter, Ys IX: Monstrum Nox might be your next must-buy.

So uh, hear me out. You’re Shikame Chisato. You’ve gone ahead and joined Hanko Nisshinkan School as a swordplay instructor surrogate. Your childhood friend has also joined the esteemed academy because he’s afraid of what will happen to you. Women aren’t traditionally allowed in, you see. Time passes. Dialogue ensues. You settle in. See the sights. Meet a few strapping young men. Frankly, I’m not entirely certain what happens next. You see, the problem with Byakko-tai Samurai Boys is that if its preview page is any indication of the finished product, its English localization is rough. Let me give you an example:

“And an encounter with the boys who go to Nisshinkan School, Towako Yamamoto who goes to as a gunnery instructor surrogate likewise, the youth Kotaro Saitini who has a store Nishikaya in a castle town, and the mysterious youth Nariha Agatuma who lives there as a guest staying changes the respective destiny big.”

Here’s what I’ve gathered, though let me preface by saying I would not swear this one in a court of law. Byakko-tai Samurai Boys is probably a shōjo anime-esque visual novel starring a lass who overcomes various trials and tribulations on her way to choosing her destined suitor. There’s a mystery involved because there usually is. Lastly, and this one I will swear by in a court of law, the respective destiny big. Are you searching for your respective destiny, dear readers? Would you prefer your destiny to be of the large variety? And hey, do you appreciate aesthetically pleasing text boxes? If you answered yes to all three questions, I’ve got some boys for you.

If Byakko-tai Samurai Boys somehow fails to charm a Switch aficionado in search of an early-February treat, perhaps Haven is your cure-all. As this sci-fi RPG romantic tale debuted on Windows and Xbox hardware back in November, I’ll bring regular readers back to my blurb from way back when. Haven‘s gist is pretty simple: a pair of lovers must find a way to repair their starship on an uninhabited world called Source, evading their pursuers along the way. The real selling points are Source’s enchantingly soft visuals, the game’s beautifully ambient score, and the relationship between the dual protagonists Yu and Kay. Our fearless leader Mike Salbato raved about Haven‘s soundtrack as one of his prime picks for RPGFan Music of the Year 2020. Beyond those bounds, Haven has a mixed reception. In her review of the game, Alana Hagues adored Haven‘s aesthetic and praised its intricate accessibility options, but she wasn’t exactly smitten with the underdeveloped central themes and lead characters. Metacritic‘s medley of scribes tended to concur with Alana. But don’t let that serve as a total write-off! Haven nevertheless exudes quiet and somber relaxation in every corner of its code. I’m looking forward to sampling its meditative spirit on my own!

It’s February 4th. You love your Nintendo Switch and want what’s best for it. Neither Haven nor Byakko-tai Samurai Boys strike you as a healthy choice. Might I interest you, then, in Kowloon High-School Chronicle? Originally released as Kowloon Youma Gakuen Ki, this PS2-era RPG is coming overseas for the very first time since its initial 2004 release. It arrives dressed to the nines with last year’s Japan-only remaster. First-person dungeon exploration marries its myriad dangers to more down-to-earth sections centered on school life brimming with fun dialogue options and… as you can see above, quirky clients whose frankly fearful frankfurter demands cannot be overlooked. (Nor can that adorably dated in-game web browser.) You’ll build relationships with fellow students and other allies in what I’d liken to a proto-Persona 3 gameplay mechanic whilst exploring a hidden underground labyrinth, which I’d… liken to a proto-Persona 3 gameplay mechanic. Depending on the ways in which you treat the rest of the cast, you may be liked, or you may be loved, or you may very well terrify people on a routine basis. In that sense, I suppose Kowloon High-School Chronicle is rather true to real-world high school. Alas, I don’t think you can adorn yourself in baggy goth pants and a ball-chain necklace to complete that vintage 2004 aura.

World of Darkness fans are no strangers to video game adaptations of their preferred tabletop property. The most well-known example is probably Vampire: The Masquerade, though Werewolf: The Apocalypse – Heart of the Forest is a more recent (and more relevant) example given this week’s fresh vitae! But don’t mistake Earthblood for Heart of the Forest; whereas last year’s lupine quest was set in the Polish primeval forest region of Białowieża Forest and played out in visual novel format, Earthblood is a hot-blooded third-person action RPG set in the American Northwest. The hero of the story is Cahal, but his name isn’t nearly as noteworthy as his profession. Cahal is — get this — a werewolf eco-terrorist. Shapeshifting and skill trees go paw-in-paw in Earthblood as you wander the land waging war against a cruel corporation; it’s all very World of Darkness, right up to the bit where players who don’t pay attention to their rage bars may find Cahal has gotten stronger but lost his ability to parse dialogue and tell friend from foe. I can tell you from the whopping two World of Darkness tabletop sessions I’ve attended: that’s never good.

What, pray tell, is better than the first Nioh getting spruced up with prettier graphics and a more stable frame rate thanks to the power of PS5? You guessed it — or the headline spoiled it — Nioh 2 also receiving those bells and whistles. Team Ninja’s fun pair of Souls-likes don’t exactly tell the greatest (or most coherent) stories, but they make up for such flaws with strong level design, a complex interplay between numerous in-depth gameplay systems, and the type of challenge that will leave your ego bruised but your spirit satisfied. Those fortunate enough to have already snagged a PlayStation 5 may want to pick up this pair. Especially if they also happen to be seeking more sweetly punishing pain after finishing the superb Demon’s Souls Remake.

I recently bought a tiny cactus plant on clearance from a local retail chain. The only directions included with the plant were, and I quote, “water when dry.” I don’t understand. I’m sure this is a me thing. Most people would know what to do here. But this is a cactus. Am I truly supposed to douse it in liquid every time its dirt is not wet? I’m not good at this at all. I want what’s best for my little window sill buddy. It’s OK. I’ll conduct some research and figure it all out before next week’s article.

That’s what I love about RPGs. I get RPGs. I grew up with them and I understand the fundamentals. Sure, some games are better at explaining themselves than others, but at their core, the rules rarely change. I’m going to play an RPG now. Right after I water my cactus. Because it’s dry?

Let the cactus dry out and then water. Basically, don't keep it damp all the time.

This has been super helpful! I'm sure it seems kinda ridic for me to have stumbled over something so simple, but I'm just now attempting to sprout a green thumb as I enter into my mid-thirties. LOL.

Only you can determine the order if operations in your life. For you, it's cultivating a green thumb in your 30s. For me, it is becoming a confident home chef in my 40s. Best of luck!