Posted by Abraham Kobylanski on March 2, 2021 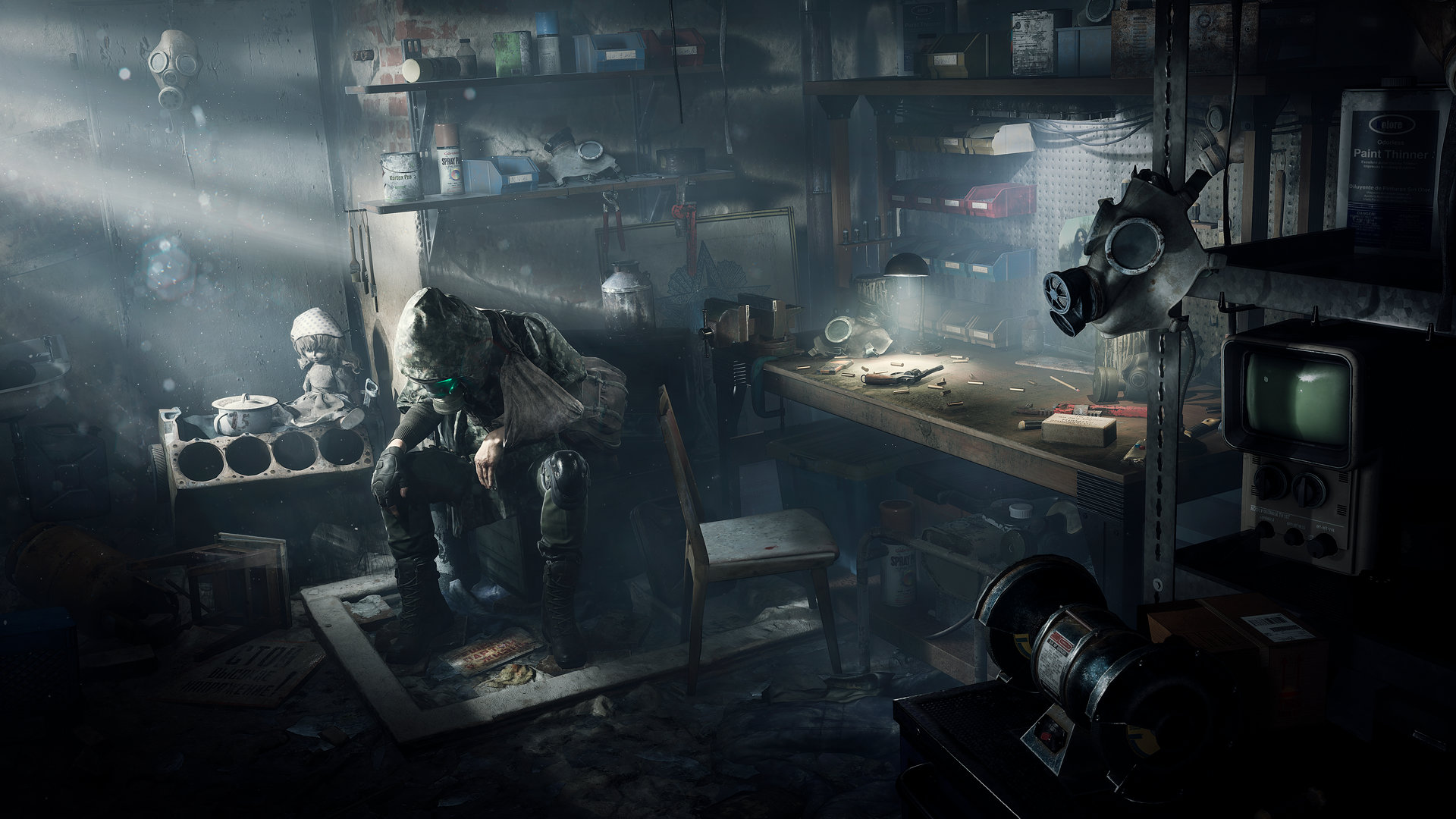 In 2019, HBO’s Chernobyl series stirred new interest in the 1986 nuclear plant explosion in Ukraine. The site of the disaster became a destination for dark tourism and a renewed warning for parts of the world still relying on nuclear energy.

On the heels of that trend, Polish developer The Farm 51 is nearing completion of its take on the tragedy in video game form, with its first-person horror survival RPG, Chernobylite which, though in early access, has plenty of content to dive into. Players themselves get to delve into the exclusionary zone without risking radiation poisoning. Truly a labor of love, the landscapes and structures in the game are a recreation of the former nuclear plant site and surrounding abandoned city, pieced together from photos the crew took of the actual area, braving the radiation themselves in the name of our entertainment. Some of the sights will look eerily familiar to fans of the TV series. Hopefully for the developers’ sake, the game’s monsters and paranormal events are fictional and weren’t also based on first-hand experiences.

Players take on the role of Igor in his obsessive quest to find his missing fiancee, Tatyana, “the woman in the red dress,” both of whom had been workers at the nuclear plant at the epicenter of the disaster. In her absence, he continues to hear her voice guiding him along the way, but not soothingly. The story is on track to be a haunting and creepy yet beautiful meditation on the lives lost in and affected by the real-life disaster. But it certainly doesn’t appear that Igor is going to like what he discovers.

Fans of the modern Fallout or S.T.A.L.K.E.R. series should find themselves in familiar territory, as Chernobylite features survival-based gameplay where it’s necessary to scrounge for food, ammo, and other supplies. The base-building, crafting, and recruitment of companions especially evoke Fallout 4. And those players will again find themselves checking their dosimeters, furiously clicking away as they move through radioactive spots in the zone before putting it away, deciding it’s better not to think about the rads they’re taking. The game also boasts a dynamic story system — with characters and events appearing randomly and branching paths in the main story — that plays out differently from game to game.

Players pick which missions to take on from home base, and they also have the option to put the companions they’ve found to work, sending them out to collect food and ammo while Igor continues in pursuit of his obsessive goal. But new-found pals must be kept happy and fed, or they might not want to be friends anymore, or worse, start to consistently fail at their assigned tasks. In true survival-story fashion, there were points in my campaign where I actually had to consider whether I should/could keep them around, as our supplies dwindled and there was one companion who wasn’t pulling his weight in my eyes.

Rather than one massive map, missions take place in several open locations across the exclusionary zone. Once players begin a mission and check the map, there are icons noting points of interest in addition to the target symbol indicating the main objective, as in any open-world game. But nearly all of the markers are question marks that forebodingly litter the map, representing characters, troves of items, and other events worth the effort to seek out. But that discovery may be disturbing.

As players traverse the maps, they have to deal with soldiers of the NAR, a shadowy military organization that Igor hopes has information on his absent love. But the soldiers do not love him, and players have to come up with creative schemes to take them down using guns, traps, and stealth attacks, reminiscent of other first-person shooters. But Igor is not a natural-born killer, and if players try to go all Terminator on the human enemies, Igor’s psyche meter will wear down. There are also threats that are much more frightening than humans…

Did I mention the horror? The Farm 51 is seriously trying to scare the bejeezus out of players with plenty of creepy situations to get entangled in. A guy sitting in a room by himself rocking back and forth while muttering something about “the Black God” might not be in a good place internally. That’s just one of the frightening scenes players may stumble across. Far from offering mere jump scares (though jump players will), the frights are often fraught with symbolism regarding the disturbing events of the actual disaster. The dilapidated buildings themselves are creepy enough, and the frightening events in the game dug into my skin. The game effectively creates an atmosphere of fear (an atmosfear, if you will) with lighting, weather effects, and foreboding music. Chernobyl is, after all, a ghost town, and there are indeed ghosts in this town. And for horror movie fans who like to laugh at characters behaving stupidly, now they get to be in the shoes of that stupid character while pursuing Igor’s obsessive goals!

Death is not even the end for poor Igor, but the game explains that dying is just part of the process (easy for it to say). A number of things can happen when the health bar runs out. Players may wake up tied to a chair, captured at an NAR base and needing to devise their own escape. Dying also may offer the chance to recall past story events and change decisions, in case players have regrets about something they did. And who doesn’t wish they could go back and change decisions they’ve made in the past?

The developers surely have more frights to throw in before the full version is released, so it may be worth the wait for, hopefully, that extra layer of polish. By all accounts, The Farm 51 have come a long way since October 2019, when they first unleashed Chernobylite on Steam, and hopefully they continue making progress as the release approaches. But the story, gameplay, and freaky horror elements present are already haunting my nights.

PC gamers will get the first crack at Chernobylite, currently set for release in the 2nd quarter of 2021, but the game is coming to PS5, PS4, Xbox Series X, and Xbox One. Check back for a full review when the game is finished, and get ready to freak out.