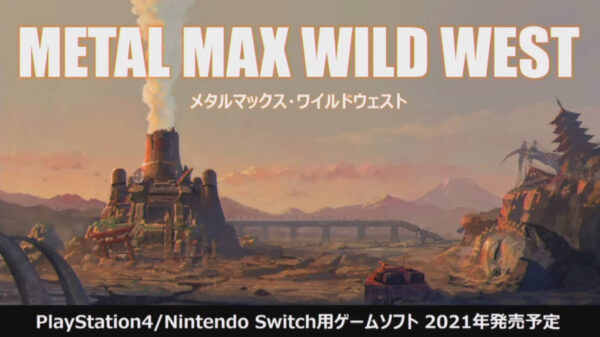 Project Wolf isn’t the only Metal Max project in the works. The previously announced Metal Max Xeno: Reborn 2 has been officially christened as Metal Max: Wild West, and will bring a new post-apocalyptic adventure to PS4 and Switch in Japan sometime this year.

This announcement comes from a recent livestream in anticipation of the series’ 30th anniversary. More information on Metal Max: Wild West will be revealed on May 23rd. Special goods to celebrate the 30th anniversary will go on sale beginning April 1st.

Keep an eye on RPGFan for continued coverage of the Metal Max series!